April 4, 2016
Theater Review
Review: The Seagull and Other Birds 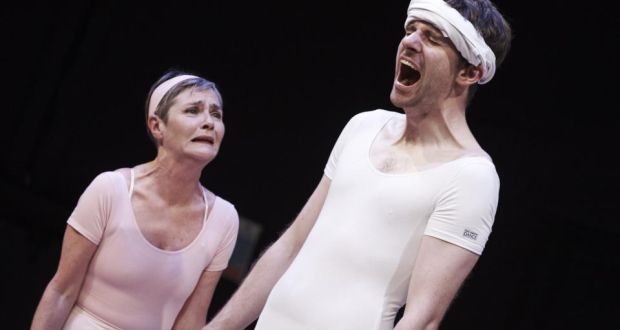 There is something about Anton Chekhov’s The Seagull that seems to invite frequent reinterpretations and adaptations. Perhaps it is the depth of the characters, the subtlety, or the universal themes that do not grow old. As with the endless reimaginings of Shakespeare’s plays, some are bound to be better than others, to develop new themes and speak the old ones differently with various modes of articulation.

Pan Pan Theatre Company’s The Seagull and Other Birds is a comedic deconstruction of Chekhov’s classic work and incorporates a slew of pastiche into the original text of the play, including the texts of other classic plays, references to YouTube and classic television shows, rock, pop and hip hop, and new texts written specifically for this particular adaptation. Postmodernish tendencies throughout like scalpels cut up the original text with self-referential analysis of the foundational play and the overall motion is one of subversion. Deconstructing and subverting a text from within, however, is usually dubious ground to tread, for how does one at once deconstruct the very structure to which it is bound in order to survive? This is the central problem for The Seagull and Other Birds; it seems uncertain whether it is parodying Chekhov’s work or examining it, taking it apart or building upwards on its foundational themes. It never moves far enough beyond the narrative shape of the original play to examine it in the cradle of its own palms, nor does it ever show enough affectionate fostering for the source material to give proper fruition to the thematic kernels from within. The result is an awkward and unwieldy chimera, both in the sense of its incongruous parts and in that it posits a fancy that is not quite reachable.

Where The Seagull and Other Birds most succeeds is where it at the same time perhaps most fails, and this is in the realization of Chekhov’s The Seagull as a comedy. If Scary Movie taught us one thing in its parody of Wes Craven’s Scream, it’s that to make a send-up of a send-up is just to be redundant and to miss the point of the original entirely. The Seagull requires only a proper delivery to be funny in and of itself and its mockery of the vanity of artistic pretentiousness and human nature is self-evident. That being said, through its own conglomeration of reiterations and strap-ons, the company is allowed to give free play to their comedic abilities which they undoubtedly harbor in abundance. For what it is, there is not a single member of the cast who fails to play it properly straight, and the performances, taken at face-value, are frequently quite funny. The best thing about the changing contexts contained in this adaptation are that they allow the actors to display a full range of comedic talent and they elicit plenty of chuckles throughout. Yet one cannot but help to be left wondering if sometimes the most subversive adaptation is the one that stays true to the original.