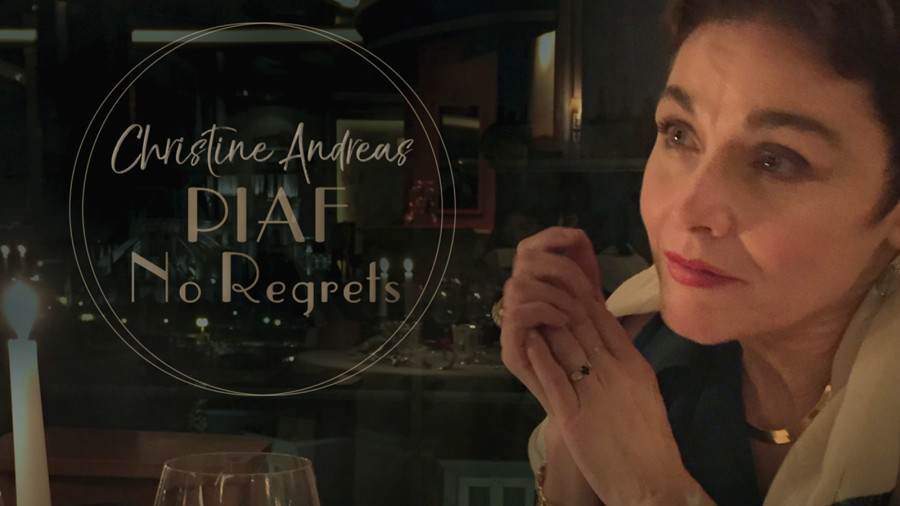 Christine Andreas doesn’t speak French, but she loved Edith Piaf so much that she learned her songs in order to put together a show called Piaf No Regrets at Feinstein’s/54 Below. The Tony nominated performer found Piaf’s work just so powerful that she knew it would transcend all language barriers, in order to communicate something beyond our understanding. Her renditions of Piaf’s classics have both the technical voice mastery and the haunting quality that have made Edith a classic. Andreas is no stranger to taking on new skills for her work, when we spoke on the phone about her shows at 54 Below, she shared some of her learning secrets including the Bulgarian technique of “super learning” and “the brain gym”, both of which involve chairs and agile body movements. “I’ve always used my body to learn, my brain is very active and likes to play tricks on me, so I don’t like to consult my brain” she explained...

I’m sure Eliza Doolittle would’ve loved knowing all those techniques.

I think when you’re in our profession you need to learn things, the enemy of any performer is self-consciousness. Watching yourself doing it is the worst, even doing this interview, if you’re thinking you hope you ask the right questions and I’m thinking I hope you like me, then we’re not making a connection. You need to do all you can to get crap out of the way, performing is like having a good conversation.

When I’m on a roll it does. The first time you do a show you’re saying those words to people for the first time, the audience is your teacher they let you know what works and what doesn’t. I don’t mean to sound like I’m praising myself, but sometimes they like you, but then again sometimes you feel the energy dropping. With a brand new show you just don’t know. As long as you honor the audience, they don’t mind. I like my audiences, I only give them the truest thing I can give them. I wanted to buy this Piaf biography by Carolyn Burke called No Regrets so I went to Barnes & Noble and they didn’t know how to spell Edith Piaf. I thought, are you kidding me? I’m older, maybe I’m in a different world. It’s important for young people to remember the great artists, that’s why I wanted to bring Piaf back without all the myths and legends. I wanted to present her to newer generations that she existed, while reminding older generations of the humanity in her. She came from nothing, she was just singing songs about the working class, as any good anti-bourgeoisie singer would do, she was a punk rocker. Someone called her Patti Smith with a French accent.

With her incredible catalogue how do you choose what songs to do?

You want to do them all but you can’t. I want to do three Piaf shows, but for the first one you have to do something more general, where every song represents something in her life. She sang love songs about pimps, tough guys, prostitutes, it was fascinating. She kept changing with the times, she realized at one point she wasn’t a chanteuse, she was a singer, she wanted to elevate the art of her time. Her biggest affair was with her audience, she wanted to make them happy, she tried singing comedic songs like Maurice Chevalier and she bombed, they wanted her to do the tough songs. She was a workaholic, she’d do two shows and then go to rehearsal at 3 AM. After two shows I want a martini! She was also a metier, she was very disciplined, she was tough on herself and those who worked with her. She was kind, bossy, she was everything. I want to put her in the room at Feinstein’s/54 Below, I heard what other people said about her, you can evoke a human being by talking to others about her, sometimes even just by hearing how they talk about her, sometimes they’d just say “she was Piaf” and that’s all you need to know. Jean Cocteau called her a genius, she synthesized her reality, put it into music and made it come to life, she made you feel things on a very profound level because that’s how she felt them.

She was more than what we know.

Yes, she wasn’t only drugs and affairs. Elaine Paige did a show in London called Piaf, she was unbelievable, when I talked to Elaine I said “let’s talk Piaf”, she told me about all the people she interviewed to do the role, she went to Paris and met Charles Aznavour who was her protege. At first he didn’t want to talk to her, he’s older and cranky, she finally got his attention and he told her stories, including one about the time when he was Piaf’s chauffeur and she didn’t want him to use his hands o to drive, maybe they were singing, so he used his feet, they crashed and she broke her jaw. She had four accidents like that, the woman would shoot drugs because she was also in pain. I’m not saying she didn’t enjoy them a little, but she had to do them. She also worked five times harder, nobody could keep up with her, not even younger men could keep her pace. 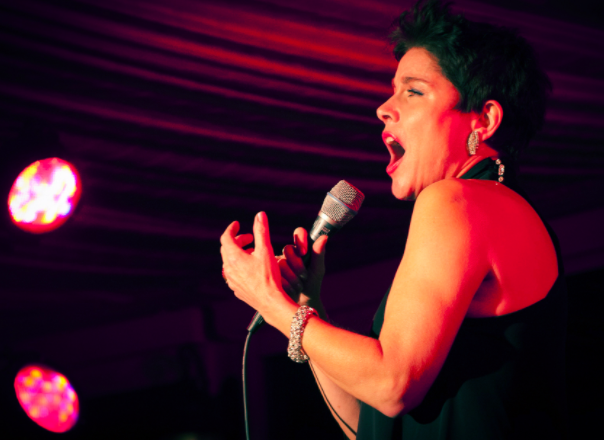 If you could get her in the room, what would you want to ask her?

There’s many things about her I understand by reading, but I’d want to ask her what she’d like for me to translate to this generation? What would she want to pass on to today’s artists? She was a very generous mentor, she mentored Yves Montand, Eddie Constantine and everyone would say she treated you like a million bucks. When she would say to Constantine they loved him more than her she meant it, she was tough, but she had no ego.

We know all about the pain of people like her and Judy Garland, but very little beyond that, and I’m guessing they must’ve had some happiness.

I did a show on Garland and she’s harder to do because she bought into the victim, Piaf didn’t. Garland sucked energy out of me, they both laughed and had great energy, but Piaf wasn’t needy, Garland was. They didn’t like being alone, Piaf was abandoned by her mother, how do you heal that? Garland was handed amphetamines like candy when she was a kid, so she would learn the Busby Berkeley routines. They both died at 47 but I think Piaf was happier, she was able to give more to people.

Which of Piaf’s qualities and lessons have been the most important for you?

She said a lovely thing: the most important thing in life is a resilient heart. When you’re a celebrity like she was, insane things would happen, she wrestled with so many tragedies, so resilience is an important credo. All artists want fame and to be in the spotlight, but then you need to learn how to live in it. People talked about her all the time, she had to cope with that and not buy into her own sensation, she had to stay an artist and that says a lot about her resilience. It’s hard being an artist, sometimes you can be an artist and a celebrity, but when you buy into the sensationalism you lose your spark, she never lost that spark.