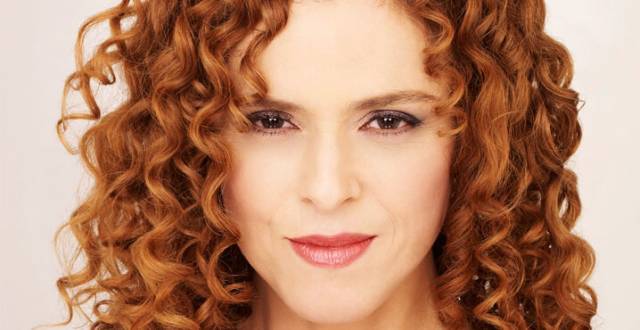 In the spirit of full disclosure, I should admit a personal bias that made it very difficult for me bring even a modicum of objectivity to this article: I unequivocally, unironically, absolutely freaking love Bernadette Peters. I've been enamored since I first saw her light up the screen in The Jerk as a 12-year-old gay boy. Later, like any high school theater nerd who repeatedly watched the original Broadway production of Into the Woods on DVD, her chilling and hilarious performance as the Witch upped the ante and endeared her to me forever. Add to that my Sondheim obsession and a lot of YouTube binging on her live performances, and you have yourself a reviewer poised and ready to gush over her one-woman musical review.

The evening was presented as a concert of songs curated from the countless Broadway shows and Grammy-winning albums that have made Bernadette Peters the legend she is. "No One Is Alone," "Being Alive," and "Children Will Listen" were among the night's most memorable and touching moments, but the entire affair was exactly as marketed: "a glamorous evening as only Bernadette Peters can do."

On the way to the show, my friend and I took bets on what to expect. How many costume changes would she have? What color will the dresses be? Will she start with a red dress and then switch to black, allowing her to peacock through the fun numbers and reflect during the somber ones? How many times will I cry during "Send in the Clowns?" Two? Seven?

Peters entered the stage to rapturous applause, her alabaster complexion as luminous and her trademark red curls as meticulously manicured as ever. In case you're wondering, her one and only dress for the evening was a subtly stunning lavender, a shade that worked just as well for her emotional moments as it did for her pluckier, more sensual sensibilities. More grabbing than her beauty and clothing, however, was her voice: she wasted no time in throwing down the gauntlet, and her illustrious pipes are more tuned and harmonious than they've ever been.

Obviously, this sort of night has its limitations. The "one-person musical review from an established Broadway legend performing the songs that made them a legend" is essentially a sub-genre of musical theatre, in and of itself. Pretty much every big name from Broadway over the age of 50 has dabbled in this format, from Mandy Patinkin to Patti LuPone. In her final years, Elaine Stritch was doing almost exclusively one-woman reviews with a 30 Rock appearance here or there. Like any "Greatest Hits" concert, it's a contrived event — in so far that it is decidedly non-experimental — but it's a pleasant evening that highlights the star's voice, range, and personality in a way that goes down easy.

Peters has been dabbling in this sub-genre for years, perhaps most notably with her 2005 live album Sondheim, Etc., Etc. (in fact, her show at NJPAC was ostensibly a trimmed down, tour-ready version of that album), and her approach has always been that of glamorous simplicity. She doesn't bring the boisterous vulnerability of Elaine Stritch, whose Tony-winning one-woman show At Liberty delved into the litany of demons and alcohol problems she faced throughout her career (if Bernadette Peters ever had an issue with substance abuse, you won't be hearing about it in this show). She doesn't have the somber humility of Mandy Patinkin, who somehow remains subdued and statuesque through every manner of humor and tragedy; nor does she exhibit the live-wire freneticism of Patti LuPone, ever-poised to verbally or physically assault an audience member if they dare not to silence their cell phone.

(Incidentally, a phone alarm did go off in the orchestra right as Bernadette Peters reached the most tender and climactic moments of "Send in the Clowns" — for better or worse, she ignored it).

Instead, Peters aims simply to delight and impress you with her considerable charms: some playful small talk between songs, a sexy number here, a sad number there, and a charming good night lullaby to round out the evening. It wasn't life-changing (although I absolutely did cry twice during "Send in the Clowns," despite that damn phone alarm), but it was whimsical, fun, and demonstrative of her unbelievable vocal talents. If I had any doubts about her status as a national treasure (which I didn't, but hypothetically speaking...), then I certainly don't anymore.

I was born a coal-miner's daughter, and I remember well the well where we drew water.