July 29, 2021
Cabaret
Manhattan
Midtown
54 Below
Robbie Rozelle
REVIEW: Robbie Rozelle is Back, Back, “Back in the Basement” with Cathartic Feinstein’s/54 Below Return 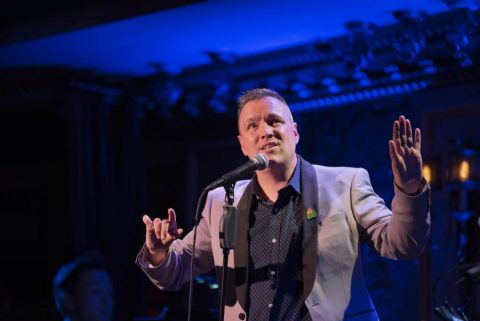 “I have lived through plague and famine and drought, and there is a stopclock up here that is making me more nervous and sweatier than I’ve ever been in my entire life.”

Such is the sassy signature wit we’ve come to love – and expect – from theatrical multihyphenate Robbie Rozelle, who’s back, back, back in the basement, as the title so proudly declares, and better than ever, filling the intimate (and newly-reopened!) Feinstein’s/54 Below with his light and warmth as only he can.

Emphasizing the importance of devising a brand-new show to offset all the incessant binging we’ve been engaged in throughout the last year and a half, he delves into a treasure trove of musical theater gems, tapping into our shared pandemic experiences, while detailing his own turbulent journey of losing and finding himself amid the madness.

Among the highlights on this raucous romp are a vibrant, vivacious medley (natch) chronicling his doubt-ridden road to accepting the gig within 24 hours, a topical selection from Carrie which depicts life in isolation (“When there’s no one, there is darkness” / “When the song dies, there is silence”), a delicious Barbra/Judy duet, complete with riffs that rival them both, and a tender tribute to his husband that is sure to leave you welling up. 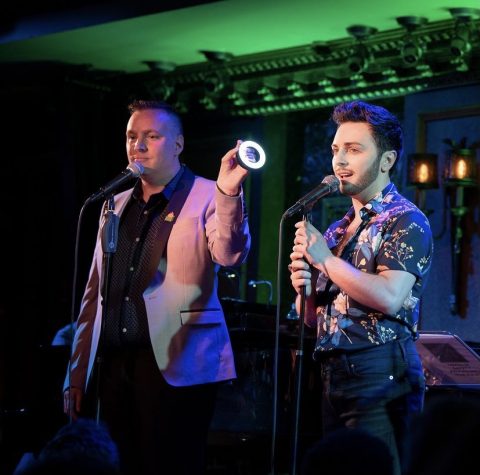 Of note, as well, is special guest Joseph C. Townsend (featured on the aforementioned duet) who, after Rozelle recounts a “strong-and-wrong” performance of Jekyll and Hyde gone awry, also joins the headliner to relive one of the show’s iconic numbers.

Of course, protocol amid a pandemic presents its obvious limitations; as such, the evening is truncated both in length and, as Rozelle laments, the size of his band. Nevertheless, his newfound ensemble, cheekily dubbed the “Roundabout Reduction,” is in its fullest form throughout; the brassy trumpets of his past shows are swapped out for strings, creating a unique, funky-fresh vibe – a new sound for a new era. In particular, musical director Yasuhiko Fukuoka expertly glides across the keys, surprising us with genuinely moving instrumental moments where you wouldn’t otherwise expect them.

What’s more? The voice! Rozelle is crisper and more full-sounding than ever, a feat further punctuated by high Gs, sustained vibrato, options up and Elphaba riffs. 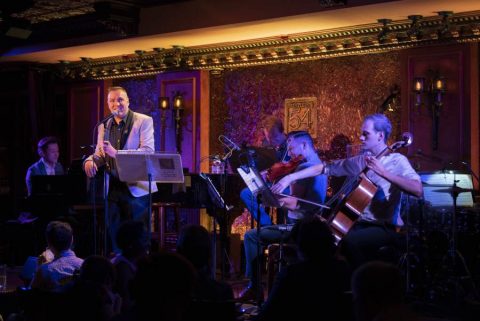 Throw in a soupçon of snark (“It’s so wonderful to see faces... and pants!”), jabs at everyone from Stephen Sondheim and Alice Ripley to Liz Callaway and Norm Lewis, and passes at cheese fries, Instagram Live, and actors entering the real estate market, and you’ve got all the makings of a glitzy glam Robbie Rozelle evening.

And sure, at first glance, the structure may seem a bit jumbled and haphazard, bouncing from a centuries-old Irving Berlin hit to a tune from Sesame Street, with the perennial “Meadowlark” popping up at another point later in the evening. But look again. It’s a collection of songs that mean the most to him, with poignant lyrics that perfectly encapsulate all that we’ve been through in the last 16+ months – a balm to the collective grief and uncertainties we’ve all endured within that time.

“I felt so lost,” he said, of how he handled himself in the pandemic. “I felt so alone and sad all the time,” and, where he’d usually turn to musicals to alleviate that pain, due to the shutdown, “musicals weren’t there for me. And musicals have always been there for me.”

Whether or not he considers himself a performer, frequently quipping that he “fell into” the art form because he got a call from the staff, he’s a genius at crafting an evening, mining a set list for poignancy, and stealthily planting morals and themes within songs and stories, so that we can watch them gradually blossom as the night goes on.

That’s his magic. That’s what he does.

And it’s because of this magic – coupled with meticulous planning, thoughtful consideration of his audience, and an unapologetic zest for life and performance in general – that we, like him, despite all we’ve been through, have the courage and confidence to know that whatever life throws our way, that “we’ll be here tomorrow... simply going on.” 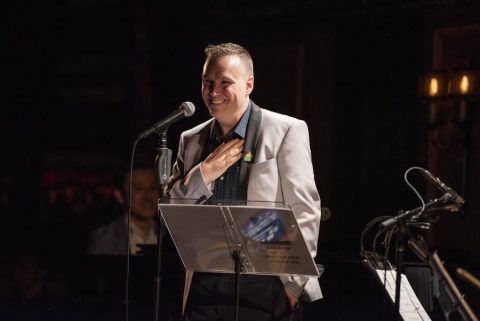