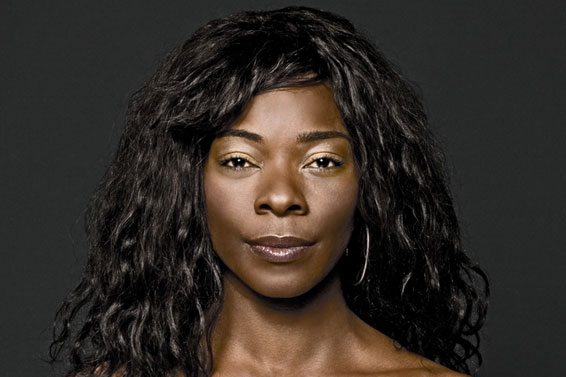 On June 18, 2015, Mallorcan cantaora Concha Buika, headlined The Town Hall as part of the Blue Note Jazz Festival. She was effusively received by the audience who cheered so often, that on many occasions she missed her cue to start singing. Her recital therefore, transformed from a traditional concert into something much more intimate, mystical even. Dressed in bright pink, with her elaborate braids coming all the way down to her waist, Buika first made an offering to the dead by pouring some of her wine on the ground. She then burst into a sensual rendition of “Sueño con ella”, accompanied by her three musicians. As she sang about the memory of someone who feels more like a dream, she seemed to put the entire audience under a spell.

Not that she has to try very hard either, her voice recalls some of the most iconic voices of flamenco, but her raw emotional delivery often makes the songs seem improvised, as if she was coming up with the lyrics on the spot. Even classics like José José’s “La nave del olvido” acquire new depths when performed by Buika; as she sings “wait a little bit more before you take away my happiness”, she turns the torch song into the melody of a siren, filled with saudade over the man she loves but knows she will never see again.

In between numbers, her exchanges with the audience went from the political (she encouraged the legalization of marijuana expressing that it kills less people than tobacco), to the comedic (she engaged in dialogue with an audience member who kept yelling her compliments and asking her to marry him, her response “don’t be a tease”). Most of all though, she was extremely personal and confessed to being in the midst of heartbreak; when someone in the audience asked her to sing “Las simples cosas” which contains lyrics that compare saying goodbye to meaningless things, to a tree shedding its leaves in autumn, not only did she oblige, she then asked the audience member “how could you do this to me?”

Looking happy, honored to be there and also melancholic, at one point she expressed “why should I suffer over not being loved by one man, when I am loved by all of you”, her sincerity never seeming affected or rehearsed (in fact she even confessed she considered rehearsals for a show to be a disservice to her audience, although she knew she had to give them their money’s worth). She gives so much of herself onstage that one has to wonder how at the end of a show she’s able to collect herself and perform again. How isn’t she consumed by the fire of the emotions she displays? Buika might sing about the simple things, but few performers alive are as complex and full of life as she is.