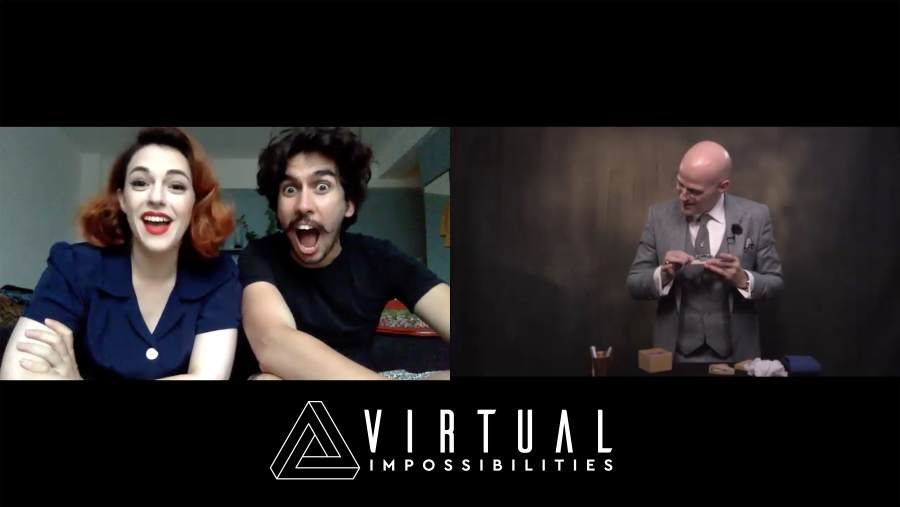 Eric Walton, whose one-man show Esoterica was a long-running hit Off-Broadway and a London Time’s Critic’s Pick, will continue performances of his acclaimed new evening of mentalism and mind-reading, VIRTUAL IMPOSSIBILITIES. Performances will be streamed live from Manhattan’s wild project January 2 – February 27, Saturdays at 3pm & 8pm EST. (Note: no shows Feb. 6). Running time is 60 minutes. Tickets are $20 per household at thewildproject.org.

VIRTUAL IMPOSSIBILITIES is a fully interactive, multimedia, virtual performance of mind-reading and mentalism by the critically acclaimed and award-winning entertainer and showman, Eric Walton. In this highly engaging and thoroughly entertaining online show, Walton presents many of the astonishing feats of mind-reading and mental acuity that have made him one of New York City's top mentalists. Walton has carefully adapted material from his live performance repertoire to suit the virtual format, and has also developed entirely new routines, tailored specifically for this exciting livestreaming platform. Far from being mere passive viewers of the show, the audiences for VIRTUAL IMPOSSIBILITIES participate actively in the performance, engaging and interacting directly with Walton throughout the experience.

Eric Walton has been a performer of the mystery arts for over two decades, during which time he has presented his singular brand of magic and mentalism at theaters, performing arts centers, comedy clubs, universities, and festivals throughout the U.S. and the U.K. His one-man show, Esoterica, enjoyed a seven-month Off-Broadway run at the DR2 Theatre in 2006 and in 2008 was a sell-out at the Edinburgh Fringe. His most recent one-man show, Eric Walton: Mentalist, debuted in New York City in 2017 and has since been produced at numerous theaters in the U.S. and at the Theatre Royal Stratford East in London. Eric's unparalleled skills, personal charm, and showmanship have garnered the accolades of theater critics from the New York Times, London Times, Variety, Gothamist, and a host of other media outlets internationally. For more info visit ericwalton.com.

"The sharpest knife in the drawer… Walton's wizardry will leave you speechless and perhaps just a little freaked out." ~Gothamist