The holiday season is upon us, and that means a slew of holiday theatre is headed your way. At the Lucille Lortel Theatre, Tinsel: A Global Holiday Celebration will feature a lineup of joyful, live celebrations from around the world. Running December 6 - 31, Tinsel includes fantastic performers and fun holiday vibes. Still need convincing? Here are 9 reasons to attend New York City's holiday event of the season. 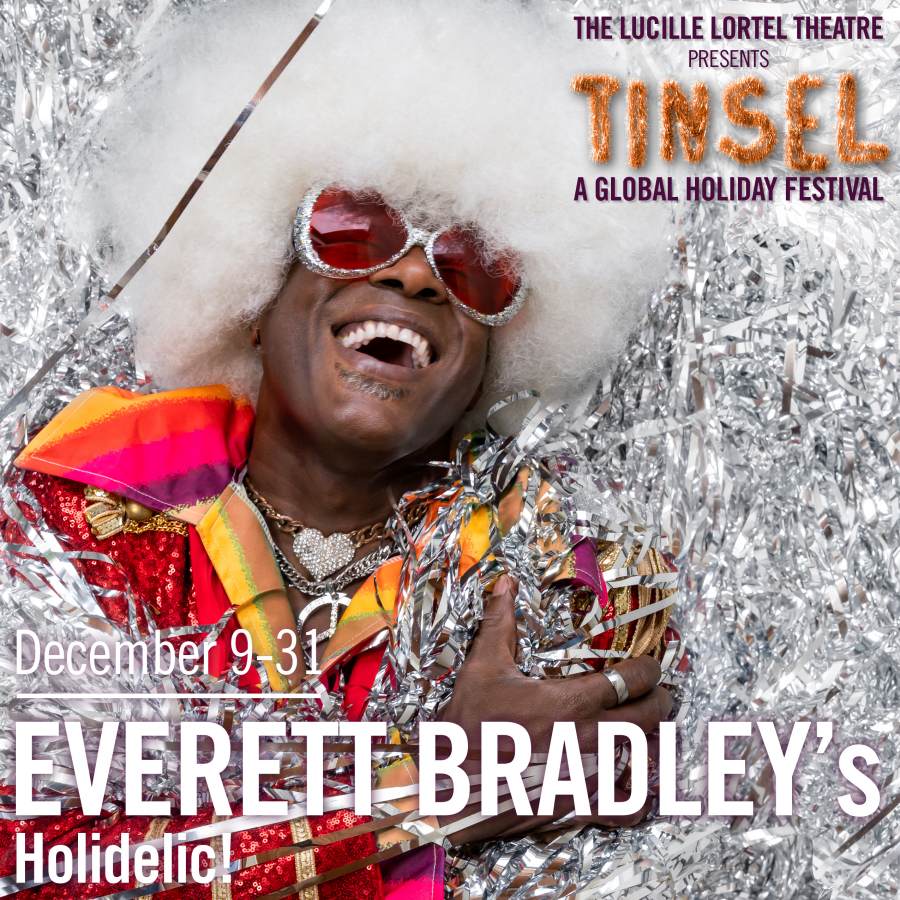 1.Who doesn't love a funky Santa?

This year, Everett Bradley, percussionist of E Street Band and Bon Jovi, returns to the Lucille Lortel stage as Papadelic: the Father Christmas of Funk. In this rocking holiday show, Papadelic--a combination of Santa Claus and George Clinton in 6-inch platform boots and a big white fro with Christmas lights in it--plays Christmas-themed funk songs, parties with his backup singers, and just generally has a good time. Holidelic plays 12 performances, which means you have no excuse not to catch this truly one-of-a-kind show.

3. Christmas music + tap master Jared Grimes = an evening not to be missed

Award-winning choreographer and tap dancer Jared Grimes was most recently seen performing with Daniel J. Watts at the 2021 Tony Awards. But Grimes has also toured with Mariah Carey, performed on Broadway, and choreographed for Cirque Du Soleil, DC's Signature Theatre, and many other venues. In his one-night-only Christmas show, Jared Grimes's Christmas in the Lab, Grimes will get fancy with some of your favorite holiday tunes, exploring them in ways you never imagined possible.

Jared Grimes isn't the only incredible dancer performing at the Lortel this holiday season. Brinda Guha's Kalamandir Dance Company will serve up invocation (a holiday summoning): a collection of South Asian performances designed to bring healing and serenity--something we could all use in this chaotic holiday season. If you're looking for something more high-energy, Cumbé, the Center for African Diaspora Dance, will present A Holiday Celebration: an evening of musical festivities and traditions drawn from the African diaspora. Last but certainly not least, Ronny Dutra's Réveillon Branco - A Brazilian New Year's Eve Celebration is a Rio New Year's Eve party complete with unusual traditions, holiday superstitions, and lots of Brazilian dance. 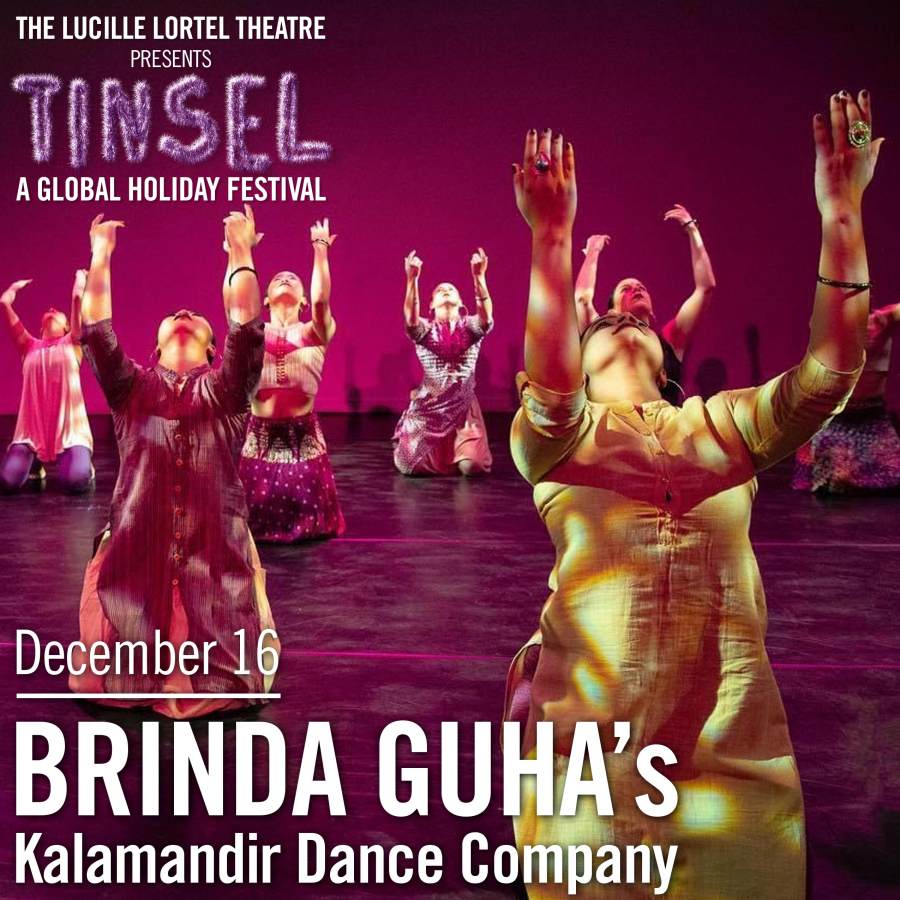 5. Jive with the star of Ain't Too Proud.

Currently starring as one of The Temptations in Ain't Too Proud, Jelani Remy previously played Simba in Disney's The Lion King. Now, he's set to heat up the Lucille Lortel stage with his sizzling West Indian-inspired show 'Tis De Season with Jelani! Besides Remy's dynamic stage presence and dazzling voice, you can expect to enjoy authentic steel pan playing and surprise guests.

NYC is a city of immigrants, and two exciting holiday shows at the Lortel will highlight that. Pastorela: A Very Merry Immigrant Christmas is a comic take on the Nativity story with a Mexican twist. Jaime Lozano & The Familia's Canciones Para Navidad will feature stories and songs about the immigrant experience, led by Mexican-born Broadway star Jaime Lozano. An all-Latinx/Latino/Latine cast of Broadway and Off-Broadway performers joins him, including Mauricio Martínez, Florencia Cuenca, Marina Pires, and Cedric Leiba, Jr.

This one is for all the Jewish Christmas-lovers out there. Backed by a rocking jazz band, composer and vocalist Ilene Reid will sing, snark, and do whatever else it takes to ring in the season in her fun holiday show The Sounds Around the House. Along the way, she'll indulge in joy, misery, and Jewish guilt as she spills her complicated feelings about the most wonderful time of the year.

In Tossing Tinsel with Telly, Aladdin and Glee star Telly Leung, joined by some very special friends, will dish about his favorite holiday and show biz memories, play games, sip cocktails, and yes, sing a few holiday tunes. Joining him is an all Asian American Pacific Islander cast, including Ann Harada, Michael Maliakel, Jaygee Macapugay, and Kennedy Kanagawa. Sounds like the Broadway Christmas party of the year.

9. Christmas and camp are a perfect combo.

If campy Christmas is your vibe, and/or if you're a fan of RuPaul's Drag Race, you won't want to miss this one. In Why It Gotta Be WHITE Christmas?!? international drag superstar Latrice Royale will take a look at some of the best and worst holiday traditions. Her husband Christopher Hamblin joins her on piano, and a gaggle of gay dancers rounds out the cast. We're sold. 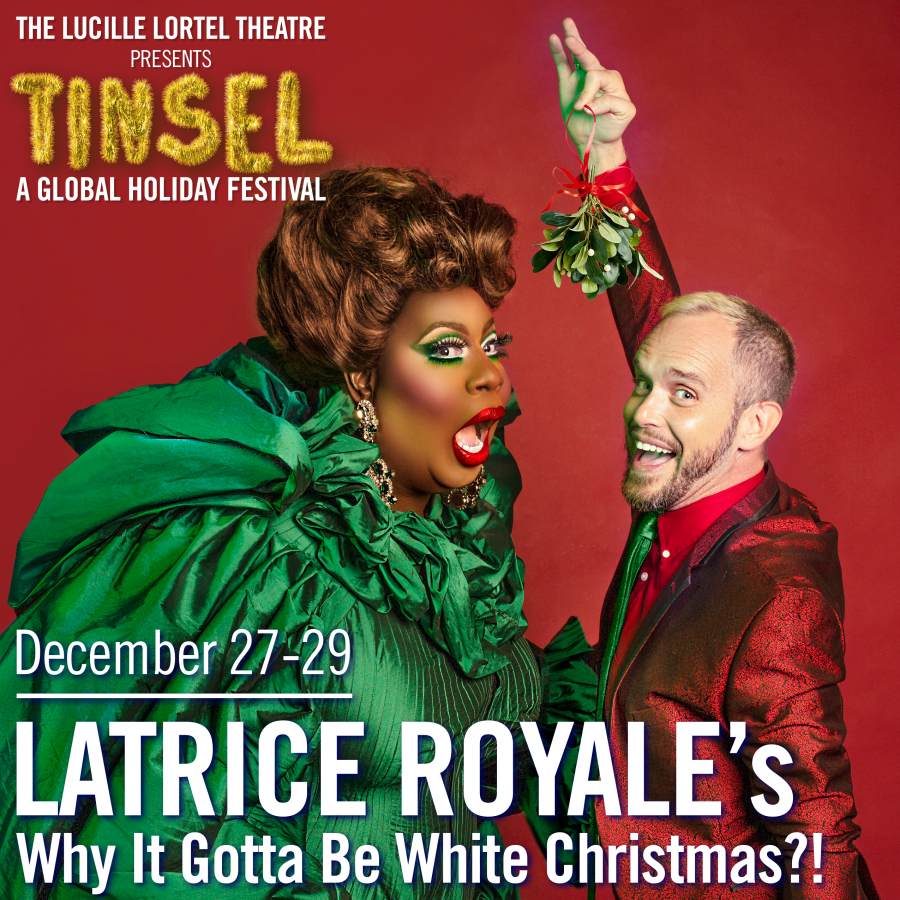 Tinsel runs at the Lucille Lortel Theatre throughout the month of December. For more info and to purchase tickets to any of the shows mentioned above, see the link below:

Review of ‘iNegro, a rhapsody’
‘Songs about Trains’: a foot-stomping,...
‘Jane Anger’ is an irreverent, hilario...
Thanks to Steve Earle, ‘Coal Country’ ...