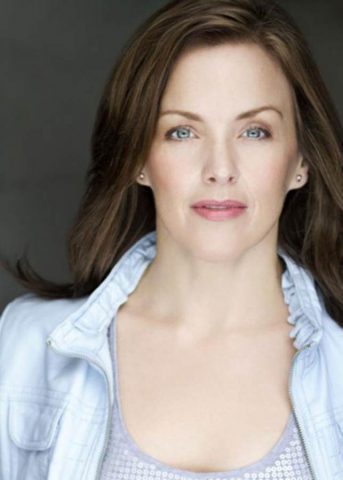 Tony Award winner Alice Ripley stars in Small Town Confessions a new play by Phil Geoffrey Bond, part of the Broadway Bound Theatre Festival (July 30 - August 20). In the play, comprised of various monologues delivered by an assortment of eclectic characters, Ripley plays Juliet Monsignor a woman who has some very peculiar wedding plans. Ripley isn’t one to say no to parts that push buttons and take audience members on dizzying emotional journeys, having starred in shows like Next to Normal, American Psycho and Side Show. We spoke to her about the reasons why she wanted to do a play, some of her dream roles, and the experience of watching other actors take on characters she originated.

Why did you want to be in Small Town Confessions?

First of all it’s all monologues and I liked that idea. It’s a character study, all the characters are entertaining, fun and will say things that ought to surprise you. I like the character I play, Juliet, who decides she wants to marry Satan. I’d never heard that before, so doing it will be fun.

You’re one of the most famous Broadway actresses, a Tony winner and all that. Why did you want to do a play in a festival? I would think people wouldn’t even think of you thinking you’d turn it down.

That’s a perfect way of encapsulating the story because here’s what happened: Phil Geoffrey Bond is an acquaintance of mine, he used to program shows at 54 Below and he’s the one who got me doing my regular gigs there. Phil’s now gone on to other things, but we’ve remained friendly. I was at 54 Below a couple of weeks ago for their anniversary concert, and Sally Mayes who is also in the show was there, we’re also friendly and we were chatting. Phil is shy, so Sally told me he wanted me to do this play, but he’d never ask me because I wouldn’t do it. My response was “why?” I mean, to me, without even having read the play it fits the profile of something I’d be interested in. It’s a play, I’d like to do more of those, second, I like Phil, he’s talented, and those are the first ingredients to get me interested in anything. It’s almost more attractive to me when it’s an unknown experience, but I’d seen Phil’s work at 54 Below, so I knew this would be great. We’re doing a 29 hour workshop, so you can only get so far with the material.

Since you wanna do more plays, what are some of your dream roles?

My favorite roles are the ones no one’s done yet. The satisfaction of working with raw material doesn’t compare to replacing someone in a show, whether the show is good or bad. We all love that weekly paycheck though, so my friends and I go where the fish are, and we find our joy there. It’s also true that you find a niche and everyone agrees you’re good at it, and sometimes the niche is different from where your true passion is. I didn’t set out to be a musical theatre kid, I didn’t have access to that growing up, I had movies, music and plays I could read. I went to college and decided I wanted to do plays, Shakespeare, Moliere, Ibsen, Shaw and Chekhov, so compared to how many musicals I’ve done that list of classics is relatively small. I’ve done enough plays to know I haven’t done nearly enough to satisfy my passion.

I think you grow in good ways when you get to express a character’s emotions without music, which is not to say I don’t love musicals, because I do. So when you ask about iconic roles I have some in musicals and some in plays. However I also now think about roles I’m right for, so I’d have to say Norma Desmond in Sunset Blvd., some people have said I’m too young for that, but Glenn Close, Betty Buckley and other actresses who played Norma when I was in the original Broadway production as Betty, they were all younger than I am now. Tootsie is my favorite movie, so I’m like Dustin Hoffman when he says “I’m a character actress, I can play this role any way you want me to.” It’s also nice to play characters you have something in common with and even though I have a flair for the dramatic I’m not as dramatic as Norma, so it would be fun to play her, it would feel good to master that role that’s been defined. Also a role like Mary Tyrone in Long Day’s Journey Into Night, or a Sam Shepard play, Buried Child, Curse of the Starving Class, I’d do any role they gave me in one of those. I also can’t wait to get to play Martha in Who’s Afraid of Virginia Woolf. They might all seem far off, but like I tell my students, we’re in this for the long haul, you need roles you’re looking forward to in the last quarter of your life too. You gotta work towards that Mama Rose.

Has it been rewarding to see other actresses play people like Diana or Violet?

When I’m in that place I feel proud, there’s some kind of hometown feel to it. I feel almost like a parent. Often people are younger than me, when they revived Side Show the actresses were half my age, so it was like “look at my kids” (laughs) which creeps in after the original kind of resistance. You feel like you own it, but the great thing is they wanna play that role because you made it irresistible. That Side Show revival was great, I was proud of everyone involved in our production, the ushers, the crew, so sitting in the audience watching Emily Padgett and Erin Davie, I felt like I was representing our team. It’s not personal anymore, it’s personal when you’re in it though, I think Violet was closer to me than any other character I’ve played.

I was so disappointed when American Psycho closed. After the election it became so clear to me that it was a musical so ahead of its time.

That musical perfectly represents the moral decay we’ve seen since then. What was it like to be in that world for the months it was open?

I’m so glad you brought up American Psycho, because it’s one of the top three shows I’ve done. I’m so proud of the work we did, I think the show is really good in the book form. I thought our production was fantastic, I predicted Duncan Sheik’s score would be overlooked because people tend to take music for granted. Benjamin Walker was incredible too, he made it look so easy, it takes time to get in the shape he was in. I shouldn’t gush about my own company, but my mother taught me to acknowledge the good when I see it. I’ve been in a few shows when they closed, Side Show, James Joyce’s The Dead and American Psycho, and that was the only show that never had a dwindling audience. It was never below 80% capacity, so you wonder why is it closing? The core audience couldn’t get enough of it, so I think there’s another life for that show.

And I could tell you so many stories about the show, there’s already a Trump joke in the piece, and honestly I won’t name names, but one of the people in the White House looks a lot like Patrick Bateman to me, a lot! But the story I think is really interesting is in the end of the first act when Patrick kills the first person, we had a plastic screen for when the blood splashes. It was an act closer, so it was practical and it looked aesthetically cool. Before they figured out the blood we had some misfires, I was hit with blood once during tech rehearsal. It didn’t take long to remove it, it’s just sugar water. But there was this woman who came during the run and complained because she was sitting in the front row and got splattered with blood. I remember the news said she was in tears because her Burberry scarf and Louis Vuitton purse were ruined. I couldn’t believe that was real! There’s a number in the musical where the girls sing about materialism, isn’t that interesting? I thought it was pretty wild, I really hope there’s a future for the show, we didn’t even get to do our own cast recording. I’m glad you got to see it, what means more to me is when I hear people like you say how much they loved it, because so did I.