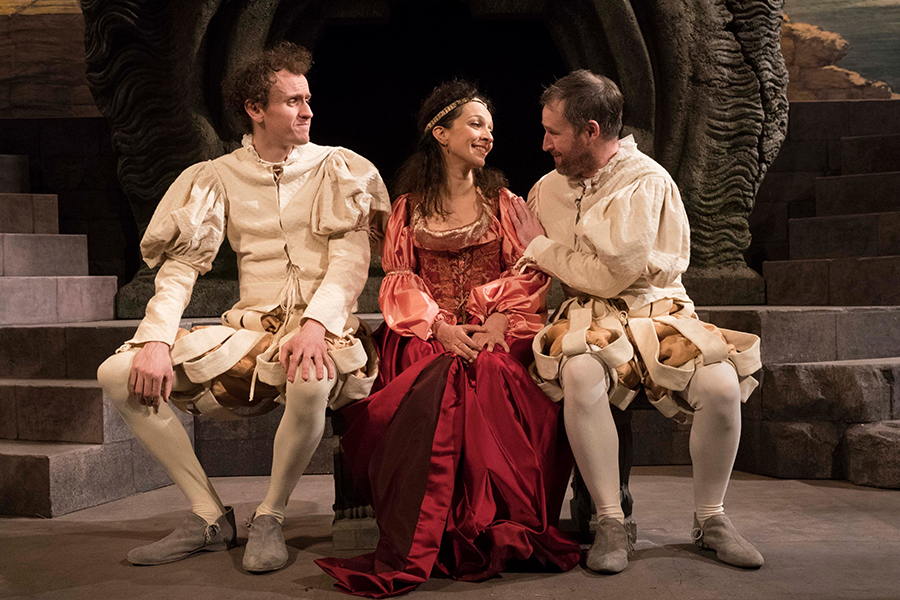 One day Gianni Quaranta went to a screening of Franco Zeffirelli’s Romeo and Juliet and in the elaborate sets and astonishing gowns he saw his future revealed to him. “I sat impressed and thought I wanted this job,” he explained at the Connelly Theater, as he showed me around the magical spaces he’d designed for Brandon Cole’s Imperfect Love (through February 24). He made it his mission to meet Zeffirelli’s designer Lorenzo Mongiardino, who took him under his wing, and within four years he earned his first Oscar nomination for Zeffirelli’s Brother Sun, Sister Moon. Ever since he’s worked on film and stage receiving numerous awards, including an Oscar for A Room with a View, and designing the Aida produced by the Met for over three decades.

Quaranta dreamt of combining his two loves: music and painting, and in his gorgeous sketches there is in fact a musicality. “Through the music I put out my emotions, and the emotions lead me to draw my sets,” he added. Imperfect Love, based on the real life romance between actress Eleanora Duse and poet Gabriele D’Annunzio, is a designer’s dream, as it takes place in two different periods, the late nineteenth century and the play within a play set during the Renaissance. Here are some insights shared by the legendary designer.

The first act of the play takes place the morning after the show has opened, and the writer (Rodrigo Lopresti) and his leading lady (Cristina Spina) are figuring out what went wrong. “I wanted to show the audience different perspectives. I thought it would be interesting for the audience to see what it looked like backstage,” says Quaranta. He also wanted the lighting to match the mood of the scene, “[their] situation is dark” he said as they pass the blame to each other, but as the clowns enter “the light comes up.”

Quaranta finds inspiration for his costumes and sets in history, “I look for inspiration in paintings of each era” he commented. The designer has a vast knowledge of art history and based on painting and sculptures he determines what materials he can use for his creations. Depending on the task he will create heavy ballgowns complete with elaborate undergarments no one, but the actor can see, or make light confections appropriate for ballet dancers. 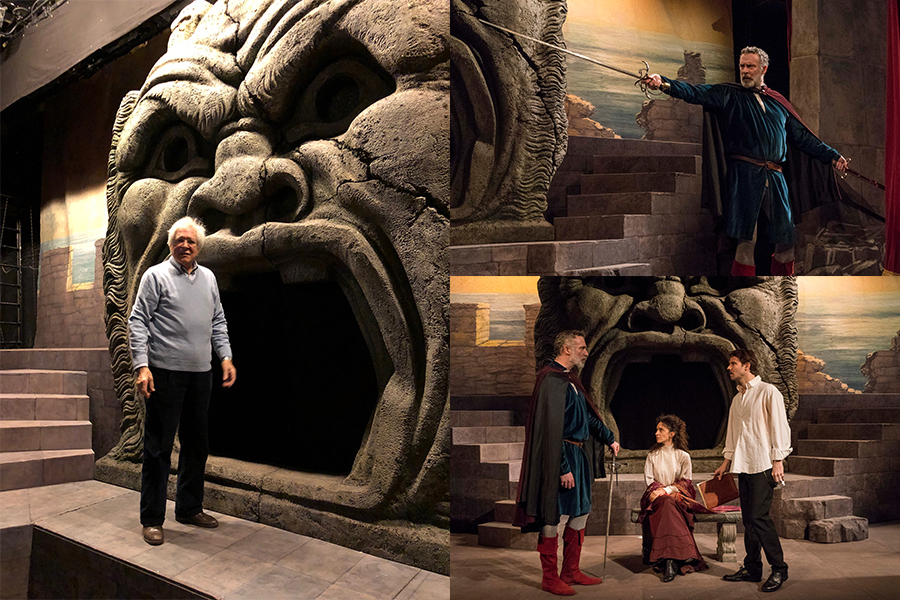 In the script the set is supposed to look bad, Brandon wrote he wanted a monstrous set, he wanted something ugly and scary. “For me, this is what very bad looks like,” explained Quaranta. “Obviously it’s hard to design something ugly, but it’s interesting for people sitting in the audience to look at it, sometimes when the curtain opens on the second act people burst into applause.” The sets were built in Italy and were shipped to New York. Quaranta praises the work of Italian craftsmen who have mastered all types of costumes and sets. “We specialize in sets” he said with a smirk. 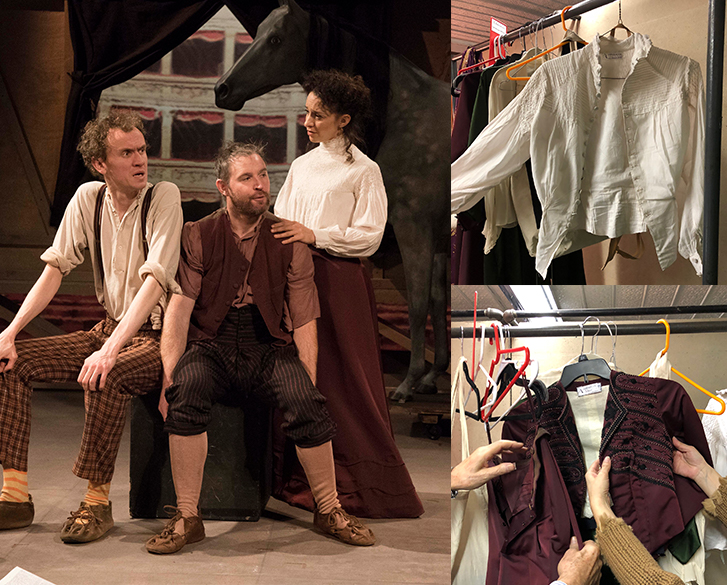 Quaranta's eye for detail is such, that he worries about things audience members would never see but "help the actor get into character" he explains. For instance the shoes worn by the clowns were handmade in Italy and are in a style worn by the poorest people of the era. "They are simple leather shoes they can take anywhere" explained the designer. Meanwhile the simple white blouse worn by the leading lady isn't quite as simple as it appears. Quaranta points to the buttons on the back and explains "only women who had someone to dress them could wear shirts with buttons on the back, seeing the buttons was a symbol of status." I asked why it mattered, when the actress then puts on a little jacket over her shirt. "Oh, but she knows" he added. 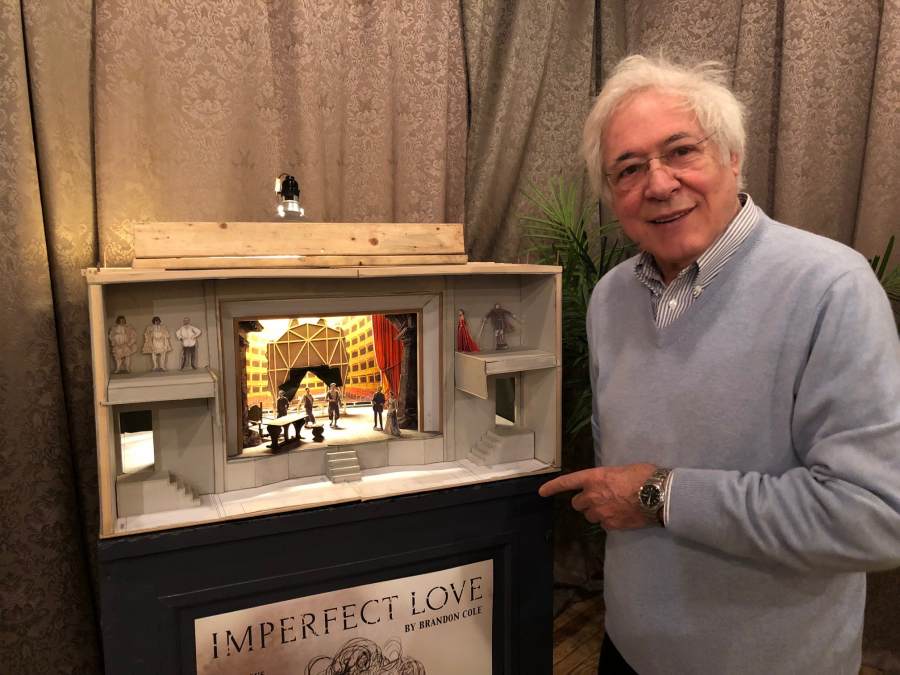 Even though Quaranta loves working in every medium, he confessed to getting a unique kind of excitement from working on stage. “Theatre is like a souffle," he said "every day it rises and rises and then on the premiere you finally get to the top and it’s so exciting. Movies are the opposite, shooting can go on for months and years, so when it’s opening day you’re already exhausted,” he laughed. Aware of the fugacity of theatre, Quaranta made a gift of his model for the Imperfect Love set to his friend Brandon Cole. "Sets are destroyed after the play closes" said Quaranta, "so I hope Brandon remembers the show with this."