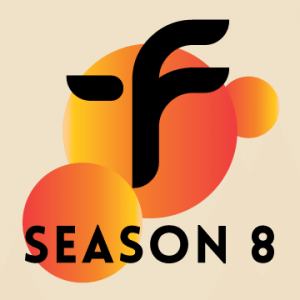 The Fire This Time Festival is celebrating its eighth landmark year. Since its creation, the festival has amplified the voice of African American playwrights, artists and performers, and has helped budding writers find their space in the field of theatre. We spoke to Outreach & Development executive A.J. Muhammad about the events this year, and why the festival’s diversity is essential in 2017.

Why would you say the festival is more important this year in the aftermath of the election, considering people of color are under attack more than ever?

It’s important that people of color, especially people of African descent, that their voices are not silenced and that they speak about what’s going on in the country. In times like these it’s the artists who lead the way, they are the ones who have the courage and the conviction to address the injustices going on. In our Ten Minute Play series, six of the seven plays were written by women of color, the themes of the plays run the gamut from police brutality, to African American women as soldiers in Afghanistan, to LGBT issues in high school. Art can help bring people together, and one of the purposes of the festival is to build a community and show the diversity within the African American community. The African American experience can’t be represented by just one voice.

The Fire This Festival more than any other is focused on creating community. Are there instances where people who were in the audience one year, come back later to present their work as a festival selection?

Every year people reach out to the festival wishing to know how to be part of the community. In addition to presenting works by people whose voices are in the margins, we have people who volunteer, some who just want to meet us and the artists. In the festival there have been actors who have performed, and who have then come back as playwrights. One of the cool things is that we don’t seek submissions, people can’t just submit, we ask the playwrights whose work we’ve selected to recommend artists they know. That’s another way we help the community grow. 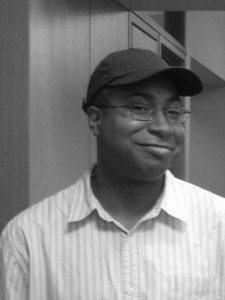 For people who have never been to the festival what would you say is the best entry point?

The Open Mic night is an excellent entry point, because the person hosting it this year for instance is a Muslim entertainer, Najah Imani Muhammad, who was in the festival last year as well. The Open Mic allows people the liberty to do comedy, a monologue, it gives people in the community the opportunity to become known. We can see their work, and they can connect with other people in the African American community.

I was delighted to be part of the “I Hate Your Work” panel, and was glad to hear the second part was rescheduled to allow people to participate in the Women’s March. Can you talk more about what the second part will entail?

We haven’t decided the new date yet, it will most likely be in March. The second part is a condensed version of a program that The Field offers where artists present excerpts of their works. People get feedback from other participants, one of the things we talked about in the panel was addressing bias, so what we’re supposed to be learning is how to critique work without letting our biases have an effect. One of the issues in the arts field is some people critique work but they might not understand them, have frame of reference for, or know the language. The second part of the panel will be about how you critique this work aware of your bias.

For more information on The Fire This Time Festival visit: https://www.firethistimefestival.com/