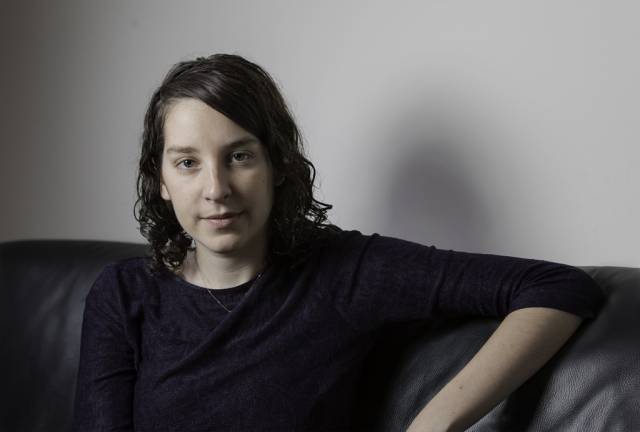 While the world may never be free from the struggles that the class system brings, in terms of division and identity, Brooklyn director Jess Chayes and The Assembly Theater Project (The Assembly) are determined to break the mold. Reflected not only in their pieces of work, but in their unique approach to create a collaborative and thriving community, Chayes and the Assembly prove that the core values of accessibility, commitment, insightfulness, and solidarity will never go out of style.

For Chayes, creating work is a team effort, as she has built and sustained relationships ever since moving to New York after college.

“When I first started pursuing directing as a career and meeting people in the industry, I was inspired to find people that I could work and collaborate with,” she said.

Those relationships would prove to pay off, as The Assembly was formed, with Chayes serving as one of the co-Artistic Directors. The Assembly is a forward-thinking company rooted in community, with a strong emphasis on collaboration and support that is shared among its members, audiences, and society as a whole.

Additionally, Chayes credits her curiosity as a main quality that led her to a career in directing.

“It has always been so fascinating to me how people work and interact,” she explained. “Working with so many different people, with different ideas, is a challenge and requires you to stay open.”

“Communication is key and you must be willing to work with everyone,” she added. “It’s so important to show that you respect people and listen to their ideas.”

The Assembly creates a safe space for all parties involved and encourages risk-taking.

“When people can be free to collaborate and in doing so, support one another, that’s really when they do their best work,” she stated.

Chayes is very hopeful for the future of the Assembly and explains that her team is committed for the long haul, as they are all working toward the same goal -- to make people think and provide a different perspective. 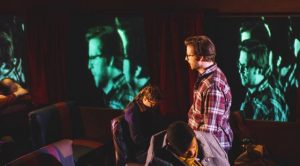 The Assembly’s latest production, That Poor Dream, was inspired by the Charles Dickens novel Great Expectations, and incorporates the group’s own views and associations, dealing with class identity and the complications that come along with it.

“It’s much more complicated than money,” Chayes explained. “It’s dealing with something more powerful and that is a sense of self.”  An age-old struggle, the journey of finding out who we are, has numerous twists and turns, but ultimately the truth comes out -- we are more than our status and connected through all that makes us human.

Keeping up with the themes and the mission of the Assembly, Chayes expressed that her hope is that audience members will stick around after the show and engage in discussion.

“We strive to uncover a new perspective and examine what our journey is as human beings,” she said. “We want to help people feel more connected.”

For an eye-opening experience that will awaken your intellectual and emotional side, That Poor Dream is sure to be a one-of-a-kind gift.

That Poor Dream will play at The New Ohio Theatre (154 Christopher Street between Greenwich and Washington) October 4-26, Wednesday through Sunday at 8pm with additional performances on Monday, October 6 & 20 at 8pm. Tickets ($18) will be available online at www.assemblytheater.org or by calling Brown Paper Tickets at 1-800-838-3006.

The Assembly's "That Poor Dream" is performed through October 26 at the New Ohio Theatre.