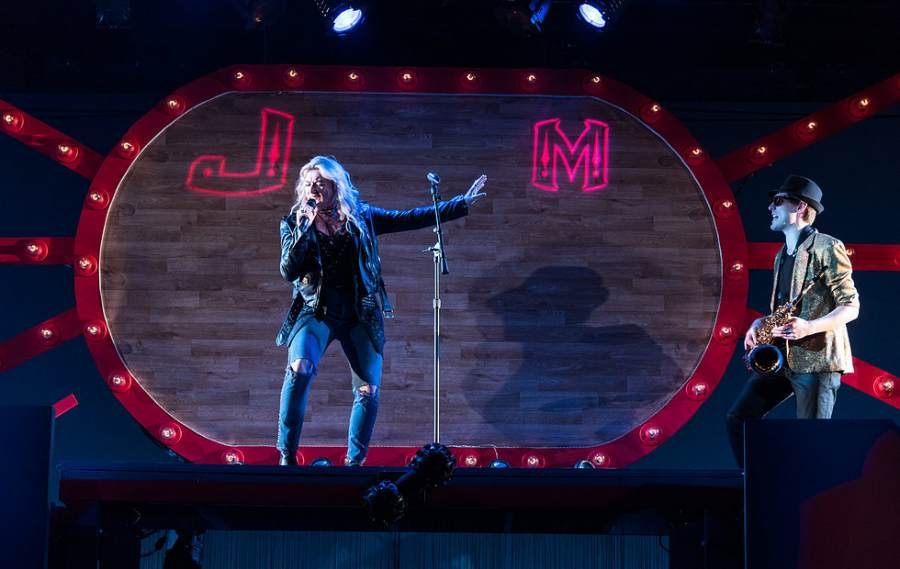 Hit Her With The Skates, a new musical at Rahway’s Hamilton Stage from Christine Rea and Rick Briskin, challenges audiences to take a breath and try a new way of making decisions as an adult: reconnecting with our inner child and trusting the wisdom of our younger selves. The musical’s main character, Jacqueline, has achieved success as a rock star and is getting ready to embark on a national tour, as she comes back to her hometown to perform, and finds herself on a path of self-discovery. Taking place in two different time periods, the 1970s and the 1990s, Hit Her With The Skates presents an flavorful offering of musical styles, including Doo-Wop, disco, R&B, and more. StageBuddy had the opportunity to chat with one of the show’s writers, Christine Rea, about the inspiration and significance of the show’s two time periods; finding your own inner “roller rink”; and tips for making decisions that align with your authentic self.

Can you talk about the inspiration behind the idea of the musical and the significance of the two chosen time periods?

Christine Rea: In the late 1970s, I'd go every weekend to the roller rink with my best friend. I loved everything about those Saturdays. The music, the food, the shag carpeting, and the lighting was pure magic. But, I was also going through an awkward stage. I was a little kid, but I felt gorgeous and grown up when I hit the floor. I can remember thinking that when I whooshed across the floor the world could see the real me. Then as a young woman in the late '90s, I found myself questioning decisions I'd made and doubting exactly who I was. I'd lost my footing and began the tedious process of reclaiming my spirit and pluck. Which got me wondering what my little-kid self would think about the choices I'd made...

What are some of the biggest discoveries that the main character, Jacqueline, makes about herself on this journey? Why are they still relevant in 2017?

Jacqueline discovers how to love, honor and be kind to herself. It’s only when her 12-year-old self (that voice in the back of her head) begins questioning the life choices she has been making, that she’s able to realign with her authentic self. What surprises her, is that she has allowed herself to be thrown so far off track. The universal theme of being true to oneself will be relevant long after we’re all dead and gone.

In thinking about the advice that we would give our younger selves, what would you like audiences to keep in mind as they watch this unfold in the show?

I’d like audiences to acknowledge the impact we have on each another. Words matter. Behavior matters. It’s important to treat each other with kindness and respect, whether you’re a kid on the playground or an adult in the board room. And, there are many times that the inner child knows way more than the adult. Don’t be fooled by age. I for one was much smarter when I was an awkward 10-year-old!

How will the music of the show help to tell the story? Can you describe the sound of the show?

The songs propel the action forward. Additionally, each character has a specific musical style which gives the audience a glimpse into that person’s psyche. And, since the show is set in two time periods the sound of the show runs the gamut. Jacqueline is a singer/songwriter with a hit song in ’94 but her younger self, Jackie, exists in 1977. What I love about the late '70s is that there was such an amazingly diverse range of popular music. The same person who was on the rink floor grooving to a tune by Peaches & Herb or the Ohio Players, was equally enthused when Led Zeppelin blared through the speakers. But, it’s important to remember that Hit Her With The Skates doesn’t live at the roller rink. We spend an equal amount of time getting to know Jacqueline’s family and friends which informs the music. Rick Briskin has composed a tuneful, eclectic score including but not limited to the following styles: Doo-Wop, R&B, Disco, Punk, Classic Rock, Pop and Cajun Swamp.

What type of theater do you find most interesting and how does that inspire possibilities for new material?

I’m attracted to a variety of theater styles, but must confess that my experience performing in Readers Theater/Group Interpretation was the inspiration behind building Hit Her With The Skates as an ensemble-driven show. What a fun ride for both the audience and the performers! The performers get to create a multitude of vivid characters and the audience experiences the actors versatility. In fact, over the weekend I had various audience members inquire as to why there were only “10” cast members at the curtain call. They couldn’t believe that there weren’t at least another ten actors performing for them. Now that’s a cast doing a bang up job!

For audiences seeing Hit Her With The Skates, my hope is that they’ll leave feeling a whole lot happier than when they entered the theater. And, bringing that kind of joy to an audience fills me with an amazing amount of inspiration to continue the journey beyond our run at Hamilton Stage. We could all use a breath these days. I believe Hit Her With The Skates brings it.