The 2017 New York Musical Festival, which runs July 10 through August 6, will bring audiences four full weeks of new musicals, concerts, readings, and panel discussions. We spoke with Ryan Warren (director/story), Will Finan (music), and Julie Soto (book/lyrics/story) about their musical Generation Me.

Generation Me is a new teen musical focusing on this current generation of teenagers, and a high school dealing with the fallout of the popular boy taking his own life. In the wake of his death, Milo Reynold's family and friends question everything they though they knew about him. Generation Me explores the heartbreak, confusion, and survivor's guilt of those left behind. Told in flashbacks that open Milo's story like a mystery, Generation Me identifies a generation more privileged, self-interested, oblivious... and lonelier than ever.

Ryan: Next to Normal.
Will: Les Miserables.
Julie: All Sondheim. 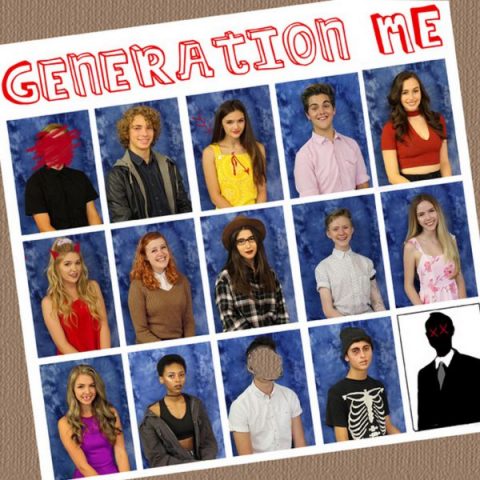 Dear Evan Hansen, one of the year's most popular musicals, also deals with themes of depression and teenage isolation. Do you think that there's something about musicals that is especially well suited to deal with these difficult issues?

Depression and suicide are topics that we've been taught not to discuss, so placing these topics in musical format allows us to sing it or dance it instead. There's such a stigma about depression and how difficult it is to explain to others, that when you are allowed a more poetic platform, like a song, the expression can be so much clearer. There is a song in Generation Me called "I Thought It Was Me" that the
teenage ensemble sings where each character has a moment to express their confusion as to why their classmate Milo has taken his life, when each of them has experienced a low point in their life that has lead them to question their worth. Bringing awareness to these feelings and themes through theatre and the arts may help create a better dialogue for us all.

As a creative team from California, it is such an amazing experience to bring Generation Me to New York audiences and to collaborate with New York designers. Shows like Spring Awakening and Dear Evan Hansen have opened doors and minds and have helped pave the way for more shows that deal with isolation in young people. We feel that the New York Musical Festival is a wonderful platform to try new works and get New York audiences' feedback.

We are open for all opportunities! We hope that we get feedback and get new eyes on the piece that can only help propel us forward and onto a regional production.

Between Netflix hit 13 Reasons Why and Broadway smash Dear Evan Hansen, discussion surrounding the tragedy of teen suicide has become mainstream this year. Joining discussion is the New York Musical Festival’s Generation Me, an emotionally tense and revealing musical that, through flashbacks, tells the story of a teen boy’s death and the ways it affects the lives of his fellow students. In its startling and emotionally rich opening number, the ensemble of teens face the dread of another week at school. Zoe (Brett Hargrave) worries about her boyfriend, while Cody (Will Meyers) stresses about the tense time he’s going through with his best friend. As the song introduces us to the many voices of this high school, it becomes clear that everyone’s facing their own struggles and strains, shouldering their own burdens. Milo Reynolds (Milo Manheim) sings among them, but his problems are a lot more dire, and a lot more pressing. While his friends and classmates sing about their trouble with school, friendships, parents, and relationships, Milo dials a number over and over again, praying that the one on the other end (later revealed to be Cody) will pick up this time. When he’s met with noth …Read more