September 12, 2014
Theater Feature
Playwright Anne L. Thompson-Scretching: "No one sees us like how we see ourselves" 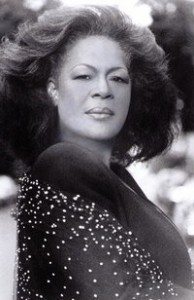 The second play of Anne L. Thompson-Scretching's Blood Trilogy, A Long Way From Home puts you in the middle of a family crisis where a large amount of money is missing and we don't know who to believe.  As the play unfolds, we're educated on black-balling, profiling and reminded of the old Jim Crow era; more importantly, we grow to love a family with all of their imperfections.

Thompson-Scretching uses her personal experiences as a resource for her writing and she's got a lot to share.  With an enormous body of work under her belt, she's a playwright you want to speak with for hours just to soak up her wisdom and generosity of character.  Her favorite quote: "Do not take NO for an answer.  You know you can do it... then DO IT!" We had the chance to speak with the playwright about  A Long Way From Home, family dynamics and what drives her to continue doing what she does.

StageBuddy: What is this play about?

Anne L. Thompson-Scretching: I'm almost tempted to say it's a love story.  [It's] a story about family that is almost in chaos but they love each other, but there's been an incident that's happened in the family and it starts to break down and it involves money, lies and bullshit.  The love takes place between this husband and wife.   The husband is a philanderer who doesn't realize how much he loves his wife until he almost loses her and his family as well.

SB: Are there any parallels to the black family structure and incidents happening in current events now?

SB: Can you talk about your antagonist in the play?

ATS: The brother Chester is one of the most dynamic characters in the play.  This man is the one who robs the family but they blame the husband (Jacob Taylor) because he is weaker than his brother.  I'm sure we've all seen where one brother who over powers the other.  Chester takes advantage of the family because he is in love with his brother's wife (Shanna Taylor).  He's held the secret for so long.  While Jacob is out messing around with all these women, Chester is hoping Shanna will leave him so they can be together.  He confesses, "The only thing I didn't count on was you sticking with him, but I've loved you all your life."

SB: What can audiences say is the message of this play?

ATS: No matter what family sticks together.  No matter what the odds, family comes together during crisis and turmoil, even when they are messing up, even if they hate each other.  If there is a funeral we all come together.  We are in trouble but we are going to stick together.

SB: What are your advantages and disadvantages of being the writer, director and producer?

ATS: First of all I never wanted to be any of that, I only wanted to be a writer.  I'm producing because I had to produce.  Nobody would do this work.  This was my life's work that I felt had to be told.  I only write what I know and the majority of the stuff that's in my head is what my family has gone through.

SB: What drives you as a writer?

A: As a playwright I tell the story without the fluff; be it good or bad.  I think theater is truth.  Often times black people want a play with singing, dancing and the good Lord.  I feel the Lord has his hands on me to tell the truth and I'm going to give you the real story. These stories need to be told because I have a responsibility not only to entertain but to educate.  Every time my actors are on that stage they hold up the societal mirror.  We need to see who we are.  No one sees us like how we see ourselves.

A Long Way From Home continues though September 21st at The American Theatre of Actors.