In a FringeNYC-less summer, other theater festivals promoting the work of up-and-coming artists are taking the lead, including the Ice Factory Festival at New Ohio, the Corkscrew Theater Festival at the Paradise Factory, and the UNFringed Festival, at the Secret Theatre. Here, we talk to three of the playwrights participating in the Broadway Bound Theatre Festival, a brand new festival whose aim is to help turn playwrights into producers. (See our previous interviews with Broadway Bound artists here.) 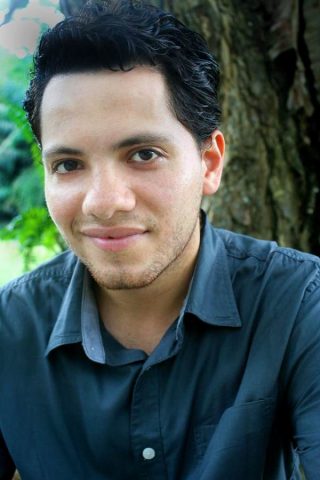 The American Dream is a play about coming to terms with your reality. Corina is an optimistic immigrant under the watch of a pessimistic human smuggler, Efren. If the money is not sent in time, he'll be forced to take her life. The battle is physical, emotional, mental and philosophical.

It's exciting when things in the script work. Being that this is the play's first staging, my goal is to figure out what parts of the play are useful and what parts are not. I'm always in awe how quiet moments between characters can say so much more than words. Exploring these moments in rehearsals are fun. Then I push further and ask, "What else can happen or what hasn't happened?"

I'm the type that likes specific playwrights depending on where I am in my work. I recently was revisiting Brecht as I've made new explorations away from naturalism. Big influencers are Piñero, Pinter, Mamet, Fornés, Miller and William M. Hoffman. I'm sure there are more.

I'm not obsessed with lines more than I am with premise. I think if you have a good premise, then the good lines will come. I love simple concepts that leave room for grand undertakings. Plays like Tiger at the Baghdad Zoo, Jerusalem, True West, Top Dog/Under Dog and Hamlet. A play about a prince who discovers his dad was killed by his step-father. Now, that's drama!

The more I produce, the more I discover how small the street culture community is in the industry. Yet, the need and want for our stories is overwhelmingly desperate. I believe that if we have an ownership to our stories, the authentic work will attract an audience.

If the work calls for it, then without a doubt it must speak to the state of our current life. I had coffee with Jeanie O'Hare some years ago, and she asked me if I felt I needed to be a cultural leader in my work. I was taken back because I didn't think I'd ever have the power to be that influential. Now, I take every opportunity I can to put up both metaphorical and literal mirrors. Even when my work calls on other universal themes, I make sure the messages are loud and clear. Art is our consciousness talking and that's why sometimes life imitates accordingly. 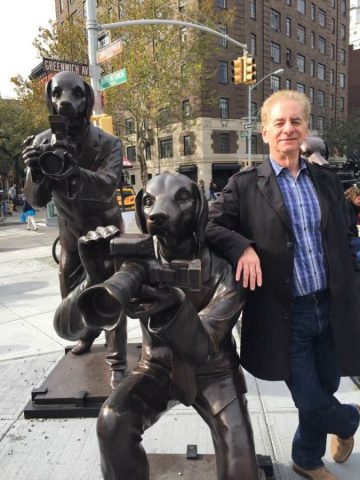 Saving Stan is a drama about friendship, greed, love and death. When arrogant corporate lawyer Stan Nagel suffers an incapacitating stroke and can't speak, he asks his oldest friend, Jack Sanders, a failed writer desperate for money -- and who can somehow hear Stan's voice -- to help commit suicide in exchange for Stan's considerable estate. Patrice Doner, Stan's health care worker, becomes suspicious of Jack's intentions -- and pursues her own agenda.

It’s the most exhilarating and terrifying moment when you hear your words actually said somewhere other than your mind. You think, “that’s pretty good” as well as, “what was I thinking?” For me, the beauty of theater as opposed to writing novels (my fifth novel A Mound Over Hell will be published March 2018), is the excitement of working with real human beings who bring texture and depth and creativity to their roles, especially when they’re as gifted as the Saving Stan cast of Carlo Fiorletta (Detours), Olivia Baseman (The Wrestler) Jordan Auslander (Mad Mel and the Marradians), with the terrific Simcha Borenstein (The Old Neighborhood) directing.

Reading Arthur Miller’s Death of a Salesman inspired me to write plays. Also Arthur Laurents, now that I’m also writing the book for musicals, which is such a different process of collaboration. My musical Mad Mel Saves the World just finished a sold-out run at the Midtown Theater Festival, which was great fun. As a book writer you get to say, Song #4, make up a title, give two lines what it’s about and then watch the imagination of the composer and choreographer take over. It’s different than a drama, but the collaboration, the need to trust your actors and director and, above all else, the magic of theater, is the same whether they’re dancing across the stage or confined to a wheelchair.

Given the times, I think one from my personal hero, Winston Churchill, when he said “Democracy is the worst form of government, except for all the others,” especially resonates.

It’s the cost of productions. It’s insane and all too often kills creativity before it has a chance to flourish. Come on, why must plays cost so much? It’s like asking, where do all our tax dollars go? That’s why festivals like the Broadway Bound Festival are so important to nurture and showcase your work. You need a place to show your play without having to sell your body organs. Plus the folks running it are really terrific. Lenore [M. Skomal, Festival Director], Abby [Judd, General Manager] and Rick [Sayers, Business Manager] absolutely and genuinely care about their writers which, given how neurotic we can sometimes be, is very important.

While Saving Stan is contemporary and the two protagonists, Stan and Jack, have different political views, we never get embroiled in the precise issues of the day. You can be easily dated. More importantly, theater is about people. You can make a point, but it’s not effective if everyone sees the point. There’s a thin line between timely and pedagogic and, with everyone besieged by endless news, audiences need a place to go for entertainment. Given the serious subject matter of the play, we’ve layered in a lot of humor. I think that’s so lacking now in our society. We’ve lost the ability to laugh at ourselves even in the most somber of times. It’s all serrated and nasty and that’s not healthy. Laughter is. 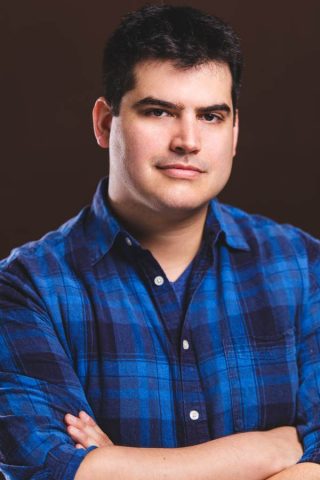 Convicted is about the local director of an LGBTQ advocacy organization who becomes embroiled in a murder investigation when her intern is arrested for killing the fundamentalist mother of a young boy. Convicted is an agile, engaging drama with a hint of mystery and thriller that wouldn’t be out of place on television. In fact, the best way to describe Convicted is as a gay Law & Order episode on stage. While themes of advocacy are woven through the play, the purpose of Convicted is not to preach to the choir. It is a call-to-arms for the LGBTQ community to do more to connect with those who continue to resist equality. Convicted transcends the typical gay storylines in favor of exploring ideas that unite the community and offer a broader array of LGBTQ characters.

The most exciting thing about seeing Convicted coming together is watching how the actors translate and elevate the material - they bring to life all the things I had hoped they would while infusing it with more life, energy and heart than I would have thought possible. They're really quite incredible, I have basically just gotten out of their way.

I could never choose a favorite playwright, I'm so moody! Some that are sticking out in my head right now: Sam Shepard, Quiara Alegría Hudes, Annie Baker, David Lindsay Abaire, Peter Shaffer.

Honestly my favorite line ever written is from a show called Living Larkin, which is an autobiographical one-man show created by a friend of mine. In it, he details his dynamic relationship with his boyfriend while they were both regularly using crystal meth - specifically how his boyfriend would compulsively rearrange the furniture while high. Something about the syntax, poetry and imagery of my friend reacting to his boyfriend has always stayed with me. It's a complete story of two characters in a single line: "I, however, being content with crack and masturbation, was fine with the coffee table where it was."

Hands down the first thing I would change about the current state of theatre is its affordability. It's too expensive to be accessible. More funding for the arts and artists. This in turn will trickle down into all the other things that I'm hoping to change with the state of theatre: representation, diversity, shows with style and substance, purposeful work that inspires personal/social examination/evolution... the list goes on and on.

It's vital to me that my work relates to the current political/social climate. Without relevance, there's no public interest in the piece. Direct relevance isn't so important as thematic relevance - a show about an oppressive football coach can easily become an allegory for a fascist dictator. It's therein that a timeless relevance can be found. For instance, Convicted is less about gay rights than it is about anyone who feels trapped by beliefs and circumstances - whether their own or those of others.

In a FringeNYC-less summer, other theater festivals promoting the work of up-and-coming artists are taking the lead, including the Ice Factory Festival at New Ohio, the Corkscrew Theater Festival at the Paradise Factory, and the UNFringed Festival, at the Secret Theatre. Here, we talk to three of the playwrights participating in the Broadway Bound Theatre Festival, a brand new festival whose aim is to help turn playwrights into producers. (See our previous interviews with Broadway Bound artists here.) Shane Howard on In Pursuit of Peace Saturday, August 5, 12 PM; Tuesday, August 8, 4 PM; Thursday, August 10, 7:30 PM Tell us about your play! A few months after I’d written the first draft I asked Susan Merson — a writing mentor of mine — what she felt the play was about. “Fathers and sons and how they deal with love,” she said, without hesitation. I’ve always thought she summed it up nicely with that one strong sentence. What have been the most exciting things about seeing your show come together? There’s an incredible artistic team working to bring In Pursuit of Peace to life. One of the things I love is being witness to us all being taken to a place physically and emotionally far b …Read more