In a FringeNYC-less summer, other theater festivals promoting the work of up-and-coming artists are taking the lead, including the Ice Factory Festival at New Ohio, the Corkscrew Theater Festival at the Paradise Factory, and the UNFringed Festival, at the Secret Theatre. Here, we talk to two of the playwrights participating in the Broadway Bound Theatre Festival, a brand new festival whose aim is to help turn playwrights into producers. (See our previous interviews with Broadway Bound artists here.) 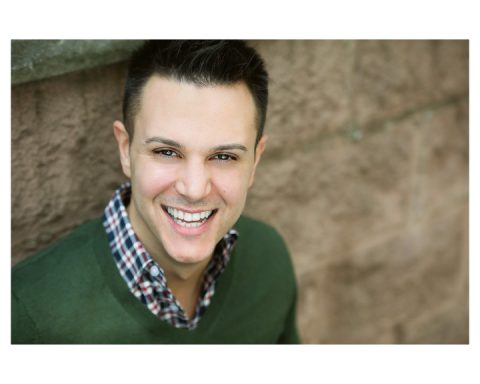 Craig Donnelly on Adam and Brian

Adam & Brian is about a typical gay couple living in New York City whose lives have been forever changed because of a brutal assault by three thugs. In the aftermath, the men are at odds with how to regain their inner stabilities. As they physically heal, their emotional wounds do not, challenging their commitment to each other.

Seeing something I’ve created, come to fruition, has been an incredible experience. I’m so proud of the journey that this play has had, through readings and workshops, so to finally see a full production of the work feels like a huge milestone.

I don’t have a favorite playwright but I do have favorite plays that have influenced my work including Terrence McNally’s Master Class, Tennessee Williams’ A Streetcar Named Desire and David Ives’ Venus In Fur.

Hmm… the only one that's popping out at the moment is from Streetcar. “What is straight? A line can be straight, or a street, but the human heart, oh, no, it's curved like a road through mountains.”

Playwrights are really pushing the boundaries of the art form and I wish that musicals would do the same. It serves no one to just keep trying to make every movie that’s ever existed into a musical.

Relevance, in general, is incredibly important because an audience may not be able to relate to subject matter directly, but they should be able to empathize. I think that when a play relates to the current political/social events it can engage an audience in a way that feels more urgent as oppose to dated. 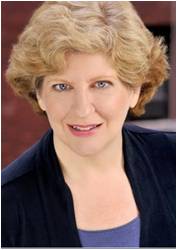 Suzanne Mernyk on Sympathy in C

Sympathy in C is a play staged as an orchestral event, where eight intertwining voices expose an assault from the unimaginable – a diagnosis of cancer and the threat of terrorism. Cancer as a growing terrorist in the physical body; and Terrorism a growing cancer in the fabric of society. The characters dare to confront these with courage, anger, humor, grace, and sometimes ... surrender. Amidst the confusion, questioning and resistance, there is still love and hope to be found ... and sympathy to be given.

It's exciting to watch how the actors embody their characters, adding more substance and depth than I imagined as I wrote them. And, while the play has been workshopped as a reading many times, this is the first time the full vision, the addition of a viola and cello, will bring it completely to life. So far, the process is amazing!

Gee, there are so many .... Theresa Rebeck, Beth Henley, Wendy Wasserstein, Neil Simon, Marsh Norman are a few.

Having a brain cramp on this one!

Living in NYC, I am fortunate to have access to a wide variety of theater, Broadway and Off-off-off, classes and workshops.

What I appreciated about the BBTF festival was their choice to do blind submissions. It helped overcome any bias for established playwrights and possible gender preferences. It helped me feel I was on a fair playing field. I would encourage. Encouraging more blind submissions among top tier theater companies so emerging voices can be discovered, would be terrific, too.

My primary concern as a playwright is always on relationships and the conflicts between them. While Sympathy in C is very much about current health & social issues, cancer & terrorism, the play works because of the needs of the characters and by the conflicts they are confronted with. 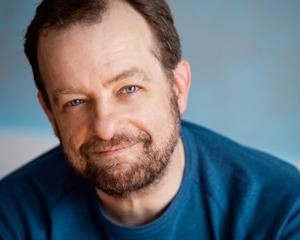 Image concerns the effects of fame on a young star, her mother, and greedy business people who always have their hands out. It is a strain on everyone, but it is more mental with the stress on the mother and the mega-star, her daughter. Drugs play a big factor, as the young girl tries to alleviate the pressure, making it hard on the people around her.

The actors are wonderful. Just sitting down and reading, we have come up with suggestions to make the text more clear, and the voices of the characters are starting to blossom.

First, it would be Ibsen. His understanding of society is amazing, and reflecting that in his work is magical. He has dialogue that you listen to. I never caught myself drifting off while I was watching a production. Enemy of the People is my favorite. Today, I’d have to say Donald Marguilies. His naturalistic style really hits home. Also David Mamet.

“I’m worse than a hopeless romantic. I’m a hopeful one.” (Points if you can tell me what play that is from.)

Making theatre affordable to everyone. Looking for some sort of subsidy for people who really want to go and can’t afford it.

How important is it to you that your work relates to our current political/social climate?

I try and reflect the state of things as much as possible. My big pet peeves are greed, disrespect, selfishness….and on. Because all of those reflect on and affect everyone.

Arthur Miller said: “All the great playwrights had one thing in common. A fierce moral sensibility that was unquenchable. They were all angry at the world in some way. The lesser ones have made their peace with it.”

Review: ‘Adam and Brian’ at the Broadway Bound Theatre Festival

Broadway Bound Theatre Festival’s Adam and Brian is stunning, a prescient choice for theatregoers looking for complex, intelligent drama.  At the play’s opening we find that Adam and Brian, a young gay couple, have endured a vicious and unprovoked gay bashing. As their relationship progresses after the attack, this tragic event is juxtaposed with the possibility of their marriage at a Hawaiian destination wedding. That evocative metaphor, an island paradise set within and against the mean streets of New York City, haunts this lovely piece of theatre; tropical thunderclouds hover over the couple’s broken household. As we are led further into the wake of the attack, Craig Donnelly’s play makes us question ourselves again and again; the Broadway Bound Theatre Festival, at the beginning of its journey this year (under the assured hand of Lenore M. Skomal), has offered the members of the LGBTQ community a chance to examine the beginnings of their newly won marital rights. Pauline Kael once wrote of her early exposure as a child to silent films, “We were in at the beginning, when something new was added to human experience,” and that’s true for the LGBTQ community right now. Donnelly is …Read more