In a FringeNYC-less summer, other theater festivals promoting the work of up-and-coming artists are taking the lead, including the Ice Factory Festival at New Ohio, Broadway Bound Theatre Festival at the Theater at the 14th St. Y, and the Corkscrew Theater Festival at the Paradise Factory. Among them is the NY Fridge Fest, a brand-new festival of multidisciplinary work at IRT. All genres are welcome, there's just one catch: every work must feature a fridge.

Presented by The Arctic Group, the festival runs August 31 through September 10; half of the performances are "Fill Our Fridge" nights, on which tickets can be purchased with non-perishable goods instead of money. We spoke with playwrights Daniel Talbott and Steve McMahon, whose plays will be performed on the same program, about participating in the festival's inaugural season. 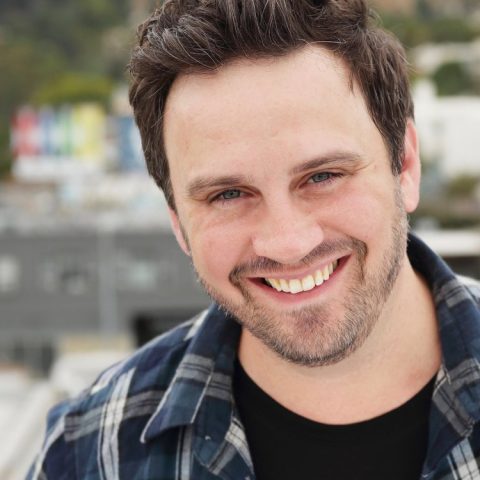 At its heart the play's about class and sex. About being poor and welcomed into a place that you'll never really feel you fully belong. It's about love. The kind of love that swims in your blood and digs into your bones and muscles. It becomes a part of you and you'll do almost anything not to lose it.

Getting to work with some of my favorite people on earth. I wrote it specifically for one my best friends and I got to get notes from my sister Lucy, who helped me make it a ton better.

"I am all the daughters of my father's house, And all the brothers too -- and yet I know not."

I think any story based in character and action that's set in a certain time and place is, in the end, about our current political/social climate. It's being written by you in a room (or not) somewhere, while all of this shitstorm is taking place. That's got to get into it and burrow itself in there somehow. 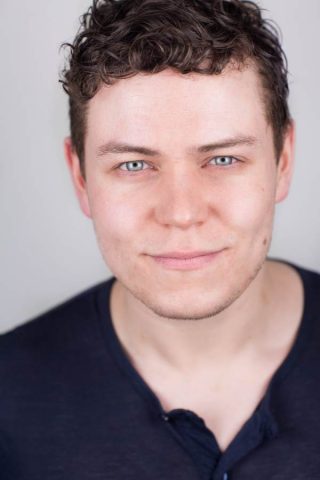 Sad indie love song is an off-beat New York love story about a boy, a girl, a fridge and another girl. Maybe.

I wrote the parts with actors in mind and we got the director we wanted too so it's been great to see them color in and flesh out the words I wrote on the page knowing that the text was just a blueprint for them to build upon and play with in rehearsal. It's been lovely to see them find things in the text even I didn't know were there.

I think the most magical moment in all theatre is in The Winter's Tale when Hermione unfreezes as the statue, comes down and Leontes says "O, she's warm!" I cry every time.

I could ramble on all day about this but we have to continue to innovate to make theatre accessible to all. Too often theatre audiences are almost exclusively old and white and I know that I'm a straight white male with the odds stacked in my favor but that's just not good enough and it has to change. It's too expensive to put on theatre and it's too expensive to go to the theatre. I see a lot of it and I know all the ways to get cheap tickets in New York but in general it's not cheap or easy enough. If your show isn't sold out, fill the seats with people who couldn't afford a full-price ticket. These things are moving in the right direction but they're moving slowly and there's no excuse not to get shit done right now.

It's increasingly important to me. I think there's absolutely a place in the current theatre for escapism and the chance to spend a couple of hours laughing but the popular theatre can educate or provoke as much as it can entertain and I think the newer stuff I'm writing is much more engaged and asks more questions.

In Manhattan at IRT Theater

Missing the New York International Fringe Festival this year? Hungry for great off-off Broadway theatre? No worries, The Arctic Group at the IRT Theatre has plenty of food for thought at NY Fridge Fest, with ten playwrights, five different programs of play offerings and one onstage refrigerator in each play to tie the festival together with imaginative and compelling plays to satiate your appetite. Complex enough for you? Chris Jones, the chief theatre critic for the Chicago Tribune, lists “complexity” as one of his must haves for enjoying a night at the theatre. It’s a daring idea, to ask more of the theatre than we sometimes ask of our own lives. But Jones is on to something, I think. In Daniel Talbott’s play Nick and Zoe (the first offering of Show Block B at Fridge Fest) we experience the most divine complexity on earth, the complexity of love and truth. Or should I say, love versus truth? Talbott’s taut, sensual play has all the elements of a great tragedy: a hero (played with dangerously compelling emotional depth and physical prowess by Will Pullen) a femme fatale (deceptively coy, the stunning Erica Pappas breaks our hearts) and a villain (I won’t give this part away). Shir …Read more