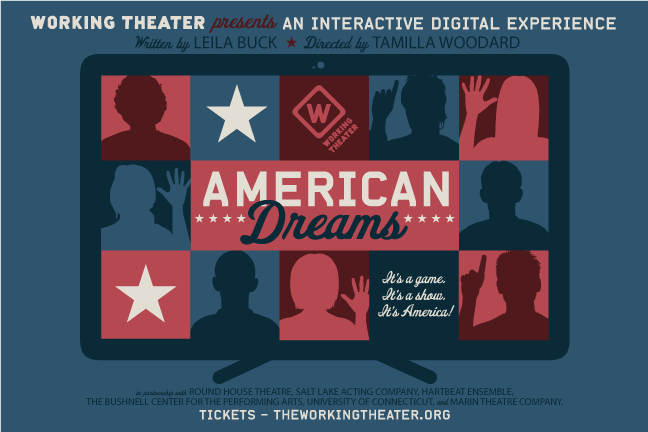 One of the controversial campaign issues this election year is immigration and the Zoom show “American Dreams” deals with the thorny issue head on.

By participating in a game show, three contestants compete for a coveted prize-the right to become an American citizen. The first is a chef, Adil (Ali Andre Ali ) from Bethlehem, Israel who seeks opportunities in the US. Despite his many years serving the country as a medic in the military, the second contestant, Alejandro (Andrew Aaron Valdez) may be deported to Mexico. The third is soft-spoken Muslim, Usman ((Imran Sheikh,) an artist from Pakistan.

They go through several rounds, first competing in a knowledge quiz, then demonstrating talent in a contest (a la Miss America) and finally answering a series of pointed, often confrontational questions. The three accumulate points, until finally, the audience weighs in and votes to determine the newest citizen.

To create a feeling of authenticity, the show begins with a series of official -sounding announcements. After all, we have now “entered a temporary government security zone.”

One of the features of Zoom is the ability to poll the viewers, and the show uses polls to get input from the audience and create more involvement. First we are asked to sing “The Star Spangled Banner. “ During the course of the 90 minute show, some of the pre-selected delegation of audience members will participate.

In the opening ‘round,’ the contestants must answer questions about the US government and the constitution. Although we were all on mute, I found myself calling the answers out (and feeling quite foolish when I got some of them wrong.)

Despite their initial pleasantries, the two smiling hosts, Sherry Brown (playwright Leila Buck) and Chris White (Jens Rasmussen)who appear on separate screens, make it clear that this is not merely a game. After all, we will be selecting the people who will “shape and control the future of this country.”

The contestants are representative of many of the immigrants seeking citizenship in the US today. To prove they will bring their value they are asked about their plans and their talents.

“American Dreams” would be ideal as an Off-Broadway show, less so as a Zoom presentation. Sadly, because of the computer system, the show often felt amateurish. It was easy to become distracted, especially when the message became overly preachy. However, “American Dreams” would have been a creative teaching tool for virtual learning.

Yet when the hosts verbally attacked the three candidates, the mood darkens and the pleasant game show becomes uncomfortable in its satire. Each man is verbally attacked for religious or political reasons. (At that point, I began to wonder why we ever let anyone in.) the winner beams in joy while one fo the others asks why they can’t all come in. Why not, we ask ourselves.

The messages are clear. Lives are at stake and decisions are often arbitrary. Like television game show judges, we have to the power to change someone’s life. It’s a weighty decision, but at least on Zoom. it’s only a game. 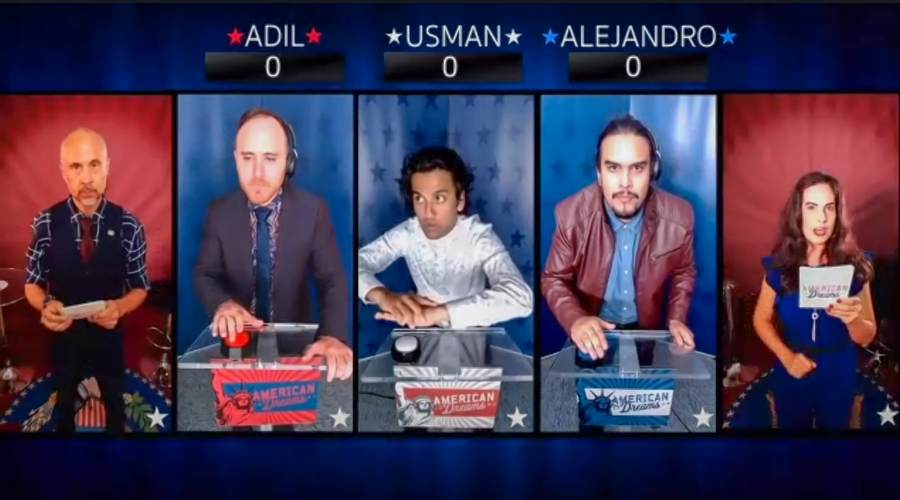