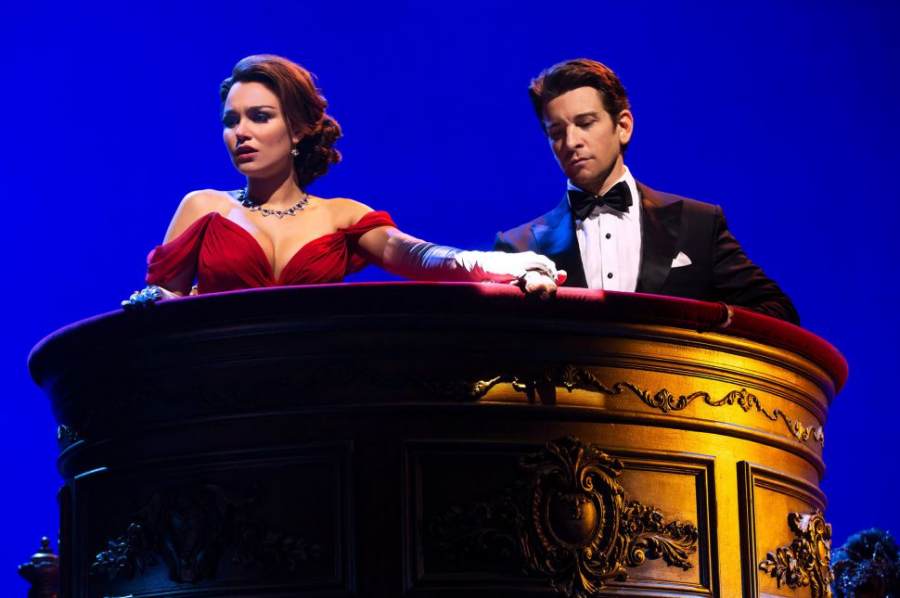 The clothes are the same, most of the dialogue is the same and of course, the story arc is the same -- so why doesn’t Pretty Woman: The Musical have the same appeal as the 1990 movie starring Julia Roberts and Richard Gere?

For one thing: it doesn’t star Julia Roberts. Samantha Barks, a lovely talented singer, has the thankless task of portraying Vivian, the role that propelled Roberts to stardom.  Despite her beautiful voice and her rave reviews as Eponine in the movie Les Miserables, Barks is set up in comparison to Roberts. She has a lovely dimpled smile and is usually charming, but unfortunately for Barks, our memory of Roberts grows brighter as time passes.

The other performers are quite good, and those familiar with Broadway musicals will recognize their names. Andy Karl, one of the hardest working actors on Broadway, plays Edward, the wealthy, emotionally stunted businessman who picks up Vivian for an evening and winds up falling in love with her. Karl has made a living performing in Broadway musicals derived from movies, having starred in Rocky and most recently Groundhog Day. Yet despite his talents and charms, he is still not a household name. His role is a thankless one since Vivian is the focal point. In fact, Karl’s best song, “You and I,” is overshadowed by the couple’s visit to the opera when Violetta’s aria is sung beautifully by Allison Blackwell.

The book was written by Garry Marshall, who directed the original movie, and by J.F. Lawton.  The music is by Bryan Adams and his long term collaborator Jim Vallance.  Jerry Mitchell, winner of two Tony Awards (La Cage, Kinky Boots), is the director/choreographer.

Much of the stage version is intentionally familiar. The majority of the story has been left intact with only a few subtle changes. Even the iconic fashions are the same. Theatergoers will recognize Vivian’s hooker outfit, a blond wig and short denim skirt, and later the elegant red gown she wears to her first opera. Many paid to see the movie that they know and love, so the important scenes have remained the same, as do the signature lines -- so much so that the audience waits for them. In fact, when Vivian returns to the Beverly Hills boutique that scorned her, this time showing the shop girls that she has a lot of money, people in The Nederlander Theatre began to laugh in anticipation.

There are some changes, however. By the end, Kit, Vivian’s roommate (played by Orfeh, a powerful, exciting singer and Karl’s real wife) gives up her life on the street to become a cop, while in the movie, her goal was to be a hairdresser. When Edward’s lawyer threatens Vivian in the hotel room, she hits him; in the movie he struck her in the face. Perhaps this is a nod to the #MeToo movement?

The most enjoyable characters are the charming and funny Eric Anderson, in multiple roles as Happy Man, Mr. Thompson, the hotel manager, and the opera conductor, and Orfeh -- the two characters who get to go beyond the movie. They also get to sing and dance the more upbeat songs with the company. In fact, the best parts of the show seem to be the changes from the movie. Poor Karl and Barks sing mournful ballads that seem to drone on and on.

Seeing Pretty Woman: The Musical reminds me of watching a performance by a cover band of a favorite musical group. Although you know the band is not the real thing, you are still disappointed when it isn’t exactly the same.

Despite the lack of any celebrity performers, the show has healthy advance ticket sales.  People are shelling out money to “see” the movie onstage but it doesn’t work. Pretty Woman falls flat, maybe it should have never left the screen. “Big mistake. Big. Huge."

In Manhattan at Nederlander Theater