November 9th was a dark day in New York City. There was an unusual hush on the train and on the street. The city that never sleeps was still and quiet. But it's in times like this that many decide to speak up and take action. Whether it's writing letters, making phone calls, protesting, marching, or making art, the voice of one may be heard by many.

Felice Lesser is a New York choreographer of over 40 years. Her newest work, Lightning, is an expression of what she sees ahead in 2017. The piece includes sections on Trump’s wall, the plight of immigrants and refugees, the Black Lives Matter movement, religious persecution, global warming, and more. I sat down with Felice and talked about her feelings after the 2016 election and how this political climate has influenced her work.

In a prior interview, you joked about how you’re a choreographer, but also a professional grant writer, because that’s what goes into putting on a show like this. Can you tell us about the work and preparation that makes this production a reality?

When you’re a director of a small company, you beg, borrow or steal. When we ran out of space, [and] everything else was booked solidly, Barnard College (where I went to school) came to our aid and, during the intercession, gave me space there. I have pro bono legal help and accounting help. Everything else, I have to do [myself] pretty much. That’s how you run a small dance company. It never changes; this has been going on for forty years. I’m just happy to be able to do the work.

My company, we call it Brigadoon: it comes alive for a day and then it disappears again. Basically you prepare one performance like that; you raise enough money from your friends and relatives, and a few little grants and everything else you pretty much do yourself. That’s the way it goes. 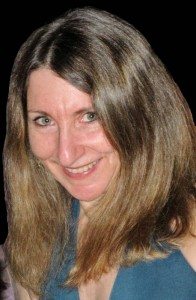 This may seem like an obvious question, but what made you create this piece on these topics at this time?

I was doing it all along; I had been working on this piece for two years. I heard a piece of music by Borut Krzisnik and I just loved his music. We started talking about doing a piece together and what interested him was the idea of borders: sexual, technological, geographical, all of that. So I wrote a grant proposal. We didn’t get the grant, but I liked the idea of the piece. Meanwhile, I heard his score, Lightning, and I thought, I want to choreograph a few sections of that as well. So I start working on a pas de deux, [which is] the piece you saw today, called Memory Prism. By then, Borut had sent me some other music, so I started putting it all together.I was dealing with those ideas: global warming, homophobia, all of the things that would have been covered in the other piece. So I thought, okay keep going. Then the election happened. I thought Hilary Clinton was going to be the first female president of the United States. I don’t think I’ve ever been prouder in my life to cast a vote for anybody as I was that day. [I thought], I’m so glad I lived to see this. Then, that night, we all know what happened.

So I was left in a profound funk. And once you saw what was going to happen here, as an artist, you feel you have to deal with this. And the topics of this piece were all dealing with things that were going to be dismantled in the Trump administration. I felt, as an artist, the only thing you can do is respond by making art, because I couldn’t do anything. I tried to do what I can do, which isn’t much. I don’t know if anyone will see this; I don’t know what’ll happen, but it’s my just response to what I’m seeing. And we know that art can change people’s lives, look at Hamilton. So, hopefully someone might see this who will be affected and maybe they can take it somewhere that I can’t. I don’t know who, but maybe it’ll matter to someone who might be able to do something about these issues -- global warming, racism… I feel it’s really important to get this piece out there right now.

To what extent does a piece like this overtake you outside of the studio? I would imagine you wouldn't be able to stop thinking about it, especially given the seriousness of the topics.

24/7. I’m finding that I’m not sleeping much. I wake up early singing some of the music. I can’t go to sleep at night. [I] can’t get away from it. But that's good because this is what I love to do! Maybe I’ll solve a specific problem I'm encountering in the piece at that moment. I do a lot of my best work in bed, when you’re just going to sleep or you just waking up and you're thinking—sometimes you can solve problems that way. You close your eyes and you're dreaming of what you're seeing on stage, this blank stage in front of you; you get an idea and that's what you run with the next day. Sometimes that's how it works.

Where do you start?

For me, I start with the music because I'm a musician.

What is your process?

It depends on the dancer and the piece. That’s the short answer. The long answer is: I work in different ways, depending on the specific piece and what its requirements are. I've found that I love to work with improvisation. I think every dancer has their own movement vocabulary that you can draw from, if you can reach it. That's why I love to work that way, because it expands your palate.

I feel that choreography is a collaboration between the choreographer and the dancers. You provide the brains, you make other decisions, you decide where goes goes musically and how it goes musically, but they provide the starting point for the movement. You then manipulate, expand, and edit what they do, so it becomes something else entirely. It generally doesn't look much like the original by the time the work is finished, as you sculpt and change everything as you go along. But I'm finding that's one of the best ways for me to work.

What do you tend to prompt your dancers with when asking them to improvise?

Different things depending on the person. Sometimes I might say, "If you could dance your dream work, what would it look like." If they're particularly musical, I could play a piece of music and ask them to respond to it. Or I could give a dramatic suggestion like, "You're washing a floor. You're exhausted, but you have to finish. Show me what that looks like." One of my favorite dancers is Kristin Licata. (She's not in this concert because she has a prior engagement.) In her case I often just have her improvise in silence, as she has one of the best facilities for that I've ever seen. And then I start to pick out movements from what she has done and expand upon and shape them. It all depends on the dancer. You really find yourself working the way that they are comfortable. The goal is to draw out what looks best on them. Some dancers hate to improvise, so for them you have to provide every single step yourself. It's different with everyone, and that's what makes it so much fun. The process is so consistently different you never get bored.

We're only at the beginning of this new term. Do you can see yourself continuing to address some of these issues in your work?

I think we're going to have to because it's the only way we will be able to fight it.

So you've got a lot of work ahead?

We all do. We're all in this situation together; we have to do something about it. We have to… I don't know. We have to keep [our] eyes open and try to keep him from doing what he's doing. How do you fight this?

What advice do you give younger choreographers who are trying to find their voice in a time like this?

Felice Lesser Dance Theater's Lightning will be performed February 8-12 at the Duke on 42nd St.