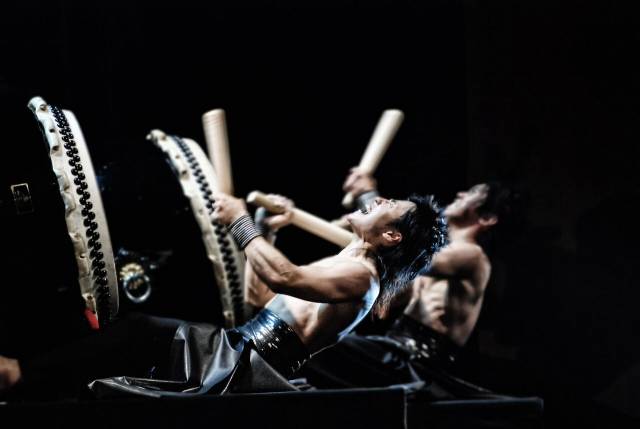 The Japanese taiko drum and dance sensation Drum TAO is slated to premiere its new show, Drum Heart, in February at the NYU Skirball Center. At the center of the New York City-only production is the famed Japanese director Amon Miyamoto, reuniting with the team behind the Tony-nominated Broadway revival of Pacific Overtures. We spoke with Mr. Miyamoto about bringing the show to the U.S., and how his theater background translates to a different stage.

Your background is opera, straight plays, and musical theater. How did you get involved with Drum TAO? What drew you to it?

Amon Miyamoto: TAO expressed to me that they were interested in creating a show with a story, and I decided to take their offer. Prior to this production, TAO’s performance style had been to pause after each number to take a bow and receive the audience’s applause. This is the first time, for TAO, [that they] incorporate a story into their show.

I have wanted to explore further the possibilities of non-verbal performances, and luckily I was able to do that this time, through working with TAO and incorporating a storyline.

In our story, a boy who has lost his parents lives through disasters, together with his fellow villagers. Japan is currently caught up in a cycle of natural disasters—great earthquakes, tsunami, and volcanic eruptions. And historically, we have gone through destructions and reconstructions through many such cycles. Each time the Japanese are faced with a disaster, we ask ourselves what to rely on and what to live for.

I have created this production through incorporating such philosophy into our story. 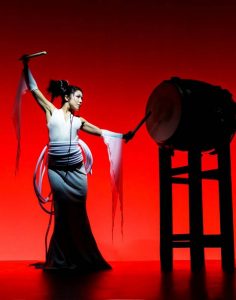 You directed a Japanese-language version of Stephen Sondheim's Pacific Overtures, and then the Tony-nominated 2004 English-language revival on Broadway. How is Drum TAO, and a production like Drum Heart, different from musical theater and Broadway?

Also in our production, we are unveiling a very special taiko drum called Gekko (meaning “moon drum” in Japanese), which does not have a wooden shell – you will only see the drum skin (or the drumhead).

This drum was developed for a scene in which a heavenly maiden of nature “drums” the moon. It produces a sound that no one has ever heard—in Japan, or even in the world. I would love for you to feel its mystic sound in your heart. Through the core of your body.

Drum Heart is a completely new show, and actually different from what you're touring in North America, which is Seventeen Samurai. Why have you chosen to limit it to New York this time?

TAO's producer and I agreed that we would really love for the audiences in New York to see this production, so we altered our plan.

New York is home to the development of many forms of culture, including theater and musical theater, and we would love to share our new challenge with the people over there.

I sincerely hope that our production, with its new and unique form of expression, reaches many people.