February 12, 2018
Film
John Malkovich
Review: ‘Casanova Variations’ Worked Better On Stage Than It Does On Screen 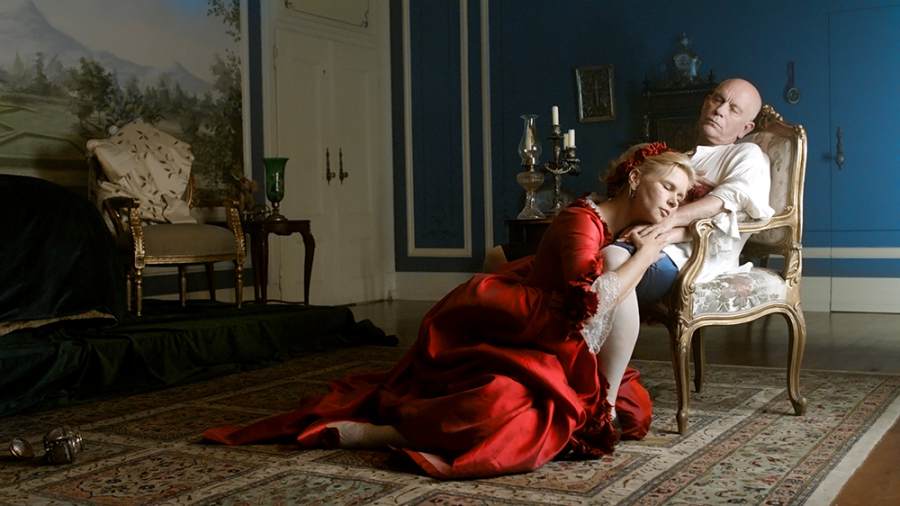 John Malkovich originated the role of famed lover Giacomo Casanova on stage in The Giacomo Variations, a chamber play by Michael Struminger, that toured many European countries starting in 2014 before being adapted for the big screen. The film opens with an audience coming into the theater before the stage production, and there are scenes in which Malkovich plays himself. At one point he encounters a couple of fans backstage, including one who informs him that he was responsible for her sexual awakening. The line between character and actor becomes even murkier when we see the elderly Casanova writing his infamous memoirs, as a beautiful blonde woman who doesn't fall for his seductions longs to get her hands on the forbidden book.

All through its run-time Casanova Variations is a pure stage-to-movie fusion, which led to a confusing story-line and evoked no emotion in this reviewer. The acting was executed with precision, and the costumes were exactly what one should expect from an opera featuring the famed Casanova. But the film is patronizing in a way that implied I was not quite intelligent enough to grasp what a great artistic feat this mix of concepts was. Needless to say so, this condescension was depressing. However, this has less to do with the audience's knowledge on art and history and more to do with the fact that Casanova Variations worked better on stage than it does on screen.
Share this post to Social Media

Review of Sebastián Lelio’s ‘Disobedie...
Jean-Luc Godard and the Dziga Vertov Group on MUBI
Review: Landline
A Review of ‘Filmworker’