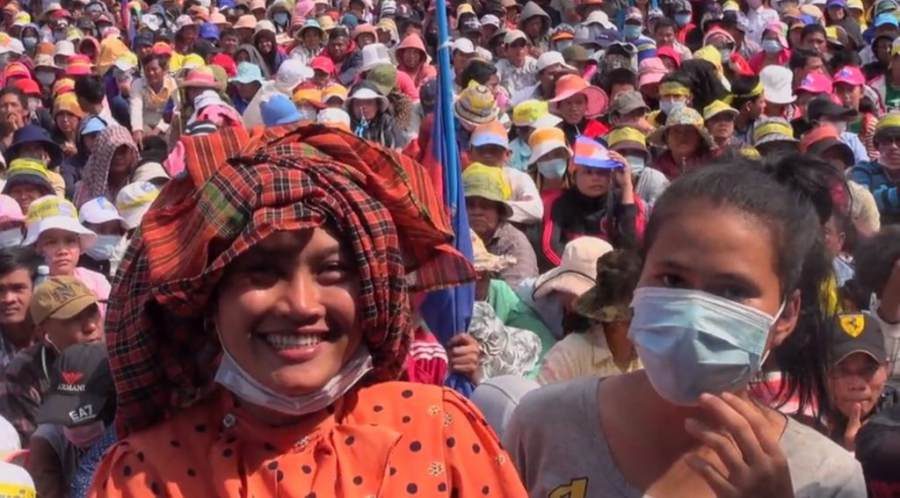 For many people the mere mention of Cambodia brings to mind atrocities of the most gruesome and depressing kind. The country itself is still seen in the popular public eye as under the gauze of melancholic memory; the Khmer Rouge held power for four years, 1975-1979, but still their actions have left a mark yet to be overcome. This is the topic explored by Angkor Awakens: A Portrait of Cambodia. Although not a groundbreaking cinematic feat, it is a trip into the annals of Cambodian history. Brought to you by Robert H. Lieberman, the same director of They Call it Myanmar, this  film serves not only as an educational outlet, but also as a beacon of hope.

Straightforward and true to typical documentarian form it includes archival film footage, photographs, and interviews with survivors of the Khmer Rouge's terrible genocide. There are even children of survivors who raise their voices to the camera, and sometimes their tears. Some relay the stories of their parents and grandparents, speaking for those who find it too difficult to tell the story themselves. Others simply state that they are thankful for what they have. Even others admit that they really have very few details from older generations about the Khmer Rouge's campaign of death through their country; those of older age would rather forget it completely, than to dredge up painful memories. This is an important aspect to the film's power: it proves how important it is to younger generations to have truth, and how they realize that without knowing their history, bluntly and unbiased, it is more possible to repeat it.

The film provides a glimpse into the Khmer Rouge's reign, the beginning of the country's inward collapse, as well as the aftermath. There is a good fifty-year history here, and at times it can be difficult to grasp. The content is vast, dense and incredibly heavy. However, this history is important, as well as completely relevant to current societal issues, not only in Cambodia, but everywhere. The director makes sure to point out that the baser human instincts and actions found within this story are still at large today. He also makes sure to show that there is positivity and motivation within the present. Cambodians are starting to reach for more information; they are open and hopeful, and perhaps set an example for the large wave of young optimism across the globe.

During a Q&A after the screening at Sunshine Cinemas, Mr. Lieberman stated that he is amazed that there is a film at all. 200 hours of footage were condensed to create this 90 minute film. He also asked that you give what you can to the incredible organization Zomia, a social purpose corporation giving funds to students of need in Cambodia, Myanmar, and Thailand. Though it may not be your favorite film of the year, the take away here is that positivity begets positivity and that education is the key to deeper understanding, tolerance, and societal strength.