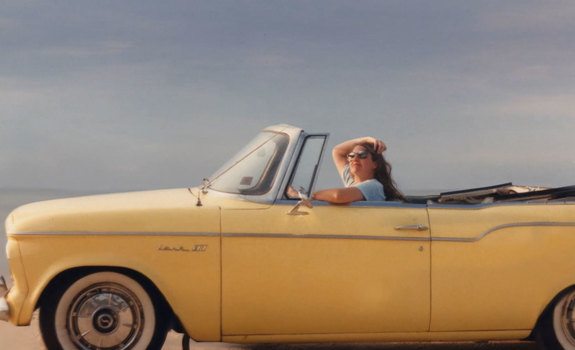 Through the windows of an abandoned farmhouse in New Hampshire, a prospective buyer spots the decaying body of what appears to a homeless woman. Next to her body, a diary reveals an astonishing journey of survival and starvation during one of the coldest winters on record. God Knows Where I Am tells the tragic story of Linda Bishop, who spent three and a half months in hiding, surviving on apples and rainwater, struggling to tell reality from illusion, and waiting for God - or "Steve" - to save her.

A cryptic note left by Linda suggests that sinister forces were responsible for her death. But, through interviews with friends, family and caregivers, a different portrait emerges; one of a woman separated by mental illness from loved ones and community. Ultimately, the most sinister forces responsible for Linda's death may have been the destructive impulses of a mind overpowered by empty, paranoid illusions, and the failure of institutions intended to care for her.

We see Linda only in photos and home video footage, while excerpts from her diary are hauntingly narrated by actress Lori Singer. Friends and family paint a loving picture of a fiercly independent, quick-witted woman, a doting single mother and a caring daughter. Once mental illness starts to take hold, however, we witness a life torn apart by delusions that compel Linda to trade her most important relationships for fantasy. Through the excerpts of her diary, we hear a woman who is vividly, and defiantly, alive in the small details of her day-to-day life, but needlessly isolated within the stifling confines of an alternate, constructed reality. The cruel nature of her illness left Linda alienated in plain sight; surrounded by potential help, but deliberately ensuring that it doesn't reach her.

The cinematic challenge of an intimate documentary with an absent protagonist is met with stylistic flair by directors Jedd and Todd Wider, and cinematographer Gerardo Puglia, opting for haunting, detailed camera work that captures the wintery atmosphere of Linda's final months, floats through the empty spaces of the house she hid herself in and makes visceral her starvation by documenting her dwindling supply of decaying apples. Like Linda, the film's photography is largely confined to the empty farmhouse and the opinions of her friends, family and caregivers. The most affecting interviews are with Linda's daughter, Caitlin, who speaks with deep affection of her devoted, free-spirited mother, but with deep pain and bitterness of her mother's illness and the delusions that would constantly drive them apart. Sadly, the feeling seemed to be mutual: Linda, the woman, loved her family deeply, but her illness came to treat them as the enemy.

At its centre, the film poses an important social question - how do we protect the independence and autonomy of individuals struggling with mental illness when their ability to make informed decisions is directly impacted by the nature of their illness? If a person is held hostage by their own mind, how far should we go to protect them from themselves? These are questions that had very real implications for Linda and her loved ones, and which the film effectively implores us to consider.