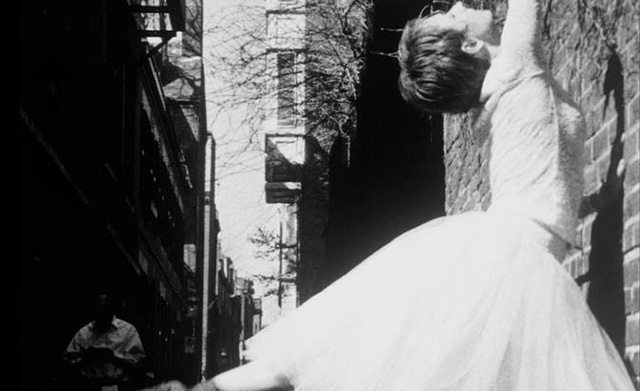 Directed by Tatyana Bronstein, "Prima" follows Larissa Ponomarenko, a former principal dancer with Boston Ballet, as she makes the transition from performing to working behind the scenes as a teacher and ballet mistress. Happily, Bronstein resists the cliches that so often beset cinematic stories about aging dancers; hardly distraught, Ponomarenko adapts to her new role in the company with her usual quiet grace. The film interweaves interviews with current company members and footage of Ponomarenko coaching younger dancers with a series of site-specific dance works that take us from a wildflower-filled meadow and the banks of the Charles to Boston's South Station.

Choreographed by Ponomarenko's husband, Viktor Plotnikov, these dance vignettes -- simple and fleeting as they are -- manage to show why the younger company members speak of her with such great respect.  As Ponomarenko picks her way along a sea wall or stands on a subway platform, skirt whipping about her ankles and arms seeming to propel the train along the tracks, she is incandescent.

"Prima" will have it's NY premiere on Monday, February 3 at 3:30PM, with short "ME: Story of a Performance". Director Tatyana Bronstein will be in attendance. 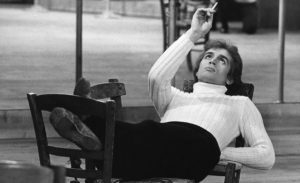 The Rudolf Nureyev of Fabrice Herrault's documentary is one for whom dance is life: asked by journalists where he considers his home to be (he performed around the world after defecting from the Soviet Union in 1961), he says, "My only ground is my work."  It's a refrain repeated often through the film.

This is something of a departure from recent portrayals of Nureyev, which have preferred to focus on his private, often scandalous, life -- his affairs, his treatment of his dancing partners, the occasional thrown dinner plate. Herrault chooses to ignore these more sensationalist stories, and his return to Nureyev-as-dancer is not unwelcome.  With rare performance and rehearsal footage -- much of it previously unseen -- this impressionistic portrait allows us to watch Nureyev at the height of his career.

Part of the Dance on Camera series, co-presented by Dance Films Association and the Film Society of Lincoln Center.