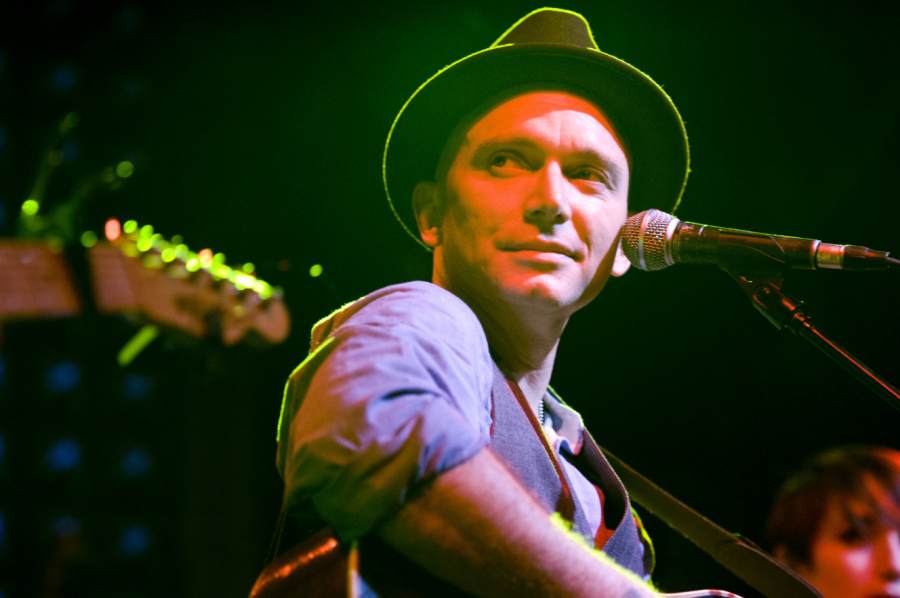 While many holiday albums are populated by fanciful snowmen, flying reindeer, and jolly old men, Loose Cattle’s Seasonal Affective Disorder features stories about people living different kinds of Christmases. In songs like the affecting “Please Daddy (Don’t Get Drunk on Christmas)” or the politically conscious “Shepherds in a Parking Lot,” the band led by Tony-winner Michael Cerveris and Kimberly Kaye, are telling stories about people living in the margins, and what the season means for them. It’s a beautifully constructed album, with thoughtful arrangements, heartfelt vocals and a message of unity and compassion that feels both timely and timeless. We spoke to Cerveris about his upcoming show at the Sheen Center, which will feature guest stars like Ben McKenzie and Will Chase, about the meaning of the season, and storytelling.

I’ve been listening to Seasonal Affective Disorder and I don’t wanna sound trite, but I got a sense that in your songwriting you’re trying to remind us of the things that really matter during Christmas, things like being nice and kind to people, rather than the glitzy, snow covered idea that we see on TV.

That’s a beautiful thing to take from the album, I think it’s absolutely at the heart of what we were trying to do with this record. We wanted to acknowledge the important things of the season as much as the easy things. Getting back to that essential message of what the holiday is supposed to be about regardless of your religious affiliation. The essence of the holiday is the redemption of the human race coming in the humblest way, I think that certainly gets lost in a lot of the materialism of Christmas. A lot of the songs we chose talk about the humblest people, going through hard times and finding a light of hope in their lives.

You mentioned religious affiliation, but a song like “Christmas Card from a Hooker in Minneapolis” struck me as very politically poignant given the state of profound economic injustice America is in at the moment. Why was it important for you to tell those stories through those lenses?

There’s a valid feeling from a lot of people on different sides of the political spectrum who are feeling left behind and not cared for. It’s not a right vs. left wing position, as much as it is an economic position, the poor and middle classes are literally having their safety net taken away from them. The people in the record have found their own ways to survive because they’ve been left behind in one way or another, we want to reach out to those people and show them solidarity. We all feel more affinity with that than with glittering palaces or fancy Christmases. Many people may feel Christmas is only Christmas if you can give expensive presents and that’s not what it’s about.

What did you ask Santa for Christmas?

If he has a big box of compassion that’s what I’d like to see. A lot of the song choices in the record were made because Kimberly went through a difficult health situation, she was diagnosed with a rare digestive disorder and last Christmas she spent in a clinic with a feeding tube. Her experiences with the healthcare system shaped a lot of how we looked at the whole season. We started a crowdfunding campaign to raise money to help her, we did it with very low expectations and it was so astounding to see how generous people were. People from all over the world made donations and left notes of encouragement. The incredible generosity of people who sometimes have very little themselves was the other side of the experience.

There are some great stories in the songs in the album. Is there a Michael Cerveris short story book in the future or a play or a musical written by you?

When I’ve written my own songs for my own records people have asked me similar things. I’ve thought about writing a musical or a theatre piece, Kimberly is a playwright and has dome some great satirical things, one of them we did in New Orleans called A Christmassacre Story which was a combination of The Silence of the Lambs and A Christmas Story. I think it’s not surprising we were drawn to Americana because the songs in that genre are often driven by characters. Maybe as we continue to write more music of our own, there will be something that finds itself into a dramatic form beyond a song.

Our hope was to make a Christmas record you could play all year long, the songs are good and we consciously tried not to load it with too much sleigh bells and stuff. I agree with you, I love Christmas records, I have my own lot I pull out during the holidays. Kimberly has had tougher Christmases, so the record was a compromise between our sensibilities. When you make a Christmas record you usually record it during the summer, so that helped a little, we might be singing about cold weather but we were sweating like crazy while we recorded in New York and New Orleans. I hope it’s a record people will love to play during this time of year, but they will also listen to it during the other seasons, because the things we sing about are true all year long. 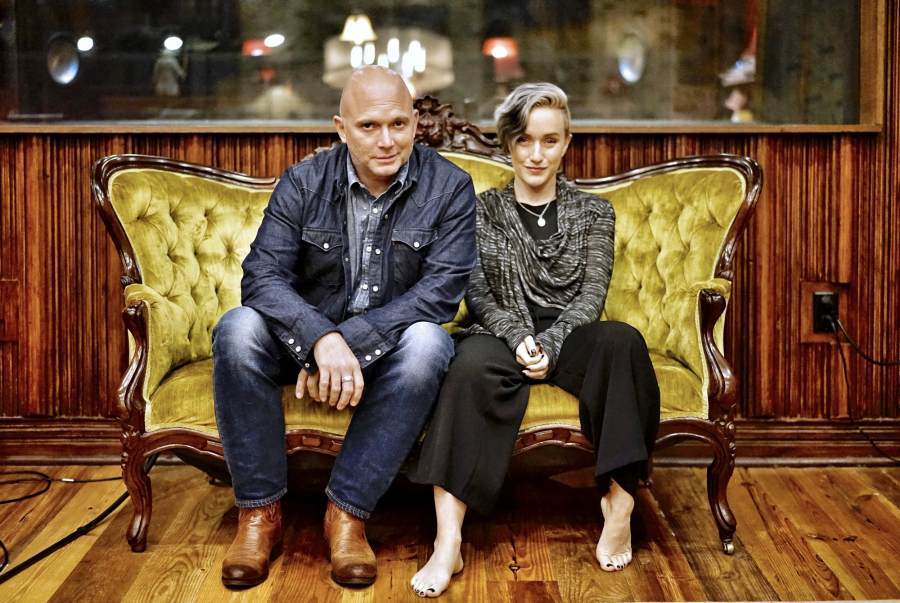 You have an amazing lineup of guests for your show at The Sheen Center. Mind telling me more about getting to work with all these people?

I’ve always loved the Christmas special, and the variety of people who show up to these specials. I wish there were more of those shows in general, I remember growing up with those and it was always so exciting to see people who came from different world working together, the best example of that is the David Bowie/Bing Crosby “Little Drummer Boy.” Will Chase and I are planning something along those lines for the night, he was an obvious choice because we share the Broadway experience but also country music. Basically I’m so jealous he got to play a country star on Nashville, so I wanted to stand next to him onstage and feel like I was friends with his character Luke Wheeler.

My friend Laura Cantrell, is one of my favorite singer/songwriters in town, I learned of her through her bass player who was in the Hedwig band. She’s always been there, I did a benefit for flood relief for West Virginia a few years ago, I called Laura and she was one of the first people to sign on. Ben McKenzie and Robin Lord Taylor I met doing Gotham, and they’re both fantastic guys, they’re so much fun to work with, we talk about music all the time. Ben is from Austin and we’re both big fans of Robert Earl Keen, in between takes we would sing his songs together, so when I was putting this show together I asked them if they wanted to sing and they both said yes. Robin said he’d be there even though he doesn’t really sing, but he loves doing things that scare him. He chose the perfect song to do. I love when Christmas specials offer something unexpected, a combination of things you wouldn’t see elsewhere. I think the night will be full of that, I’ve never had a horn section with me before, so that will be fun.

You’ve been doing more TV lately and the holidays are a perfect time for binge watching. What will you be watching this season?

Yes, I wanna see Mindhunter, David Fincher is a great TV maker and I’m excited to see Jonathan Groff and Anna Torv who is my friend from Fringe. I also am way behind on Big Freedia’s Queen of Bounce on Hulu, she’s a much beloved New Orleans music figure so I wanna binge that.

What’s your drink of choice during this season?

Eggnog, I worked in Germany for a few years during Tommy and I was really into Glühwein, but I haven’t found a good recipe yet, so in the meantime I’ll be sipping on eggnog.

What musical are you looking forward to seeing this season?

The Band’s Visit, I’m dying to go see it!