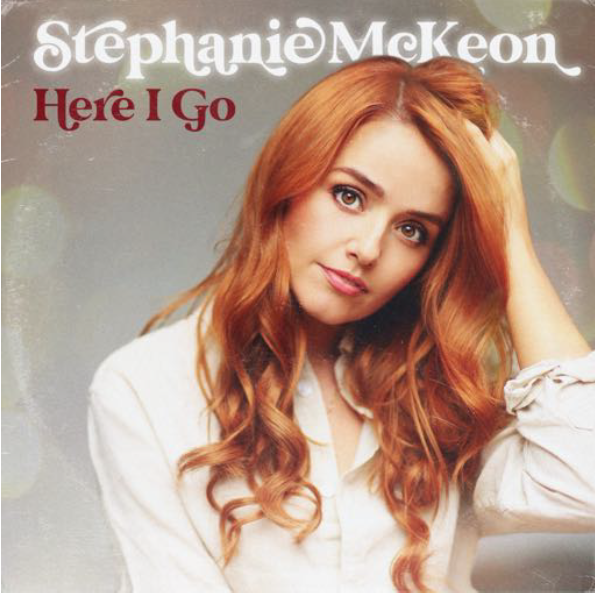 Ahead of her starring role in the West End production of Frozen The Musical, Dublin-born actress Stephanie McKeon is releasing her debut EP: Here I Go. The EP features songs that she feels a “deeply personal connection to.” And making the album even more personal is the fact that it was produced by her husband, critically acclaimed musician and multi-instrumentalist Kyle Riabko.

“The focus of this EP is Steph’s beautiful voice,” says Riabko. “The calmness, the ease, the intimacy of it. To hear Steph sing is to fall in love with her — literally, in my case! This EP was an opportunity to encapsulate that sensation and share it with the rest of the world.”

In fact, Riabko and McKeon met in the West End production of Close To You: Bacharach Reimagined — a musical celebration of Burt Bacharach’s songbook with fresh arrangements by Kyle Riabko. The Original West End cast recording, which features McKeon, was also produced by Riabko.

Describing the sound of her new EP, McKeon says, “I really wanted to play with a sort of timeless vibe throughout the record — recording songs from various time periods and wrapping them in an homage to some of my favorite artists of the 70s, including Fleetwood Mac/Stevie Nicks, The Carpenters, and Carole King.”

The title for the EP is a lyric from the first track: Dolly Parton’s 1977 hit "Here You Come Again" (which was co-written by Cynthia Weil, the real-life inspired character whom Stephanie portrayed in the West End production of Beautiful: The Carole King Musical back in 2017).

Of course, the title also speaks to this exciting moment in McKeon's career: she's about to star in the highly anticipated Frozen The Musical in London’s West End. McKeon will be appearing as Princess Anna alongside her co-star Samantha Barks (Elsa) in Disney’s Frozen, which opens September 8th at The Theatre Royal Drury Lane.

Another track that fits well into this moment in time is McKeon’s fresh take on "As If We Never Said Goodbye" from Andrew Lloyd Webber’s Sunset Boulevard. While the original song is a haunting ballad about a star of the screen making her comeback, McKeon had a different kind of comeback in mind.

“This song resonates with all performers making a return to the stage, and it’s arguably more meaningful than ever as we come together for theatre’s long awaited return following the Coronavirus pandemic,” McKeon says. “The song contains the entire spectrum of emotions we’re all feeling as we re-enter the theatre: excitement, anxiety, self-doubt, and a little bit of pining for the way the world once was.”

The EP also includes renditions of "Something Good" from The Sound Of Music, "Stay" (featuring Kyle Riabko), and "God Only Knows" by The Beach Boys.

Here I Go is available to download and stream on all major platforms from August 30th, 2021. The CD will be available for purchase at the Theatre Royal Drury Lane.