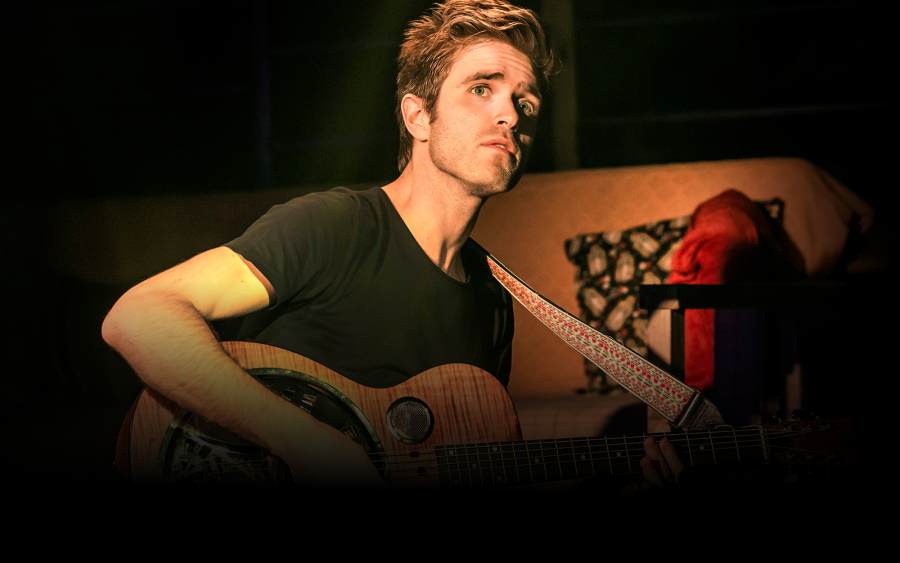 Broadway actor, singer, guitarist, and composer: Kyle Riabko would appear to be multi-talented in the extreme. What that means, among other things, is that his new album, Richard Rodgers Reimagined, is a purely delightful musical experience from one end to the other. The album follows up on his success with Close to You: Bacharach Reimagined -- a show featuring Riabko's interpretations of the music of Burt Bacharach. In Richard Rodgers Reimagined, Riabko plays around with some of the most classic songs in musical theatre history, including "Oh, What A Beautiful Mornin'," "My Favorite Things" "You'll Never Walk Alone," and even "Blue Moon." The whole album merits a listen-through, but here are our top five favorite songs:

1. This Nearly Was Mine

This song is straight honey poured into musical form. Riabko's effortless vocal style, set to a feathery guitar line with a little piano sprinkled in, makes for a warm, tender version of "This Nearly Was Mine" from Rodgers and Hammerstein's South Pacific. The casual yet smooth intro - which sounds a bit like Riabko extemporizing - is a perfect little moment of musical playfulness that works as a seamless transition into the more ordered sounding rhythm that follows. When Riabko's voice comes in, the effect is complete. Both guitar and piano (and do I detect strings?) are beautifully understated throughout - like the hint of piano we get in the first verse before it melds back into the moving line and disappears - coming back in that tinkling cascade towards the end of the song. 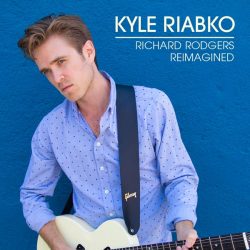 "The Lady is a Tramp" proves that Riabko's talent for musical interpretation is just as strong when it comes to more upbeat numbers. With a soft percussion presence and fun guitar line, this song feels both fresh and sleek. Riabko's jazzy harmonies also help, of course, as does his Jason Mraz meets Harry Connick Jr. style.

Riabko takes to South Pacific like a cat to cream. His re-imagining of "Some Enchanted Evening" is playfully casual, yet tender and lovely. The piano part makes the piece, but without Riabko's easy sensitive voice, it wouldn't be nearly as perfect.

4. Oh, What A Beautiful Mornin'

Maybe I'm biased because this is one of my favorite Broadway songs, but I really think "Oh, What A Beautiful Mornin'" is one of the funnest songs on the album. This one starts out slow, allowing Riabko plenty of time to savor each word. But soon the music picks up and becomes the more upbeat Oklahoma! classic we all know and love. Never before, however, have you heard this Midwestern cowboy's ditty performed with such class.

This track comes from the lesser known Rodgers and Hart musical Pal Joey. Riabko's sensitive arrangement gives center stage to his warm, sensual tone. Once again, it's a win.

Ghostlight Records will release Richard Rodgers Reimagined  in all formats on Friday, October 27. Customers that pre-order the album will immediately receive the album’s first single “Oh, What A Beautiful Mornin'”: https://itunes.apple.com/us/album/richard-rodgers-reimagined/id1282660811