Spooky season is here, and with it, a bunch of spooky shows destined to keep you on the edge of your seat. Whether you're looking for laughs or scares this Halloween, we've rounded up the best theatre events to help you celebrate this ghoulish time of year.

What better way to ring in All Hallow's Eve than with one of the most famous ghost stories of all time, which just happens to take place in New York? Michael Sgouros and Brenda Bell's original musical based on Washington Irving's "The Legend of Sleepy Hollow" runs at The Players Theatre through November 7th. Get tickets.

Also running at The Players Theatre in October is BOO! A festival of short horror-themed plays by up-and-coming playwrights. If spooky experimental theatre is your thing, hop on your broom and head over. Get tickets.

Kevin Augustine's weirdly beautiful puppet show uses an assemblage of skeletons and body parts (not real body parts, obviously) to create a poetic meditation on life and death. Just hurry up, because this spectacular show is only running at La MaMa through October 10th. Get tickets.

It's hard to imagine a better Halloween musical than Little Shop of Horrors, a show about a man-eating plant that forces an innocent florist to become a murderer. Now, with an Off-Broadway cast that includes Jeremy Jordan, Tammy Blanchard, and Christian Borle, you can see this classic horror musical like never before. Get tickets. 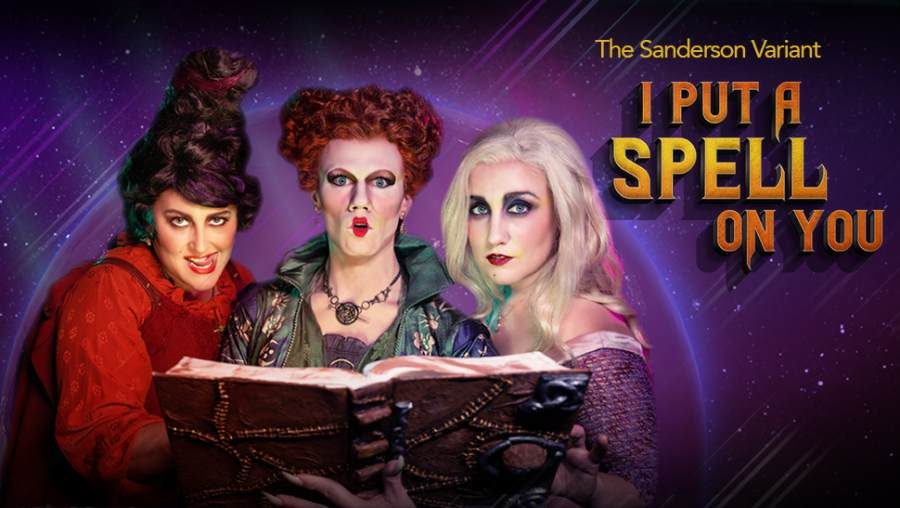 If you're not yet ready to venture into the world of live theatre again, stay in and enjoy this delightfully spooky ode to Hocus Pocus. The annual sold-out Halloween concert returns this year as a livestreamed event on October 28. (On-demand viewing will be available until November 1.) Jay Armstrong Johnson, Allison Robinson, and Amanda Williams Ware will play the Sanderson Sisters, joined by a starry cast that includes Eva Noblezada, Gavin Creel, Will Swenson, and Robyn Hurder. Best of all, the event benefits Broadway Cares/Equity Fights AIDS. Get tickets.

6. The Phantom of the Opera

Broadway's favorite ghost returns October 22, just in time for Halloween! If you've never seen the longest running show on Broadway, now is the perfect time. And if you've already seen it, there's never been a better time to return to the music of the night. Get tickets.

7. The Play That Goes Wrong

If you're not into scares and jumps but still want to do something fun for Halloween, The Play That Goes Wrong is for you. After a successful Broadway run, the hilarious comedy returns Off-Broadway at New World Stages on October 15. While it's definitely not the traditional Halloween fare, it concerns an amateur troop of actors trying to mount a murder mystery, and the number of things that go wrong during the performance is simply frightful. Get tickets. 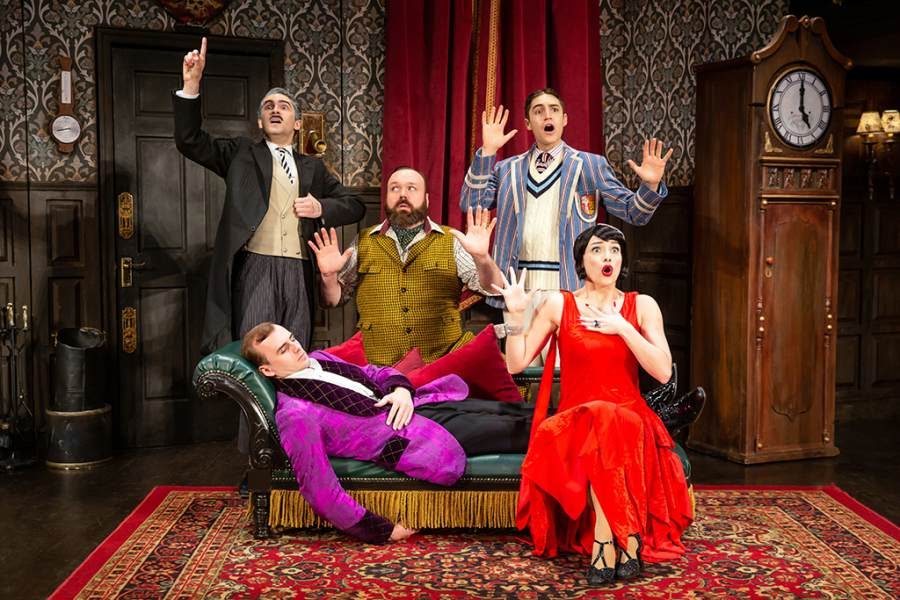 Aside from Phantom, and until Beetlejuice returns next spring, which, let's face it, is too late for this Halloween season, Wicked may be the most Halloweenish musical currently on Broadway. It has witches, over-the-top costumes, and even a scarecrow. What more could you want? Get tickets.

9. The Woman in Black 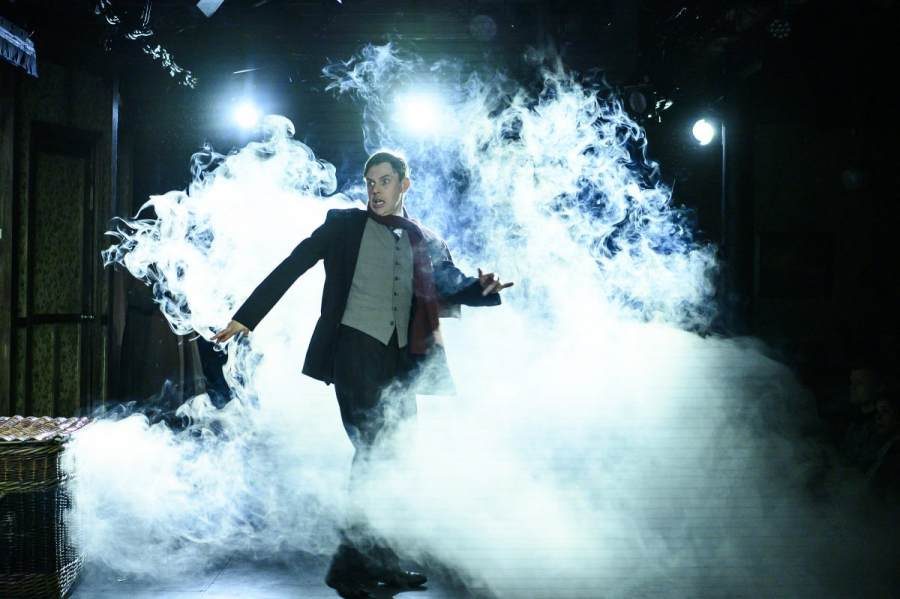 This year, immersive London sensation The Woman in Black finally comes to New York, with performances at the McKittrick Hotel through October. If you can score a ticket to this expensive, nearly sold out show, you deserve all the Halloween candy. Get tickets.

Travelers come from far and wide to visit the 1893 World's Fair in Chicago. They may just never leave. Inspired by Frankenstein and H. H. Holmes notorious "murder castle," this absurdist show is suitably morbid. Get tickets.

Calling all witches, demons, and ghouls--for the wildest, spookiest Halloween party in NYC, head to the McKittrick Hotel on October 29, 30, or 31 for The Witches' Ball. This rollicking event includes an open bar and performances throughout the night. Get tickets. 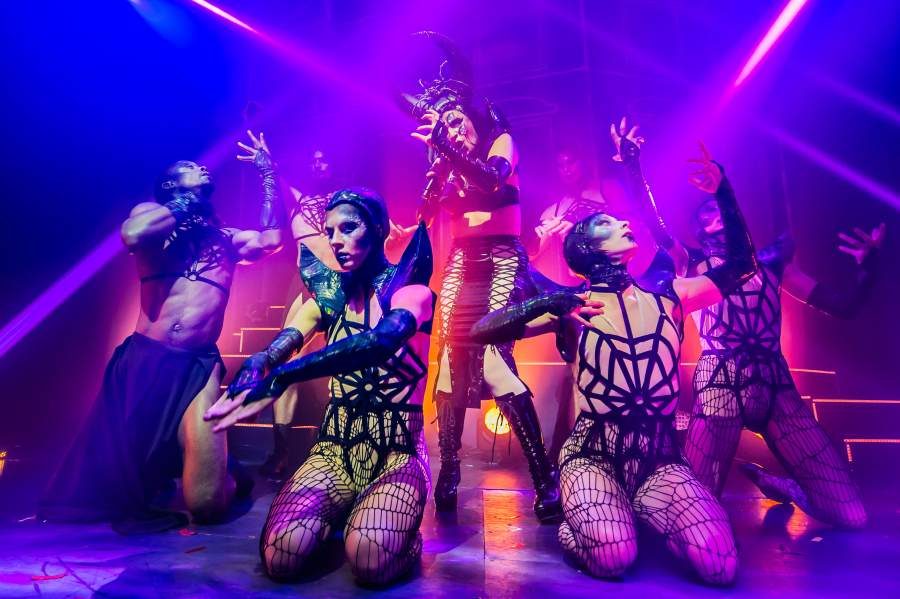 Which Halloween shows are you excited for? Let us know in the comments!

Interview with Adam Kraar
Becky Baumwoll of Broken Box Mime Theater talks us...
The 2022 FRIGID Festival
Actor Erin Cronican on how it feels to star in ...