March 5, 2015
Theater Feature
How Funny People Have Fared on Broadway 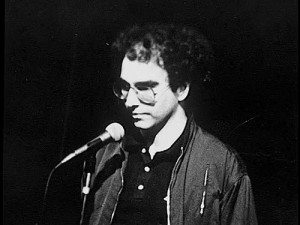 All through rehearsals and early previews, Larry David tried to keep people in the dark about his new play, “Fish in the Dark”, which opens on Broadway this Thursday (March 5). A seemingly private and prickly fellow by nature, David nevertheless had chosen an overt title for his comedy, “Shiva”, which he changed later, presumably for the sake of goyim who wouldn’t get the reference. (“Shiva” is the seven-day mourning period Jewish families observe after a death.) It’s a rare conciliatory gesture for a man who tends to stick by his guns when it comes to humor. After all, this is the Larry David who confirmed last week to “60 Minutes” that once—during his early years doing standup--he went onstage, looked at the audience, went “ehhhh,” and chose not to continue.

David did not make his mark in stand-up—it would take “Fridays”, “Seinfeld” and “Curb Your Enthusiasm” to cement his status in comedy—so it’s an admitted risk for him to return to live performance. That said, Broadway has been a reasonably friendly home to comedians, whether they’re actually doing their acts (Colin Quinn, Lewis Black, Bill Maher, Jerry Seinfeld) or performing in /writing in plays or musicals. Here’s a rundown of some folks who started their careers with “How’s everybody doing?” and moved on to opening nights and final bows.

WOODY ALLEN – After penning jokes for other comedians and then for TV, the diminutive genius conquered shyness and began performing his own material. Broadway also beckoned in the early 60s, and Allen contributed to the revue “From A to Z” before penning the hit “Don’t Drink the Water” and starring in his own “Play it Again, Sam”, later filmed for wonderful posterity by Herbert Ross. Ever since then, however, Broadway has not been so kind to the Monday-night clarinetist. 1981’s “The Floating Lightbulb” flickered for two months at the Vivian Beaumont, and his frenetic one-act farce, “Honeymoon Hotel”, didn’t help 2011’s “Relatively Speaking”. And what looked to be a smash in previews—2014’s musical version of his film, “Bullets Over Broadway”--became a shocking flop owing to mixed reviews and, one supposes, public distaste for the man’s domestic affairs.

SHELLEY BERMAN – No one worked one-sided telephone conversations like the now-90-year-old comedy legend, who had a recurring role on David’s “Curb”. On Broadway, Berman debuted in the 1959 revue, “The Girls Against the Boys” (among the girls: Nancy Walker; among the boys: Bert Lahr, Dick Van Dyke and a pre-“Annie” Martin Charnin). 1962 brought the short-lived, Hal Prince-directed musical, “A Family Affair”, but 1980 saw Berman bringing back his classic sketches in “Insideoutsideandallaround” at the Bijou Theater.

SANDRA BERNHARD – The edgy comedienne who nearly stole “The King of Comedy” out from under Jerry Lewis, tends to do New Year’s stints at Joe’s Pub, but she did spend more than a month at the Booth Theater in 1998 with “I’m Still Here…Damn It!”

PAT COOPER – Mining the Italian-American mindset for comic gold (and his family strife for “Howard Stern Show” notoriety), Cooper has reached Broadway just once to date – as the comic relief for crooner Jimmy Roselli in a 1969 concert show at the Palace.

BILL COSBY – Amazingly, this star of big and small screen never tried Broadway, though he did make an appearance at a 1988 one-night event at the Shubert Theater celebrating the legacy of Paul Robeson. Also on the bill: Ossie Davis and Earle Hyman. As far as we know, neither was molested.

RODNEY DANGERFIELD – Still riding his post-“Caddyshack” comeback, the man got a lot of respect doing two weeks of stand-up at the Mark Hellinger Theater in 1988.

PHYLLIS DILLER – In 1969, towards the end of “Hello, Dolly!”, she came down that fabled staircase for a spell.

JIM GAFFIGAN – Not a Hot Pocket in sight when Gaffigan took on a serious role in the 2011 revival of “That Championship Season”.

GILBERT GOTTFRIED – in 2001 he did a week as the Narrator in—what else?—“The Rocky Horror Show” at Circle in the Square. Strangely, he has yet to be asked to play Curly in a revival of “Oklahoma!”, but one can only hope.

KATHY GRIFFIN – In 2011, the Belasco Theater hosted “Kathy Griffin Wants a Tony”. She got laughs but not the statue.

BUDDY HACKETT – A classic Borscht Belt to Broadway story, the man known for his “Chinese Waiter” routine reached The Street in the 1955 farce, “Lunatics and Lovers” and even had a musical—1965’s “I had a Ball”—created for his talents. Of course, Hackett’s most memorable appearance in a Broadway musical wasn’t on Broadway; it was in the film version of “The Music Man” where he capered to the semi-immortal “Shipoopi”.

EDDIE IZZARD – The offbeat English comedian has done his stand-up act off Broadway, but he’s played it straight on Broadway twice: in 2003’s “Joe Egg” revival and as a cast replacement in David Mamet’s “Race” in 2010.

JACKIE MASON – Years after flopping in his own play, 1969’s “A Teaspoon Every Four Hours”, Mason’s success with “The World According to Me” not only revived his career but served as proof that the Catskills could play on Broadway. Which they did with Freddie Roman and company, in 1991.

JOHN PINETTE - In 2006, the funny foodie took a turn as Edna Turnblad in "Hairspray".

JOAN RIVERS – Feathers were ruffled when the Broadway League initially decided not to dim the lights on Broadway marquees after her passing (they relented only after a public outcry). Rivers wrote and starred in two plays that flopped on The Street – 1972’s forgotten “Fun City” and the not-as-bad-as-they-say-it-was “Sally Marr…and her Escorts” from 1994. As shown in the documentary, “Joan Rivers: A Piece of Work”, the indefatigable star was hoping to bring her mix of stand-up and scripted play, “Joan Rivers: A Work in Progress by a Life in Progress”, to New York, but it stalled at the Geffen Theater. Still, she was connected to one Broadway hit: she was a replacement Kate in Neil Simon’s “Broadway Bound”.

CHRIS ROCK – In 2011, he made his notable Broadway debut in Stephen Adly Guirgis’s “The Motherfucker with the Hat”.

RITA RUDNER – Unlike most of her cohorts here, Rudner came to stand-up comedy after attempting a Broadway career. Her dancer’s training got her replacement roles in the original “Promises, Promises” and “Follies,” and she made the choruses of “The Magic Show”, “Mack and Mabel” and “So Long 174th Street”. Just before fame, Rudner also played Lily St. Regis during the run of “Annie”.

ROBIN WILLIAMS – To be fair, Broadway called for the funnyman only after he’d already Morked his way to TV stardom, but Williams did bring both his stand-up and acting skills to the stage. “Robin Williams: Live on Broadway” reached the Broadway Theater in 2002, and 2011 saw the late genius in the Pulitzer-nominated “Bengal Tiger at the Baghdad Zoo.” He had previously co-starred with Steve Martin in a Mike Nichols-helmed “Waiting for Godot” at Lincoln Center.