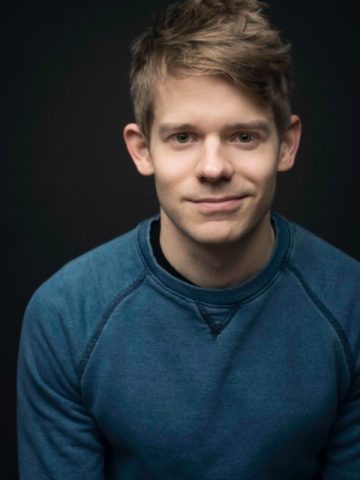 From Newsies to Mary Poppins, Andrew Keenan-Bolger is a bona fide scene-stealer who imbues his characters with the right amount of sensitivity and charm. It’s no wonder he’s set to play a modern Santa in Kris Kringle The Musical. We spoke to him about his favorite Christmas traditions, originating parts, and getting to see himself in the filmed version of Newsies.

How excited are you about getting to work with Cathy Rigby?

Oh my gosh! I know it’s so cool! I don’t even think I’ve met her before, we both were in Seussical on Broadway but I left the show before she came. I’ve heard from people she’s incredible to work with, and other than Seussical I remember being in love with her after Peter Pan.

Everyone I know grew up with her.

So, let’s get into the Christmas spirit. What’s your favorite present you got from Santa as a kid?

Oh man, I got a microscope I was really obsessed with. I went around my house and in the yard looking for stuff to put under the microscope. I certainly did not go into a scientific field though.

Do you have any Christmas traditions from when you were little that you carried into your adult life?

I come from a big performing arts family and my grandpa was amazing, so every year when we were kids he would get all the grandkids together and he’d write an original musical we’d perform in my aunt’s basement. I can’t say we still do that, but performing and being part of musical theatre, on a slightly larger scale, is definitely a part of my life. So Christmas is a very musical celebration.

It sounds like The Sound of Music minus the Nazis.

(Laughs) Totally, right after Maria and the Captain get married.

Which is incidentally where I stop watching the movie. Anyway, what are some your favorite Christmas songs?

What’s on your wishlist this year?

I got a new dog this year, so anything that will keep my new puppy Archie occupied, would be great. Also I have a nephew, and I have a feeling this will be the first Christmas where he really understands what’s going on, so anything to make sure he has a great Christmas is on my list.

You’re probably tired of hearing people say how young you look, but when I saw you’d be playing Kris Kringle I thought the same. How do you feel about getting to play Santa onstage?

The musical takes a modern look at the Christmas story, so in this one Kris Kringle is a toymaker living in New York City, and he ends up becoming an apprentice for the real Santa Claus up in the North Pole. The musical has old Christmas traditions and also new ones, but there’s not going to be a beard or potbelly.

What are some of the things you love the most about originating a part like this one?

I love doing new musicals, there is something amazing about not being able to go to a cast recording or an archive video to see what someone else did with a part. It becomes more personal, you imbue more of yourself into the role. You can’t cheat by seeing what others did, so you have to come up with the character completely on your own. 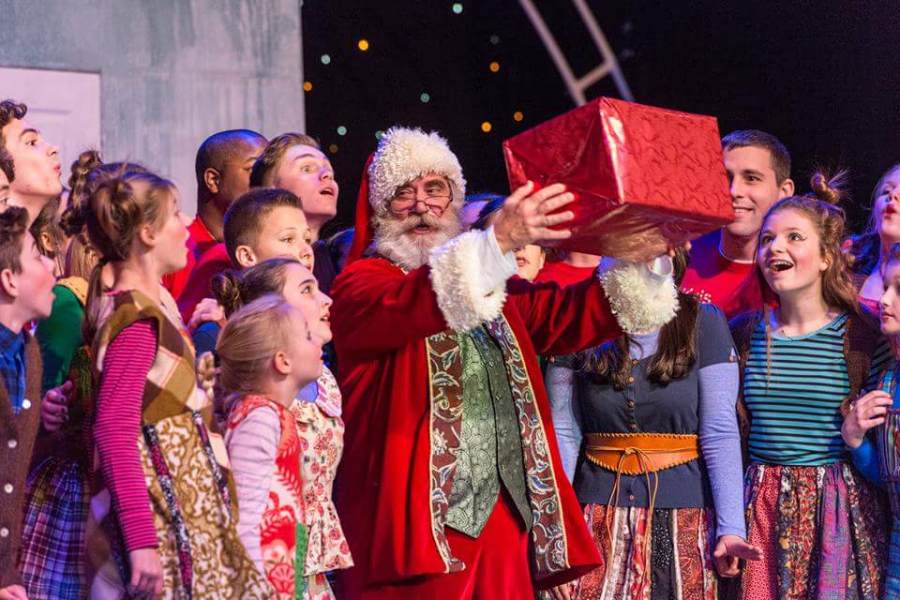 I think it’s great that the musical will benefit the Singing Angels, why is it important for you to be in works that help others?

Being in the performing arts, especially in the world today, can feel a little bit selfish and self serving, and I think any opportunity that we have to give back or fund raise, we really jump at. The theatre community has rallied behind so many great causes, and not only raised money, but we’ve used our platforms to promote good in the world.

Your sister Celia is also very involved in social causes, what was it like growing up in a house full of activists?

Both of my parents were big in the Vietnam War protests, they were such huge union people. I remember being a little kid and picketing with my mom outside of her school because they were trying to get the teacher’s union organized. I look for any opportunity to merge the performing arts and social causes.

Has being a queer artist changed in any way due to the political climate we’re in?

The theatre world has always been on the frontline of social change in the arts, they were the first people to talk about political art, historically artists in the theatre community have set the tone for the rest of the industry worldwide. Being a queer artist I always seek out queer writers and opportunities to portray queer characters. I’m just thankful I live in a place where being who I am isn’t only accepted, but encouraged. Theatre is a very empathetic artform, it’s been one of the places where being different has made you unique. 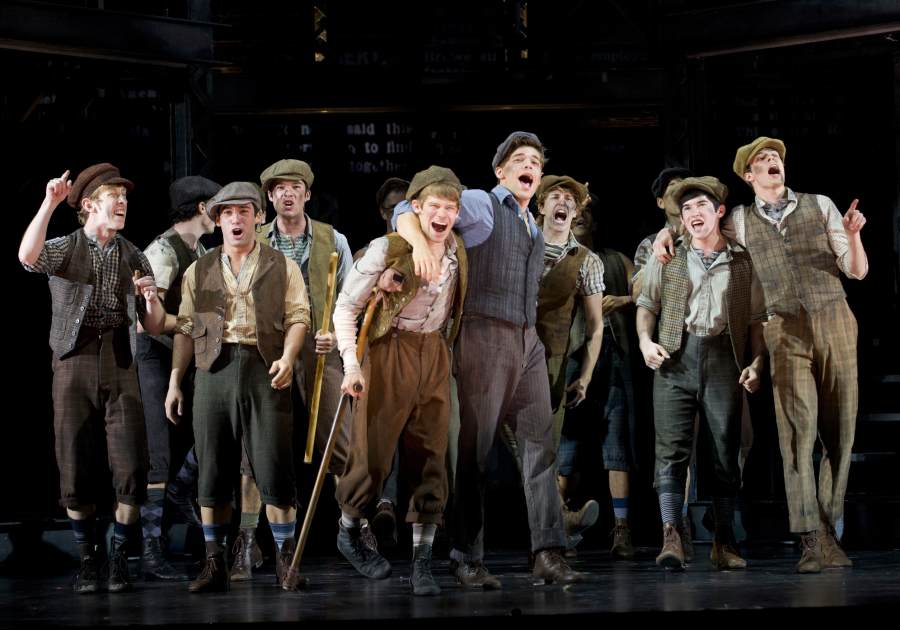 You returned to Newsies recently, what was the experience of going back to the show for the recorded version?

I think every actor dreams of revisiting a role after the show’s closed, you’ll be standing in line at Starbucks and think about a new line reading  you never said, or you think of a different way you’d played a scene. You rarely get that opportunity, so doing Newsies again when I’ve grown so much as a person, was really exciting. Now it’s on Netflix I remember being a kid and watching all these musicals, I wore out that Into the Woods recording, which ironically I now get to share the stage with Kim Crosby who played Cinderella. Kids from all over the world will get to see the magic of Newsies, and that’s really special.

Was it strange to see a giant version of yourself at the movies?

I won’t lie, every time my face popped up on the screen I thought “oh my God I look so old!” (laughs) onstage you sit back a few rows and go “oh who’s that tiny little guy?” but of course when a giant camera is on you, you notice every tiny wrinkle, so that was a trip. But there were almost a lot of moments of nuance that would’ve been lost if you were sitting at the Nederlander Theatre. One of the real gifts of that was getting to watch some of my fellow actors and notice things happening in the periphery that you never got to see onstage. You got to see every thought process and bit, which was so fascinating.

You already mentioned Into the Woods, so what are some Sondheim characters you’d love to play?

I’ve been such a super Sondheim fan all of my life, and I’ve only been in one of his shows. So any opportunity to play any character in a Sondheim show would be welcome, I’d be happy to play Milky White fit doesn’t matter. I just wanna sing that music on the stage in a spotlight.

For more information on Kris Kringle The Musical click here.

Preview the Magic of ‘Kris Kringle The Music...
Interview with Luis Salgado of R.Evolución Latina
Interview: Playwright Itamar Moses on How ‘T...
Interview: Director Sean Graney on the Joyous Resp...