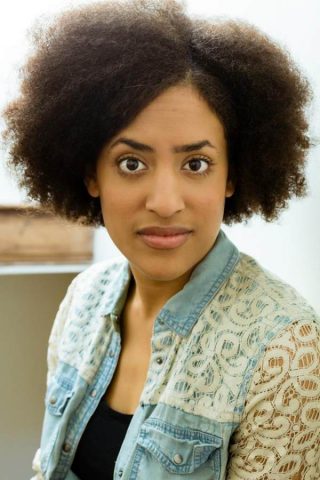 The Obie-winning Ice Factory festival presents seven new works from June 28 to August 12 at the New Ohio Theatre. We spoke with Brittany K. Allen about True Right and playing the Bush brothers.

TRUE RIGHT is a play that’s one part earnest political inquiry, one part parody and one part weird-ass karaoke swansong. It follows George and Jeb Bush as they circle one another through one tense-filled evening in their mother’s Texas ranch house, just days before Dubya goes on the stumping trail for his younger brother in the 2016 GOP primary. Using the structural skeleton of Sam Shepard’s TRUE WEST, me and my company co-pilots (Gemma Kaneko and Adin Lenahan) devised this piece in attempt to understand but also knock down this idea of the “Old Guard GOP” -- and specifically the now bygone-feeling notion of a “compassionate conservatism” in America. We think the Bushes were interesting subjects for such an exploration because they’re so comedic and sorta pathetic in the public eye -- even in the GOP they’re low-hanging fruit -- yet it’s become briefly fashionable to wish that a Jeb or even a George were in the White House today as opposed to 45. We thought that using these bodies that represent dynasty and shambling government and Southern Genteel Dog-Whistling Racism and goofiness, would be a powerful but amusing way to critique our current political moment. Also, we thought it would be fun.

I should say too that we’re inspired by Mindy Kaling and Brenda Withers’ play, MATT & BEN. Gemma and I wanted to play the Bush brothers because we’re two ladies of color and we think there’s a lot of irony gold to be mined from putting the words of “masters of the universe” into the mouths of people who look like us. You know what, I’m talking too much, just come see it.

I think it’s been really exciting to come up with a new devising vocabulary for this project. Gemma, Adin and myself have all worked together on devised works for many years now, but we’ve never done so in a room where the director was also in the piece. It’s been really thrilling to navigate how we can develop a full play as writers and outside eyes while we’re simultaneously in the thing, and I’ve had a lot of fun seeing Gemma steer our crazy ship while playing Jeb. And sharing the creative process three ways has meant that we’re always open to surprises. There are, I think, a lot of delightful moments in the play that wouldn’t have come about had one of us just sat down to write it, had one of us just been the director.

I’m really enthralled by writers who make work that’s fiercely honest and human but also leaves a lot of space for the surreal and the silly. I like writers who test the limits of a theatrical imagination, and make work that couldn’t exist anywhere but on a stage. In the present, some names that come to mind: Sheila Callaghan, Branden Jacobs-Jenkins, Robert O’Hara, Dan LeFranc, Paula Vogel. A lot of my peers in Youngblood, the young writers group at Ensemble Studio Theatre. Old-hats are easier: Shakespeare, Chekhov, Kushner, Thornton Wilder. Lorraine Hansberry. Wendy Wasserstein, that arch-duke of wit.

We are all dying to give our lives away to something, maybe. God or Satan, politics or grammar, topology or philately - the object seemed incidental to this will to give ourselves away, utterly. To games or needles, to some other person. Something pathetic about it. A flight-from in the form of a plunging-into. Flight from exactly what? These rooms, blandly filled with excrement and heat? To what purpose?

I’d love it to be less prohibitively expensive. But I’d also love for actors to be paid well for their skills. I’d love to see more unknowns on institutional stages, and more women and transfolk of color represented in season announcements. Anything to get more and different kinds of people excited to be in the empty space.

Extremely! I think that even if something isn’t overtly “political,” (which is to say, the plot of the thing isn’t lifted straight from the headlines…), what’s sacred to me about theatre is how immediate and intimate the room is. At a play, we’re all just sitting there in the dark together, in real time. It’s a necessarily social art form, it’s necessarily happening in the present, and so I think theatre always has an obligation to be in conversation with the people in the audience, who are dragging their politics and social concerns with them everywhere their bodies happen to go. And even the most ludicrous/escapist/surrealist live shebangs relate to the political and social climate I think, because they can offer a counterpoint, or a balm, in times of sorrow or anxiety. This is kind of a heady answer already, but to distill: I think all of Bess and George’s work strives to be in conversation with the people who come to see it, and often quite literally. We’re not interested in the stale, the proscenium, the unbreachable fourth wall, anything that keeps our audience at arm’s length, anything baroque. We want to disrupt and grab and shake and comfort our audiences, actively, and that mandates a social engagement. And in the current moment, how can you not have politics in your theatre? It’s three questions into any conversation. It’s right here on our skin, all the time.