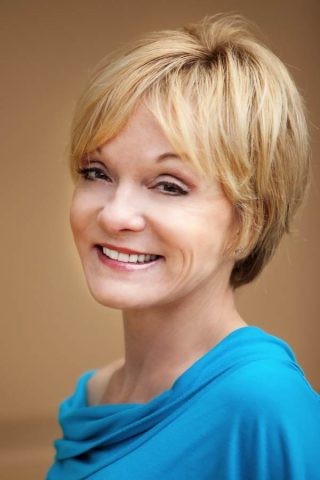 Few stage performances have been as definitive as Cathy Rigby’s portrayal of Peter Pan. Her work as the eternal boy must’ve shaped the lives of countless children who in Rigby saw their wildest adventures come to vibrant life onstage. By the time she became an actor, Rigby was already a successful Olympic athlete whose performance at the 1968 games in Mexico City redefined what gymnastics could look like, her agile moves and graceful demeanor constantly defying gravity. In the upcoming Kris Kringle The Musical she will continue a tradition of bringing joy to children as she takes on the part of Narrator to tell a modern spin on the Christmas story. We spoke to Rigby about her career, why she loves Christmas, and why education through the arts is essential to her.

Why did you want to be part of Kris Kringle The Musical?

The holidays in New York are a brilliant time of year, I’ve been in shows for children like Peter Pan and Seussical, so when producer John Thomas called me to say they were doing this for the Singing Angels, who I sang with in Washington, I said I’d be more than happy to do it. I haven’t done a narrating part like this one so I thought why the heck not.

Why is it important for you to help others through your work?

I have my own conservatory for the arts, part of it is a nonprofit for children with autism called No Limits. We also teach in underserved or at risk schools, I think when I was introduced to Peter Pan and was on the road with the show for 10 years, I met kids from all walks of life, so I gravitate towards wanting to bring the arts to children. I see how the arts influence their lives, whether behind the scenes or when they’re in the audience. Art changes lives, so it’s very rewarding to be able to see that. I think if children are influenced in a positive way from a young age they will become better people. We’re living in a scary world, many times children just interact with devices, when I teach what I see are kids that aren’t as creative, open or emotionally engaged with each others. The arts help children think, feel, put themselves in someone else’s shoes, or their history. It helps them learn about human connection.

Who were some of the mentors who encouraged you to become an athlete and an actor?

I was lucky, I was a hyper kid who was always jumping and climbing trees, I was always in the emergency room. One time I was jumping on a trampoline, which isn’t something I’d recommend kids do, and a gentleman approached me and said he knew someone who taught gymnastics. He happened to be the right person at the right time. I joined a gymnastics team, then I happened to do a show and someone said if I liked singing and dancing I should take lessons. I studied for 7 years, the first role I did was Dorothy in The Wizard of Oz, and then I did Paint Your Wagon with Gordon MacRae. I fell in love with the emotional side of life, I’d already done the physical part, so in performing I learned to see the world in someone else’s shoes. It probably saved my life, it opened a new world for me. I’ve been doing this for over 40 years.

I have a little niece who loves gymnastics, I can’t wait to introduce her to your work.

Remind her that you need to love the process of the training and that there’s five girls every four years who make an Olympic team. You can set your sight on the Olympics, but it’s important to enjoy the process. Theatre also makes you more expressive on the floor.

Let me ask you some Christmas questions. What was your favorite present Santa brought you?

When I was a kid you got maybe one present and then you got apples and oranges in your stocking, so one Christmas I got a Patti Play Pal, it was this doll just as big as I was. I was 8 or 9 at the time, I was really small, I’m waiting for my growth spurt now but you know, and this doll was so tall. I loved dolls, I was a girlie girl, so this doll was the best thing ever. 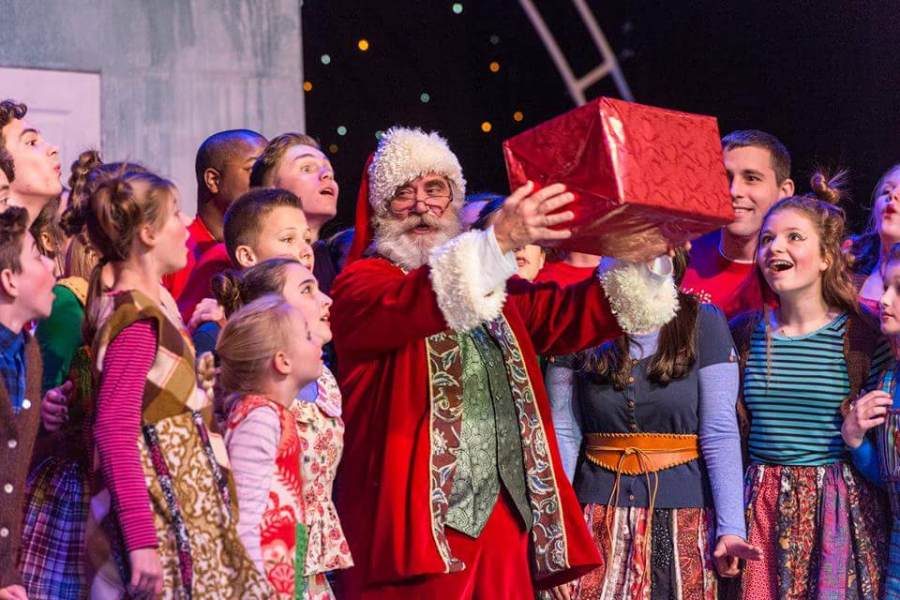 Do you have any Christmas traditions from when you were little that you carried into your adult life?

We were lower income so when I do Christmas now, I go all the way. Now we laugh about it because my husband says our house looks like Christmas threw up all over. I decorate every inch of my house, I have stuff from when my children were little, because I can’t bear not to put out everything I’ve saved throughout my life. It’s a bit much, but I love it. We also have family gatherings on Christmas night, and now, my husband is one of eleven siblings, so we have my mother in law’s great grandchildren, everyone in my husband’s family has 4 to 7 children, so there’s a lot of people. We reenact the Christmas story and the youngest child who’s been born that year gets to play the baby Jesus, sometimes they’re brand new and sometimes they’re slightly bigger trying to get out of the crib. It’s very cute.

Do you have an all time favorite Christmas song?

I think now since Pentatonix “Mary, Did You Know?” is my favorite. Despite my kids’ wishes I start listening to Christmas music around Thanksgiving, for me it’s such a joyous season, it represents many things I didn’t have as a child, and the things I want and love. It can be a wonderful time of people loving each other more. I know that’s not always true, but it’s a time that feels more connected to the world.

What’s on your wishlist?

I don’t need a frigging thing, so even if it sounds corny I wish that our world becomes kinder. I wish for people to be more understanding, accepting and just kinder to each other. That’s pretty lofty I know, but the world seems so cold sometimes, with everything we hear in the news, but it need to starts with one person. We need to pay it forward. Make someone’s day better, even if you just make them smile. 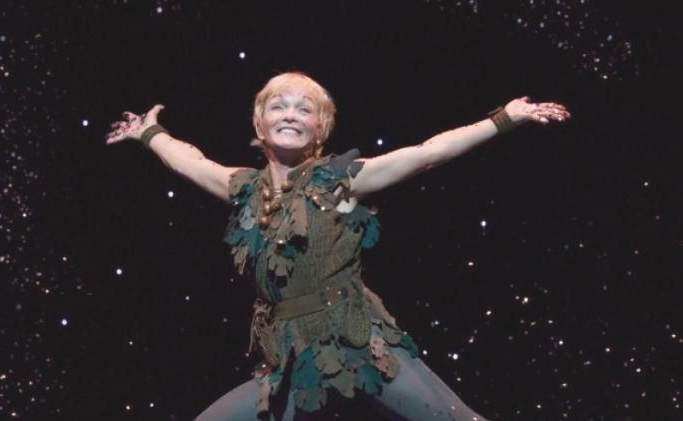 I grew up watching the Peter Pan video and loved it. What was the hardest part of saying goodbye to that character you played for so long?

I’ve never felt I said goodbye to him. Peter Pan’s essence will always be part of me. One of the things you learn about this character is that when J.M. Barrie wrote it, he made him someone who forgets because that way he can always keep an adventurous soul. He’s had trauma and pain, he has no family except for the Lost Boys, so when he can’t have what he wants, he moves on. It sounds tragic but in life the way to survive is you keep going forward, you find the good and the adventure. I didn’t say goodbye to Peter, I pretend he’s always there. I have more dreams about flying than I ever had before. I don’t ever feel he’s not a part of me, someday in whatever capacity I feel I’m ready to play him again. I don’t look behind too much, it’s kind of like having kids, you know they’ll move out someday, but they’re always with you. I don’t say goodbye. I’m not sure if that’s dysfunctional (laughs).

You were the first star to endorse a female hygiene product and you’ve always been a trailblazer. We keep hearing such terrible things about the ways in which women are treated in the industry, so what’s the best thing you think has happened to women in the industry?

I think the best thing that has happened is that all of this has been brought to the forefront, in the world of gymnastics, in Hollywood too. Opening people’s eyes with the “Me Too” on Facebook for example, the perpetrators are probably shaking in their boots, so it’s great that men and women are talking about it. Everyone will be held accountable. We need to put love and awareness in place so that people will continue to speak up.

For more information on Kris Kringle The Musical click here.

Preview the Magic of ‘Kris Kringle The Music...
Interview with Luis Salgado of R.Evolución Latina
Interview: Playwright Itamar Moses on How ‘T...
Interview: Director Sean Graney on the Joyous Resp...