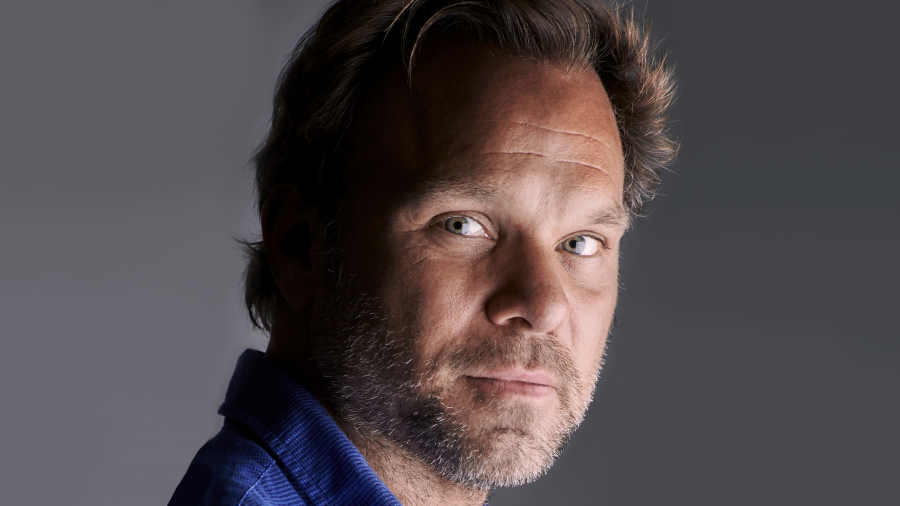 Tony winner Norbert Leo Butz is back at Feinstein’s/54 Below with a new version of his show Memory & Mayhem. We caught up with him to discuss songwriting, working with Sam Shepard, and why he wants to do a comedy next.

What does this new version of Memory & Mayhem include?

Mostly it includes some of my own songs, I’ll do four original songs that I wrote which I didn’t do last time. I’ve been writing a little but more over the last couple of years so I wanted to incorporate that into the show.

Is it intimidating to do one of your songs after singing from one of the shows you’ve been in, or performing a standard?

Yeah, I know what you mean, in some ways it is intimidating, it’s kind of presumptuous of me. I’m singing some pretty great writers and to think my song can stand next to an Elton John song, a Tom Waits song, or a Jason Robert Brown is pretty egotistical of me (laughs) but I don’t put myself at all in that arena. I think the songs work thematically together, side by side.

Let’s get meta for a second. Are any of the songs you wrote inspired by shows you’ve done?

That’s interesting, I would say not, at least not directly or consciously. They’re more things that I’ve observed, characters that I’ve known, real or imagined that I wanted to write about.

Out of the thousands of songs out there, is there one song you love that you’ve never been able to fit into one of your shows?

I can’t say there’s one song. I guess there are certain writers that I would like to do that I don’t feel I’m good enough to sing like I love the music of Adam Guettel, he’s a brilliant theatre composer, I’ve tried singing a couple of his big songs before and I couldn’t quite perfect them (laughs) they were good enough, but I couldn’t sing them as well as they were written. I need to practice more. I also really love Leonard Cohen, his lyrics are so brilliant, complicated and mysterious, but when I’ve tried to include one of his songs into a set I haven’t been able to make them work.

You’ll have to do a night of just Guettel and Cohen songs.

Cohen and Dylan are poets. Do you find you’re attracted to that kind of more poetic songwriting often?

I think I am, most of the writers I’m covering in the show fall into that category of master lyricists, I’m not including myself in that group, but yeah, songwriting is verse writing, it’s a form of poetry especially in an intimate club like 54 Below. Why would you sing a song with lyrics that are banal or too simple? It’s such an intimate room, it’s a great space for people to hear the poetry of a lyric. I love a good pop song, a dumb country song, but not in a setting like 54 Below where the sound is incredible, you wanna hear beautiful words.

Why is it important for you to do nightclub acts rather than just acting?

The short answer is that I get bored easily, so I like doing different things to keep me interested. Maybe that’s too glib. I do love acting and telling stories, getting inside the minds of characters, but I also like getting inside the story of a song. They’re all versions of storytelling and it’s important for me to do it in different forms. Specifically at 54 Below which is something I never thought I’d do, this is my third time there and I’ve really come to love it. In my 20s I sang in bars and coffee houses, I never had real musical theatre training or didn’t know the Great American Songbook, so I thought doing something like cabaret was what people like Patti LuPone, Christine Ebersole, Brian Stokes Mitchell - real New York, legit people - did. I thought it wasn’t my world but when they first asked me to do it I was scared enough to give it a shot. I wanted to do my thing even though it’s more rock and roll, jazz and blues, and less musical theatre. It’s about the song in a cabaret and it’s why I enjoy doing it.

I consider it one of the greatest privileges in my life, I can’t overstate how important he was to me as an actor studying theatre and acting. Buried Child was the play I did in college that made me want to be an actor, it changed my life, he was hugely important to me. When I showed up on set to work with him I was so overwhelmed with hero worship. As we worked through that first season I got to know him a little bit and I just loved working with him, he was such a great actor, so honest and in the moment. I think Sam and I were the only people in that cast, at least in the first season, that had come from theatre, so I felt privileged to sit and talk with him about the work and actors we respected, productions we’d seen. Whenever I talked to him I wanted it to last forever.

Katie Finneran was also in the show and I kept hoping you and her to burst into song but it never happened. As musicals are becoming more popular on television do you have any plans to be in one soon?

I’ve never been asked to audition or be part of any of the televised musicals ever. I think a lot of people don’t know I can sing, people who support Broadway do, but I’m always astonished because when I was doing Bloodline I was in the Keys for a few years and I’d show up to friends’ gigs and join them for a song, and people were always “I had no idea you sang,” meanwhile people in New York didn’t know I was on a television show. Those words are still kinda separated in some ways. I’d love to be in a TV musical though.

I’d never seen you in a straight play and then I saw you in The Whirligig which was so depressing. After doing that and Bloodline are you in the mood for a comedy?

Yes! I’m definitely looking at doing a comedy. It will be fun to do something much lighter, I’ve been doing some really heavy material, I need a break too.

I do love some Sondheim songs, but again I did not come from musical theatre, Rent was the first musical that I did professionally. Jonathan Larson was where I started with musical theatre so I had to play a lot of catch up, I did not know Sondheim well enough in my 20s. Now that I’ve seen enough shows and movies, your appreciation grows especially because you see how many different people interpret his songs. He’s such an amazing writer. I think of the roles in Sondheim, Sweeney Todd might be overkill right now, but I do think that’s a role that would be fun for me to play. That character has an amazing arch and the songs are incredible. And of course Sunday in the Park would be incredible but I might be too old for it now.