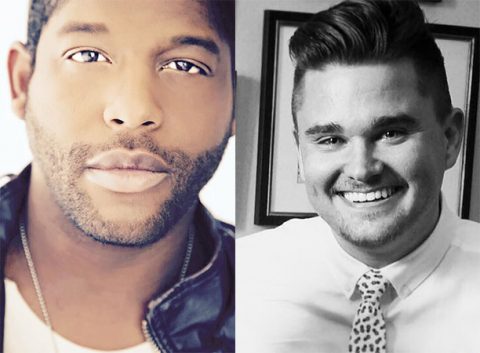 FREEDOM RIDERS: The Civil Rights Musical tells the story of activists in 1961 who boldly challenged the legality and optics of the Jim Crow South by riding buses in mixed groups. The music is a mix of soul, pop and RnB that at times will remind you of John Legend, other times an incredible church service. It is galvanizing, anthemic, and full of hope.

Taran: My dad has been the lighting designer and director of production at Lambs Player Theater in San Diego since before I was born. So musicals have always been around and mesmerizing to me since before I can remember. Because of that I think I was conditioned to believe that creating and performing a musical was achievable.

Richard: For me it was being in Showboat. I emotionally connected to the story and just thought it highlighted issues we should be talking about in a beautiful way.

Among the characters in your musical is John Lewis, who is still standing up for Civil Rights (now as a Congressman). Is it important to you to create work that is politically/socially relevant?

Taran: It’s not just important, it's imperative. Our entire reason for creating this musical was in order to tell this story and inspire change.

Richard: Absolutely! My work in film and television tends to revolve around that theme. I’m always searching for a way to explore the political and social landscape and make it palatable to ingest. 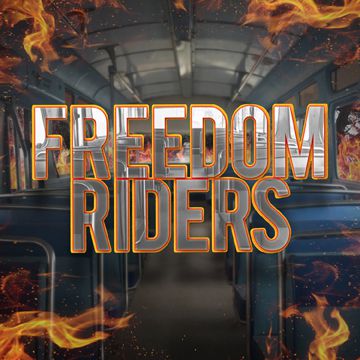 Taran: NYMF is the leading festival for new works. Because we're both from the West Coast doing film and music, it's vital that we have someone who adopts and introduces us to the community of New York musical theater. NYMF is like going straight to the ASB of your new High School and telling them you want to be involved.

Richard: Haha (me laughing at Taran’s answer). I love how NYMF is willing to introduce new work. It’s a brave festival. I also like that you can present and those in attendance know that it’s not going to be a Broadway production but it’ll be interesting and maybe even great. Haha. There’s a lot of shows I want to see this year!

Taran: We have a lot of offers on the table! We're trying to weigh them all and make the best possible move forward for this show. This message needs to be delivered so we’ll be looking to find the options we believe get us in front of the largest audience possible.

Richard: We wanna sit down and put on an amazing production. Do some more discovery of the piece. Feel out how to make the acapella Freedom songs more integrated into the musical. Play a little more and then introduce Freedom Riders to the world.