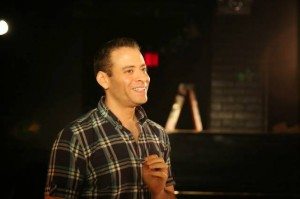 In his show Hoaxocaust!, now playing at the New York International Fringe Festival, writer and performer Barry Levey satirizes the arguments of Holocaust deniers like Arthur Butz, David Irving, Robert Faurisson, and Mahmoud Ahmadinejad, while also asking important questions about how past atrocities shape our religious and cultural identities, and our politics.  StageBuddy caught up with the writer to ask about his exploration within the play, what audiences can expect and what frightens him most about the stories overseas.

StageBuddy: What's the biggest difference between a truth and a lie?

Barry Levey: I'm not sure how to answer this without circular definitions.  Of course, in storytelling -- which includes real-life, whenever two people tell conflicting versions of an event -- the scary thing is their similarity.  Not "what's the difference," but "how do you tell the difference?"

SB: How has your personal story affected your exploration in Hoaxocaust!?

BL: At a moment when both my brother and I were involved with non-Jewish partners and Israel was unpopular in the press, I found myself having to articulate what Judaism meant to me: was it my ethnicity, my culture, my religion -- even, somehow, my politics? And I'm the guy crosses to the other side of the street when the "Mitzvah Tank" rolls by, bewildered by how to answer the simple question "Are you Jewish?" I found myself wondering whether the legacy of the Holocaust -- a lingering sense of victimization and fear, a desire to isolate and elevate ourselves -- affected my sense of Jewish identity in ways that, while understandable, were not necessarily helpful to engagement with the non-Jewish world. "No one has ever suffered like us" and "No one will ever understand us" and "Everyone will always hate us" just didn't seem like mantras for successful living, you know? I don't think they're in Chicken Soup for the Soul.

SB: What three things can audiences expect from this production? 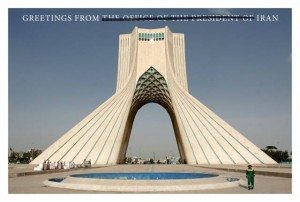 SB: What frightens you most about the stories you hear from overseas?

BL: Everything. Listening to the news is like perpetual heartbreak, it's anguishing. From kidnapped girls to massacred minorities to police brutality to civilian casualties... I don't know how to pick the scariest thing. Maybe the idea that humanity keeps following the wrong leaders, and the fear we always will?

SB: Any present day figures like Arthur Butz, David Irving, Robert Faurisson, Mahmoud Ahmadinejad and the Protocols of the Elders of Zion, you'd suggest we be wary about?

BL: All of them! I think it's a good idea to be wary of pretty much everything we read these days. Look how fast fake news reports spread on social media -- anyone can post anything, anywhere and have it accepted as truth. Unfortunately, the best protection might be reading even more, including sources whose biases don't align with our own, so we know what thoughts and facts are out there beyond what we hear in our own, like-minded echo chambers. But who wants to read people that disagree with us? It's easier to just watch Jon Stewart.