It's bothersome to be old and crusty, and have a new, young playwright shatter your conviction that talent is a thing of the past. This is exactly what occurred to me upon seeing Colin Drucker's Mother's Day as part of the New York International Fringe Festival. It gets worse when you meet with the playwright and you realize that the work did not happen by freak accident, but through the craftsmanship, creativity, and understanding of humanity within him. In a word, the crustiness crumbles, you are face to face with real talent, and you even get excited to think of the work to come.

Colin Drucker and I sat down and I determined from the get-go to not allow his genuinely boyish charm sway me from my piercing inquiries as to the evolution of his play. My concern was pointless because it also seems that boyish charm can easily coincide with immense smarts. In short order, I learned a great deal, some of which surprised me and all of which validated Drucker's unassuming integrity as a writer and artist. Mother's Day sort of began through his appreciation and facility for what dialogue can do; the play, rather than the other fiction and such he was exploring, became the thing. As to core impulse, it was not any urgent need to wrestle to the ground unresolved maternal issues, of his own history or as observed elsewhere. Instead, Drucker was puzzled by what he observed within the New York drag queen scene: “All these guys were so angry. Why? What was creating this so long after gay freedom, gay expression, gay everything?” This gave rise to Joey/Helen Back, the drag queen son who comes home on the eponymous holiday. From Joey's gestation then came the wider, familial canvas of mom Liz, dad Talbott, and brother Nick, each guiding Drucker as each began breathing, so to speak, on his or her own. In short, and true to pretty much all excellent writing, the author took his cues from his people. 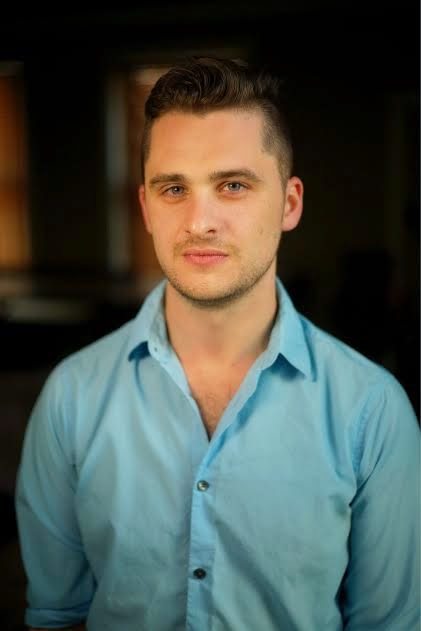 If this suggests a happy, breezy process, Drucker knows better. He understands that you follow your characters' leads but you also keep your own fingers on the keyboard. As Colin described the play's evolution, in fact, he (boyishly) expressed, if not in these exact words, the inherently collaborative relationship between playwright and character. I was impressed by every insight, not the least of which was his precise care with the off-stage, never-seen characters as providing shades of backstory: “The grandmother, Chi Chi, and Joanie frame the family, set it in a real and wider context.” Or the visceral impact when an early reference or joke reemerges later in the action and shifts meaning, like a sudden change in the stagelighting. Colin also could not adequately express his good fortune in his Joey (Karl Gregory, truly perfect) and director, Reginald L. Douglas: “The day after he read the play, he knew it. He knew exactly where I wanted it to go.” To the credit of all concerned, it goes many places, and each one is emphatically real.

My time with Colin flew by. I swear. Flew. He is engaging, funny, grounded, intelligent as hell, and “boyish” really only goes to youth and disarming courtesy occupying the same space. More to the point, he can write a stunning play and I feel it a personal crusade to trumpet Mother's Day, an astonishingly good piece of theater. If you are a playgoer, see it. If you are a producer, mount it. If you are a critic, review it, and get your more prestigious kin to do the same. I am, as noted, old and crusty, and occasions when a supremely talented young playwright offers an exciting, rich work are too few to be neglected.

Performances of Mother's Day continue through August 24 at the Players Theatre.  For more on FringeNYC shows (including our review of Mother's Day), click here.