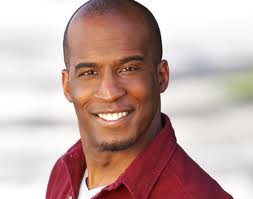 Theater has this brilliant way of putting the mirror up to life.  Self Made Man: The Frederick Douglass Story, a new play by Phil Darius Wallace now playing Off-Broadway, takes us through the life of the former slave turned abolitionist; much of the play is adapted from Douglass's writings and speeches, and what he speaks of in the past still has relevance today.  The brilliant and captivating Phil Darius Wallace plays Douglass and the other characters that bring this story to life.  We spoke with Wallace about his favorite character to embody, what Douglass would say if he were alive today, and his definition of freedom.

If Frederick Douglass were alive today, what do you think he would say?

Whose your favorite character to play?

Outside of Frederick Douglass, it would be Barney [another slave on the plantation, who trains horses].  Not every person has the same gift or talent but everyone is unique. Barney, who never made it off the plantation, had a gift for working with horses, but he also had a gift in building relationships and bringing happiness to the plantation.  He wasn't articulate as we would consider it to be, but he was very expressive and intelligent.  I like playing that man to contrast because both men were gifted, and he had a great influence on Douglass. 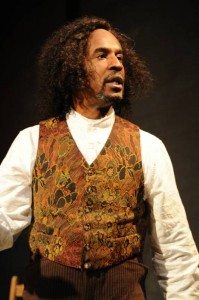 Why do you call it a New American Play?

About 85 percent of the show is new material.   A lot of times we want to place the life of Frederick Douglass in the Black History realm but it's an American History realm, and I call it the New American Play because it deals with an American man who had a great influence on our country and I believe his writings on their own are amazingly dramatic and deserve to be performed.

What is freedom today?

Freedom today is the discovery of your own individual self.  The power to choose.  Freedom is a very individual thing and one where you discover your own divine spark.  Regardless of all the things that are happening.  Nevertheless because of what we have within us we have the power to be the very thing that we are and do the very thing we have contended within to do.

Self Made Man is playing at the Arclight Theatre through December 14.  For more information and tickets click here.

"Self Made Man: The Frederick Douglass Story" plays at the ArcLight Theatre through December 14.