August 23, 2021
Theater Feature
Interviews
Off-Broadway
Alan Asuncion
ON WITH THE SHOW: STOMP’s Alan Asuncion on the return of live theatre and his surprising quarantine hobby

As live, in-person theatre returns to the greatest city in the world, we're spotlighting the NYC theatre artists who make it all happen. Today's spotlight is on Alan Asuncion: performer and cast member of STOMP.

What do you do in the theatre world?

I have been a performer in the show STOMP for about 14 years. The show involves a lot of active drumming on unconventional “found instruments” with exciting movement and some choreography that goes along with it.

The creators were brilliant in not only finding genius ways to create and choreograph music where you wouldn’t expect but also developing a show where you can actually invest in or relate to certain characters. People are usually surprised to find out how much comedy and character is laced into the show and how these characters are just an extension of the actual performer, not necessarily acting skills. In other words, we’re encouraged to do the roles in our own way.  People are also surprised to find out that the cast isn’t all drummers or all dancers. We’re a mix of anything and everything. That’s kind of what makes STOMP so raw and real.

What was your quarantine hobby?

During the quarantine I got back into a hobby that I was deeply into in the 90s (I’m dating myself!), which was breeding reptiles. I actually started to keep a few ball pythons and corn snakes as pets in 2017, and during the shutdown I built cages and invested in about 25 more ball pythons and this year some of them started to produce for me.  There’s an awesome and supportive community of reptile keepers and breeders that I’m now a part of!

When was your first performance back?

My first show back was on July 20. The show was amazing and the cast and audience were both grateful and excited! It was a pretty grueling first couple of weeks, with a lot of all-day rehearsals and early morning TV press such as Good Morning America and Despierta America on top of that.

What would you tell people to encourage them to come see STOMP?

I usually tell people what I’ve always been telling them, which is that STOMP is a show with a lot of what you don’t expect. It’s a different show every night, and depending on the cast and audience there’s usually a lot of fun and unpredictable things that go on. Visually, the lighting and choreography make the pieces as exciting as the music itself, working in sync with the more quiet, sensitive pieces.

What’s a new or returning show you’re not involved with that you’re excited to see?

One show I’ve always wanted to see is Lion King. I have a friend in the cast but still haven’t seen it! I’m sure there are so many good ones out there now that I have yet to discover.

What part of your job are you most excited to get back into?

There are so many aspects of my job that I’m most excited about--but getting to work and perform for a hungry audience with this group of talented people again may top the list. They’re all great people, and it’s great to be around that energy again after a year and a half! It’s also fun and brain-racking to remember the show again at rehearsals and get our bodies back in shape! It’s always a blessing to be able to share your talents and skills with others, and for 14 years in what I feel is one of the best Off-Broadway shows ever, I feel blessed to be back now more than ever. 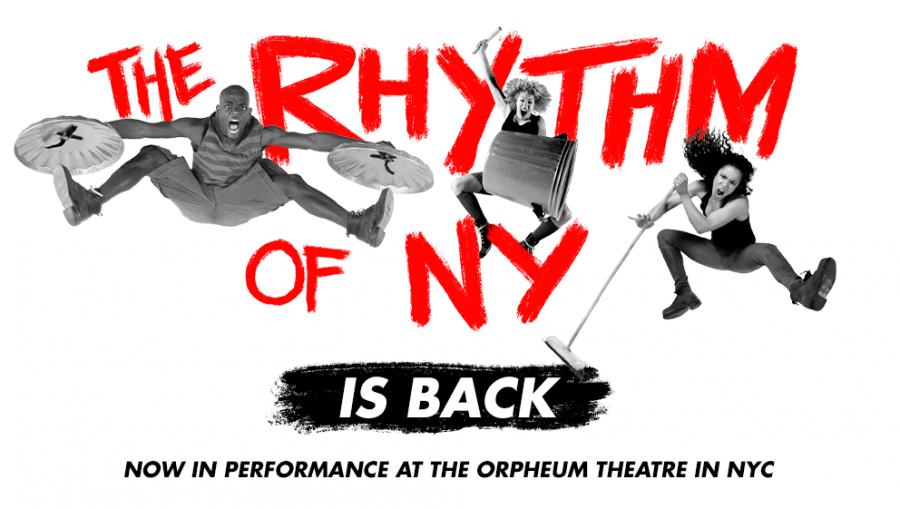 Tickets for STOMP are on sale now at the Orpheum Theatre. For more information and to purchase tickets, visit: stomponline.com/tickets_nyc.html