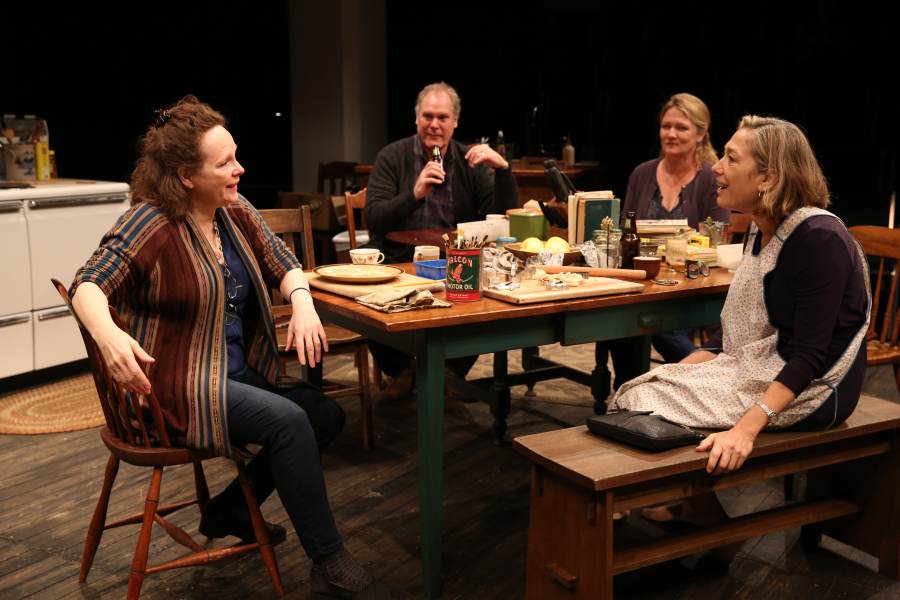 BroadwayHD founders Stewart F. Lane and Bonnie Comley on why they chose to stream Richard Nelson's iconic The Gabriels trilogy.

What made you want to stream The Gabrieuls trilogy?

Bonnie Comley + Stewart F. Lane: The Gabriels is a fantastic production by Richard Nelson and The Public Theater. We’re so fortunate to be able collaborate with The Public Theater because like us, they believe in making theater accessible for everyone. Bringing back this production is one way we’re able to do that for audiences around the world.

What is your favorite scene in the trilogy?

B+S: It’s too hard to pick just one, they were all great!

The naturalistic style of the plays is unlike the bigger productions you've streamed before with lots of costumes and complex sets, what will be some of the logistical challenges in capturing the shows?

B + S: We make sure to take the same level of detail for each of our productions we digitally capture. For example, just this month we live streamed Long Day’s Journey Into Night and next week we’ll live stream three back-to-back performances of The Gabriels. While there might not be costumes and complex sets in each of these plays, we are always making sure we are adding the technology to capture them just as they appear live to audiences in the theater.

You're streaming the shows on a three-day span which will make the plays seem like Golden Age of TV programs, growing up what were some of the television events you remember the most?

B + S: Some of our favorites are Arthur Miller plays: Lee J. Cobb in his role as Willy Loman in Death of a Salesman and George C. Scott as John Proctor in The Crucible.

What do you think audiences who saw the shows at the Public will discover if they revisit them on BroadwayHD?

B + S: Beyond being able to see it in a new way with multiple camera angles, they’ll be able rediscover things about the show they may have missed the first time. So it’s almost like an entirely new show!

What is the importance of plays like the Gabriels in this unstable political climate?

B + S: The Gabriels are important plays because they address what one family is going through in today’s political climate. We’re able to experience what their lives were like during this past political year and see how it impacted their family.

What are some of the plays and musicals that have helped you find solace and sanity during times of crisis?

B + S: Thornton Wilder’s play Our Town and Dale Wasserman’s Man of LaMancha come to mind.

For more information on The Gabriels on BroadwayHD click here.