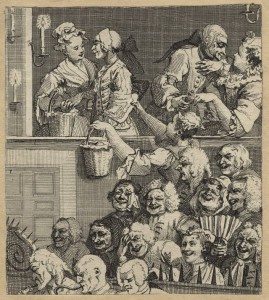 You may not know this. In fact, there’s no particular reason for you to know it, but July 24th is “Tell an Old Joke Day.” Yes, a day apparently exists that is devoted to recounting quips that your great-grandpappy made when he was sitting around a cave with nothing better to do than build fires to scare off dinosaurs.

As such, we’ll likely be subjected to such knee slappers as:
Two antennas get married. The ceremony was okay, but the reception was great!
Or, What did one hat say to the other? You stay here; I’ll go on a head.
Or, Why couldn’t the pirate recite the alphabet? He always got lost at C.
Or, Why did the belt get arrested? He held up a pair of pants.

Okay, enough. (Though, to be honest, I can never get enough.)

In honor of this terribly important holiday, I thought I would fill this week’s column with jokes, but not old ones. These are-brand new one-liners! Some are political, some are current-events based, most are just unfortunate. But all of them are inspired by and related to the current season on Broadway.

So without further ado . . . here is my contribution to Tell an Old Joke Day, with new jokes that I’m writing and not telling. So sue me.

What should Robert Durst title his autobiography?
A Gentleman’s Guide to Love and Murder

What does Caitlyn Jenner hope to lose?
The Angry Inch

What do Kylie and Kendall Jenner say on Father’s Day?
Mamma Mia!

What’s another name for the crop of Republican candidates?
Les Miserables.

What do you call Mike Huckabee’s chances of getting to the White House?
Finding Neverland

How close will Chris Christie get to the White House?
A View from the Bridge

What’s another name for the candidacy of Scott Walker?
Something Rotten!

What did Lindsey Graham turn when Donald Trump gave out his cell number?
The Color Purple

What’s another name for White House Press Secretaries?
The Illusionists

What’s another name to call Hilary Clinton and Carly Fiorina?
Dames at Sea

What should every “American Idol” vocalist be forced to attend?
School of Rock

What do you call it when Christina Aguilera stops singing?
Noises Off

What’s another name for El Chapo?
The Phantom.

What’s another name for an Annie Baker matinee?
Long Day’s Journey into Night

What would a musical about Bill Cosby be called?
Wicked.

What’s another name for a date with Bill Cosby?
Curious Incident

What is Bill Cosby unlikely to say about his wife at this point?
She Loves Me.