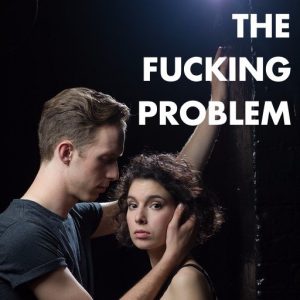 If at first, the play seems as if it will be about how different these two are in terms of traditional gender norms - she talks about the need to feel attractive using feminine tricks, he gulps down a burrito as he makes “fucking” puns - soon we find ourselves finding they have more in common than we thought. As they each discuss former flames, the play is infused with longing and melancholy that aches more than it has any right to. The characters, who remain nameless perhaps in hopes of not feeling like they’re referencing specific adult personalities, but also achieving a sense of universality, are sensuously portrayed by the actors. Alexander gives her feline qualities that highlight her power and sensuality, while Dobson whose character acknowledges his “unusual” looks for a porn star, is able to fill his character with the kind of cockiness that’s both obnoxious and strangely arousing.

Even though the characters don’t share any scenes or interact directly with each other, their descriptions are so thorough that we can practically envision them at work, it helps that their timing is so well balanced that often it’s as if we’re witnessing them actually engaging in some sort of lovemaking, just from the way in which they compliment each other onstage. It’s then when the play takes a turn into an even darker place as it focuses on the notion of consent. It’s a bold move that feels absolutely enlightening, and also makes the play important without being heavy handed. One could make puns about how well the show balances sex talk with intelligent social commentary, but it’s better to praise it for not only approaching pornography and sex without making any winks, but also for acknowledging that we should be able to talk to each other about sexuality without any fears and that communication should be the ultimate aphrodisiac.