Classic plays have universal themes and meaningful dialogue. Often the challenge for modern directors is how to mount the plays creatively and who to cast in iconic roles. William Shakespeare’s “King Lear” and Arthur Miller’s “All My Sons” both deal with parent-child relationships. Although the stories still ring true, the plays’ impact depend strongly upon the performers. 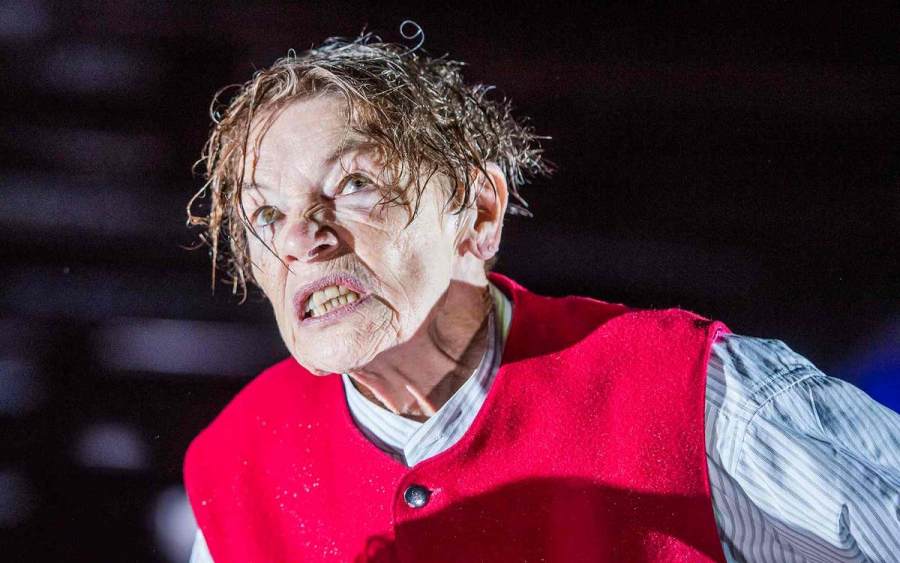 “King Lear” begins with the aging monarch summoning his three daughters to him and demanding that they profess their love for him. The two older ones, Goneril (Elizabeth Marvel) and Regan (a shrill Aisling O’Sullivan) are overflowing in their devotion. When the youngest, Cordelia (Ruth Wilson,) fails to flatter the king, Lear becomes enraged, casting her out without a dowry. Then the king divides the kingdom between the two older sisters, and the problems really begin as the two sisters, now in control of Lear’s wealth and kingdom, treat their father disrespectfully, like an aging nuisance.

What makes this production of Lear unique is some gender reversal and diversity of casting. At 82, slender Glenda Jackson is a powerhouse. Despite her slightness, she is a force to be reckoned with. Who can say it better than Shakespeare himself through the mouth of his character, the banished Kent (in a fine performance by John Douglas Thompson) who says of Lear, “you have that in your countenance that which I would serve…authority.”

The best decision of director Sam Gold is double-casting Ruth Wilson as both Cordelia, the obedient, doting daughter, and as Lear’s Fool. As The Fool, she is utterly charming, grinning and mocking, as she honestly tells Lear that he’s made terrible mistakes. Wilson’s already been nominated for the Tony for Best Supporting Actress for her fine performance.

The gender reversal of Jackson and the capable Jayne Houdyshell as Duke of Gloucester does not weaken the power of the play. What does distract is the presence of a translator for hearing-challenged actor Russell Harvard who plays the Duke of Cornwall. Whenever Harvard is onstage, his “aide” Michael Arden is nearby signing for him, and I found myself watching Arden too much. Towards the end of the play, the aide and Cornwall argue, using only their hands. Although we don’t hear what they are saying, we get the gist when a shot rings out and a body drops. What also is distracting is the string quartet onstage. Performing original music by Philip Glass, the musicians sometimes made it difficult to hear the dialogue. 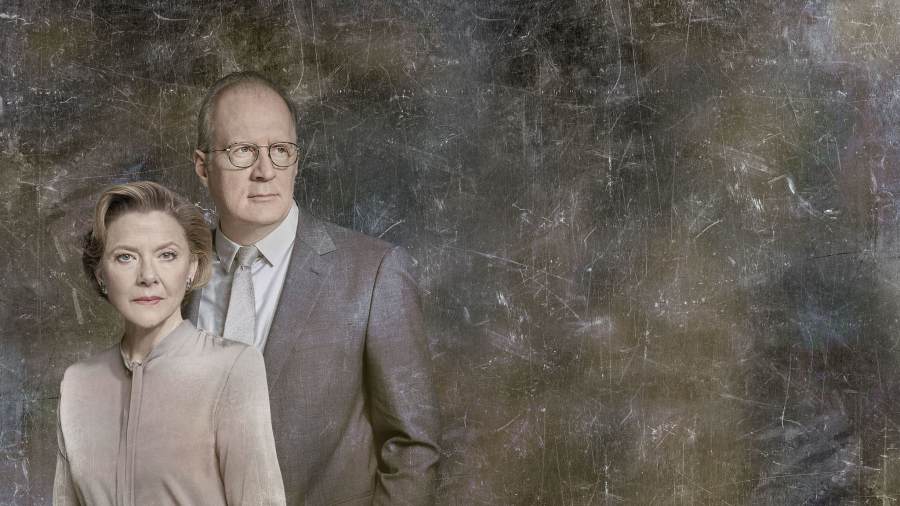 The parent-child relationships in “All My Sons,” are a product of World War II. Kate Keller (Annette Bening) still waits for her son Larry to return from the war, even though his plane went missing three years before. Although they are certain Larry is dead, her husband Joe (Tracy Letts) and veteran son Chris (Benjamin Walker) won’t contradict her. They treat her gingerly, fearing for her mental health.

During the war, Joe Keller’s company knowingly sent the government cracked airplane parts which caused several planes to crash and American pilots to die. Joe claimed that he didn’t know and was exonerated. Instead Steve Deever, Joe’s employee, took the fall and went to prison. Chris tacitly ignores the reality of his father profiting from a war that killed so many soldiers and later faces the dilemma that his father, his hero, might not be a moral man.

Director Jack O’Brien gets a fine performance from Bening. She is a grieving mother, unable to accept the idea that her son might never return, even having a neighbor chart out the horoscope for the day he went missing. Bening is emotionally fragile with moments of strength. She is motherly and supportive, yet vulnerable. Ultimately, she is the one left standing and makes us feel for her.

There are touching moments when we see what she was and how life was before the war. When George Deever arrives to confront Joe, Kate springs into action, becoming the motherly figure she once had been. She plies him with grape juice and George (Hampton Fluker) becomes a young boy again, adoring her attention.

As Joe, Letts, who is usually wonderful (“Who’s Afraid of Virginia Woolf”,) is disappointing as the businessman who claims that everything he does is for his family. He is lightweight and often bears a slight smile on his face. He even appears unctuous at times and totally unaffected by the events going on around him. By the end, he changes, but it is too late. Letts is never a sympathetic enough character for us to care about.

Walker, who was so unsettling as the psychopathic murderer in “American Psycho,” plays a totally different role here. As Chris, suffering from survivor’s guilt, he’s is supposed to be the moral compass of the play. However, Walker strains at the role, trying too hard to be earnest.

With better performances, we would have cared more about the characters. Viewers, especially those who have children, should empathize and perhaps even shed a tear. “All My Sons” is a tragedy about war and its aftermath, about family and about morality. The war may be over, but the survivors still struggle to cope.

Both classic plays, “King Lear” and “All My Sons”, deal with tragedies created by the main characters themselves. Lear puts the events in action when he cedes his throne to two of his daughters, disinheriting the third. Choosing business over morality, Joe Keller hides and then rationalizes his deeds, even allowing a friend to go to jail. The parents make decisions and their children react sometimes violently, reminding us that some things never change.