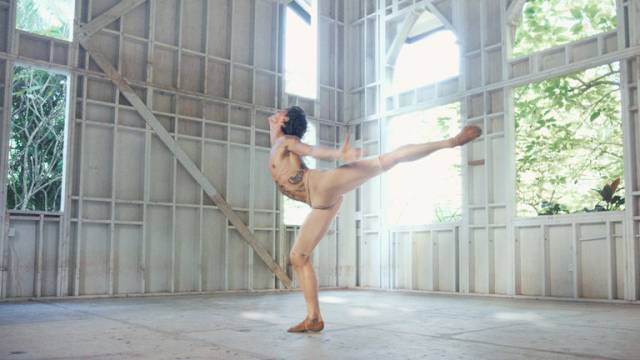 In Dancer, Academy Award-nominated director Steven Cantor points his laser-focus on one of the most awe-inspiring creatures of the ballet world: Sergei Polunin. Considered by many to be this generation's Nureyev, Polunin isn't just fascinating as a dancer, but as a complex and complicated person. After spending time with him, as we so pleasurably do in this film, we better understand his sensitive heart and driving motivation, which is to make his family's sacrifices pay off and become the greatest dancer in the world.

Sergei Polunin, once known as the "bad boy of ballet" due to excessive partying, has a mesmerizing physicality -- "too good to be true," according to colleagues at the Royal Ballet. From his training into his professional career, he worked hard; "I would take twice as many ballet classes as others, work constantly because I knew it was the only way to keep my family together," he explains in the film. That sort of pressure placed on a young man eventually led him to become the youngest ever principal dancer in the Royal Ballet's history; it also led to his decision to quit his job two years later, declaring he was leaving ballet. Now, in his words, he "was free for the first time."

Dancer is structured poetically.  There are moments that words fail to describe for their sheer beauty, both in terms of filming and content, especially near the end of the film where we see the efforts and results of Polunin's supposed "last dance" -- a solo to the Hozier song "Take Me to Church," which went viral right away. Then we get to share his joy as he dances Jerome Robbins' choreography where, for the first time ever, he invites his family to see him. Who cares if you don't like ballet: this film is about humanity, family bonds and what lies beneath the skin of greatness.