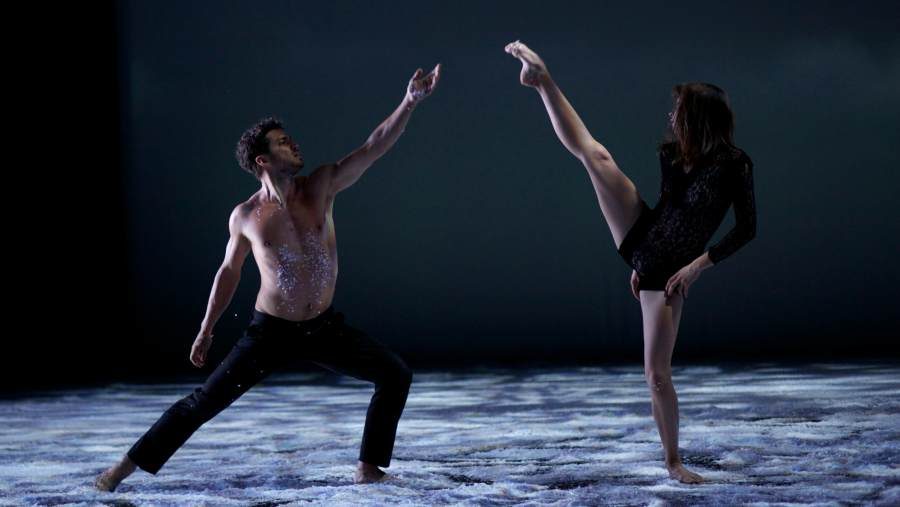 Polina is the first fiction film by the team of choreographer Angelin Preljocaj, and director Valérie Müller, it’s based on a graphic novel by Bastien Vivès which chronicles the journey a young dancer (Anastasia Shevtsova) takes from her hometown in cold Russia, to the vibrant France where she learns dance requires bigger sacrifices than she thought. A psychological portrait of a young woman discovering the world, and a treatise on how to capture modern dance on camera, the film brims with astonishing dance sequences in which the filmmakers are able to make the camera part of the choreography. Even though the dance sequences aren’t “spoilable”, trying to describe them would rob viewers of the chance to become immersed in them. I spoke to Preljocaj and Müller about what they were trying to achieve, adapting the novel, and the way in which dancers see the world.

Most modern films featuring dance sequences make fast, constant cuts so we can no longer appreciate the choreography. In Polina you take a different approach and often frame the dancers as if in a proscenium. Did you partly want to make the film to rescue how dance is filmed?

Angelin Preljocaj: I really wanted to show the real life of a dancer, the romance and journey were important too, but to film dance was the main target of the movie.

Valérie Müller: There are different types of sequences and different types of dance, there are sequences where the dancers are working which we filmed in a special way, and the sequences where Polina improvises dance in nature or the city, are filmed in a different way. The duet she does onstage was filmed from the point of view of the audience but as if they were onstage with the dancers. We really thought about ways to film the body and choreography.

Many people say musicians think in notes, writers see words and so on, do you believe dancers experience the world through movement?

Angelin Preljocaj: I think it’s a little bit like that, all artists transform what they see through their own artistic experience. For example if you think about the Impressionists and Monet who was the father of the movement, what he painted was his impression of what he was seeing rather than an actual realistic representation of what it was, I think with dancers it’s the same, they transcribe what they’re seeing in the service of the language that they understand which is movement.

Can you talk about the process of transforming the graphic novel into choreography?

Valérie Müller: First of we had a lot of freedom with the comic book, we were able to reimagine what the universe of the characters was and to broaden their scope. There were a lot of things we kept from the structure, for example the character of Polina herself, she’s a dancer but at the same time she’s a very modern girl, who is far from the usual cliché dancers we see. Also her dancer master who really becomes her guide as she develops as a dancer. 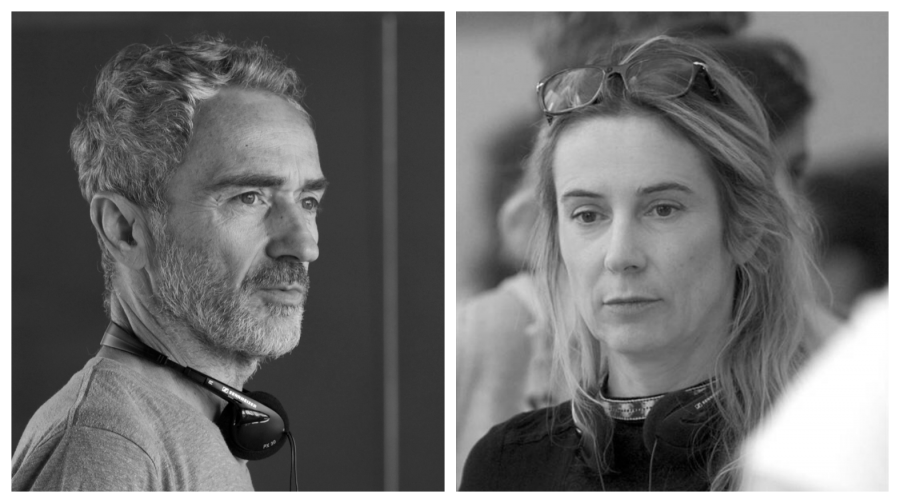 Angelin, Polina is from Russia, you’re of Albanian descent, your trajectories are similar in many ways, I wonder if you saw yourself in her?

Angelin Preljocaj: It’s not just my individual story, it’s the case for a lot of dancers who come from underprivileged backgrounds and families. Nureyev is a perfect example, he was someone from that kind of background who crossed borders to become the renowned dancer he was. Often what you have when you have dancers are people without money and no way of making their living, so what they have is their body. It’s their instrument but it’s also what they’ve been given, so they use it for their art, but also as a way to live.

Polina doesn’t escape Russia for political reasons but she undeniably finds a more peaceful life in France. Given the current political situation do you find that the film has different repercussions today?

Angelin Preljocaj: It wasn’t exactly done in a political way, but you have to look at the reality that modern dance as we know it here in the West hasn’t made an intrusion into dance in Russia. Someone interested in becoming a choreographer would have to go out and experience the world beyond Russian borders, the art of the dance in Russia is magnificent, you have the Bolshoi and the Mariinsky, but they’re within the same framework of classical, so modern dancers have to look elsewhere.

In the last sequence we see a gorgeous duet but it made me wonder what gaze is the camera capturing? Is it us as an audience or is it yet another dance partner instead?

Valérie Müller: We discussed this a lot before we shot this scene. Often when you show a dance performance on film it doesn’t have that emotion of a unique moment that you have when you see it live. We decided that the camera had to become, if you will, a third dancer. Angelin adapted the choreography to include the camera as a partner. 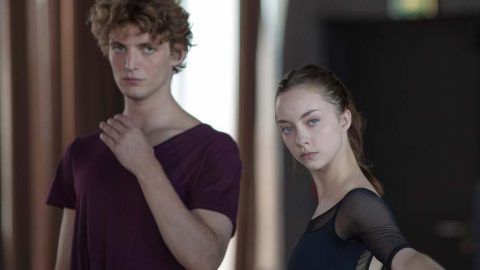 Angelin Preljocaj: In a way the camera plays the role of a dancer with two partners, but it also becomes us, the viewer, so you have a very subjective role for the camera to play in this scene.

Angelin, you’ve been very vocal about your love of the word “hybrid” to describe art, how would you describe Polina as a hybrid concept?

Angelin Preljocaj: My main intention when we made the film was to really have a film that dances, in order to achieve that concept we wanted dancers who were really dancing. There are no doubles, they are dancers in a very organic way, like the way food is described in America, but also the dancers are acting and the actors are doing their own dancing. All these aspects form the reality and the truth of the bodies we see onscreen. In order to achieve this we did a lot of rehearsal, so that everyone would be able to do what they had to do on camera.

I always say that 2001: A Space Odyssey is the film that best captures the art of dance; however, I’m neither a dancer nor a choreographer. So I’m curious, what are some movies you think best capture the beauty of dance?

Angelin Preljocaj: (Laughs) Just to let you know, 2001: A Space Odyssey, is one of the films I often cite as being one of the best representations of dance and choreography onscreen. I think it’s a film that tries to unite the ideas of time, space and the body, all in one representation. What’s amazing about the film also is Kubrick’s choice of music which really helps convey all of this. This film is one of the great choreographic works onscreen and I often think about it when I choreograph my own work.

Polina is in theaters tomorrow.