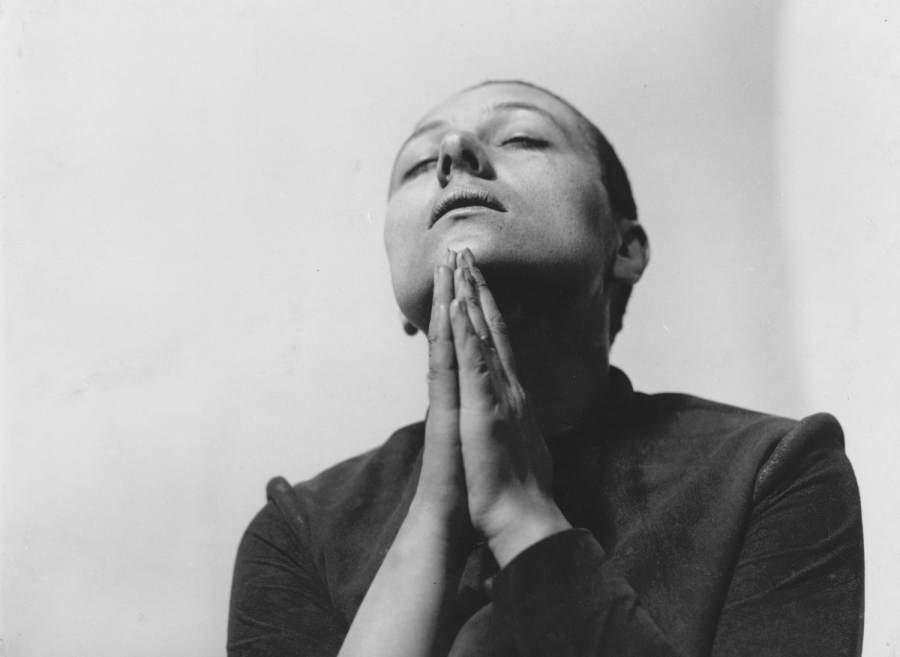 There is almost nothing one can say about The Passion of Joan of Arc that hasn’t been said before, and yet like with most timeless works of art, one can’t help but keep trying to put into words what can only be felt. C.T. Dreyer’s film is perhaps the closest cinema has come to capturing spiritual intimacy, as we see a whole world of love, doubt and compassion displayed on Falconetti’s incredible eyes. Film Forum is presenting a stunning new restoration featuring “Voices of Light,” Richard Einhorn’s composition inspired by the film. Here are our reasons why this is a must see:

From Einhorn’s “Voices” oratorio, to Cat Power’s album covers, and Nick Cave’s own instrumental accompaniment to the film, Passion is the kind of work that elicits an artistic response in those who are overtaken by its power. Considering once upon a time religion inspired the most breathtaking art, Dreyer’s film seems to have perpetuated that trend during the better part of the 20th century. We don’t get murals depicting lives of saints anymore, but every time a musician, a photographer, an author, or Godard pay tribute to the film, it’s clear that spirituality is still an inspiration.

Who would have guessed that closeups of a human face for an hour and a half would make for a compelling film? In what must’ve been a huge artistic gamble, Dreyer and director of photography Rudolph Maté dedicated the entire film to capturing Falconetti’s facial expressions. Her eyes tell a story that not even a million words could convey, and even went to inspire music videos like Sinead O’Connor’s “Nothing Compares 2 U.” The film’s use of Dutch angles and shadows would also be highly influential for German expressionism, and its use of space would be highly influential for filmmakers like Ingmar Bergman.

3) Its message is more relevant than ever

Seeing a powerful woman crucified by men who don’t understand how she has such influence feels a little on the nose. Was Dreyer being prescient or sadly enough, have we changed so little in such a long time? Watching the film one can’t help but think about all the sexual harassment and abuse stories in the news, the 2016 Election, and the way in which the patriarchy continues trying to eradicate women they fear.

Now more than ever we seem to be repeating the same mistakes that have led us to conflict in the past, which is why it’s important to have art that not only chronicles historical facts, but also sees them through a challenging lens. Even if The Passion of Joan of Arc is based on transcripts from the actual trial, Dreyer and Falconetti see it through the lens of a world in between wars. Every scene is daring us to become better people.

1) Falconetti
In what proved to be her final film role, Falconetti defined the entire history of cinema acting. In every scene she is so connected to her character that it’s hard to believe this isn’t a documentary filmed by some time traveler.  Without dialogue and speeches, Falconetti allows us to take a peek into Joan of Arc’s soul. We see her innocence and the inner journey she took in order to become one of the most legendary leaders of all time. What’s most powerful is seeing her shock upon deceiving herself. When her pain becomes too unbearable to contain, we can’t help but want to feel it for her, to give her some solace. Watching the film makes one feel as if Falconetti invented the concept of empathy.

For more information on The Passion of Joan of Arc click here.