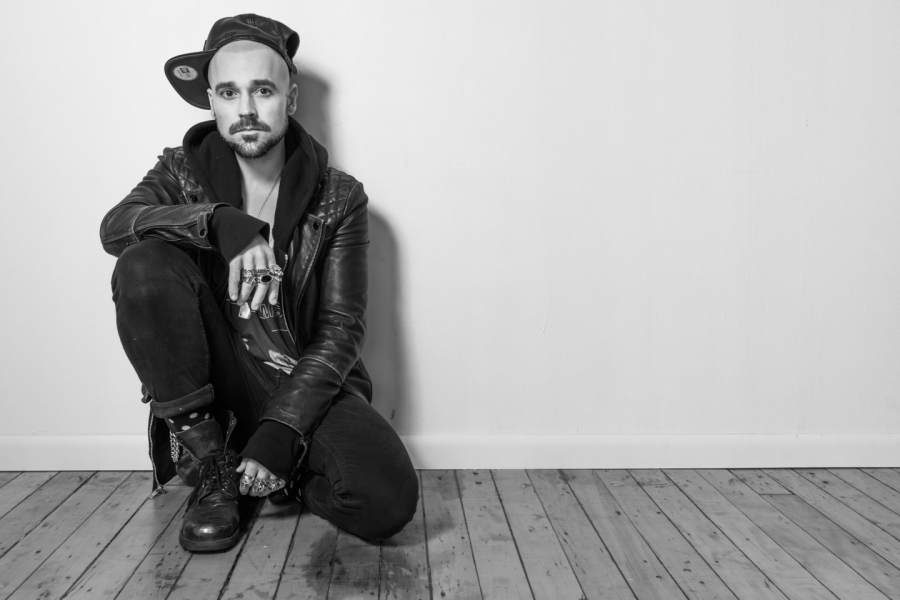 With its combination of camp, rock, and pinball, Ken Russell's Tommy redefined the movie musical in the mid 70s. Based on the concept album by The Who, the film centered on the life of the title character, a blind, deaf and dumb young man who becomes the leader of a cult. The film itself became object of cult and even garnered Ann-Margret an Oscar nomination (and a Golden Globe!) for her portrayal of Tommy's mother. Now, multidisciplinary enfant terrible Kenyon Phillips is taking Tommy for a spin, in a queer concert version called Night of a Thousand Acid Queens set to premiere at Joe's Pub on 09/11 and featuring Tony winner Cady Huffman, Erik Liberman, and the legendary Michael Musto. We spoke to Phillips about his take on the material, what he's looking forward to the most, and the importance of queer art in our era.

Why did you choose the Tommy film and not the album or the Broadway musical as inspiration for your queer take?

The album was too brilliant and the Broadway musical was too tasteful, in my opinion. I take my inspiration crazy, flawed and over-the-top, which is exactly what Ken Russell’s movie version of Tommy is to me. As much as I love The Who, I’m even more of a Ken Russell fan. To me, his aesthetic is as queer as it gets — just look at the nude wrestling scene in Women In Love! And Derek Jarman, a pioneer of queer cinema, was one of Russell’s protégés. Another connection I had to the movie was through Russell’s widow, Lisi Tribble. She’s old friends with Michael Musto, who came up with the idea for this show in the first place. And we’re producing it with Lisi’s blessing.

You're no stranger to biographical shows, does Tommy have any similarities to your show The Life and Death of Kenyon Phillips?

I never thought about it until you asked, but yes! Both shows feature similar themes: child abuse, narcissism, icky mother-son relationships, and the cult of personality. The central character is ultimately rebelled against and abandoned for being a controlling, manipulative asshole. And in the end, both Tommy and Kenyon Phillips are forced to admit their vulnerability and come to grips with the fact that they just want to be loved.

Have you been studying Roger Daltrey's performance or are you creating your Tommy from scratch?

Nobody does Daltrey better than Daltrey, so I’m creating my Tommy from scratch. Part of it is my vocal range (or lack thereof), but my Tommy is more Frankenfurter than Daltrey. Which is kind of perfect, given that this is a queer production.

What's your favorite scene in the movie?

That’s easy. The Acid Queen! Tina Turner is giving me life in that scene. Especially the part where her lips are just quivering.

What's your favorite Ann-Margret outfit in the movie?

When she’s covered in baked beans, chocolate and soap suds during the “Champagne” number.

What was the challenge in casting your version?

Remarkably, there weren’t too many challenges. Scheduling can be a huge challenge, but it wasn’t this time. And I was able to cast my friends, which helps. Most of the cast are alumni from The Life And Death of Kenyon Phillips. Cheryl Freeman was in the first version of the show, Cady Huffman directed the latest version, and Michael Musto has been in every version. Cheryl was integral, given that she was the original Acid Queen in the Broadway production. Michael was born to play Uncle Ernie, so that was another no-brainer. And Cady is my spirit mom, so she had to play the Ann-Margret role. She blows the roof off of “Smash the Mirror,” which the musical director, Eric Miranda, extended for her.

What song are you looking forward to doing the most?

“I’m Free.” Eric had this idea of doing it the way Tim Curry did his numbers in The Rocky Horror Picture Show: sexy and low and dangerous, with a Fifties doo-wop kind of thing. And then in the middle, we segue into one of my favorite Who jams, “I Can’t Explain.” It’s definitely an unorthodox approach, which is probably why I love it. 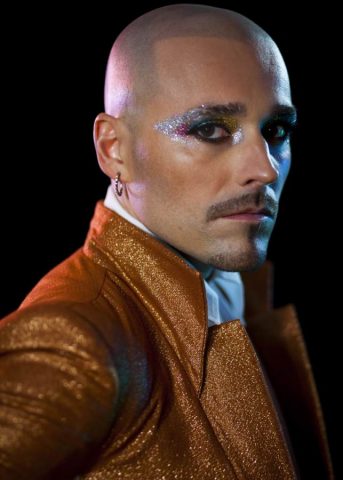 What would you ask the Acid Queen to give you?

Freedom! She may be an addict, but she’s one of the most uninhibited characters I can think of — free of responsibility and the fetters of the mundane!

How has the current political situation changed or affected the way in which you see yourself as a queer artist? Why is it important to showcase queer art today?

As a kid in the late eighties, I remember feeling like queer artists in the States were under attack with Jesse Helms trying to shut down the NEA and using Mapplethorpe as a rallying cry. But that was nothing compared to what’s happening now in this country. Not only are queer artists under attack, diversity is under attack. Culturally, it feels like we’ve taken a giant step backwards. To be an artist is to be fearless. And to be a queer artist is to be extra fearless. The irony, of course, is that our great homophobic nation was built on a queer cultural foundation — from Cole Porter to Andy Warhol to Bruce Weber’s homoerotic campaigns for Abercrombie & Fitch. To showcase queer art today is to showcase the fact that we’re all a little queer…aren’t we?

For more information on Night of a Thousand Acid Queens: A Queer Concert Version of The Who's Tommy click here.