May 2, 2017
Cabaret
Theater Feature
East Village
New York
Tori Scott
Interview: Tori Scott on Bette Midler, Patrón Silver and Why We All Need a ‘Plan B!’ 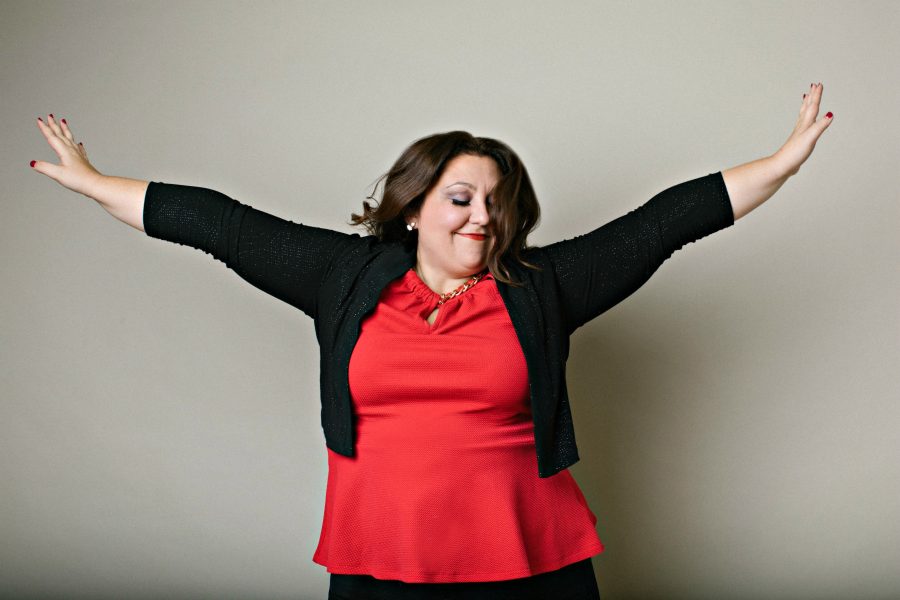 The hilarious Tori Scott is back at Joe’s Pub with Plan B!, an autobiographical show in which the storyteller with the pipes of gold will use songs by Madonna, Judy Garland, Heart, and more, to illustrate pivotal moments from her life. Scott is the kind of performer who grabs her “poor life choices” and turns them into bittersweet comedic nuggets, making her a pure joy to watch. Plan B! will mark her month long residency at Joe’s Pub, so we spoke to her about what she has in store this time.

Plan B! is as ingenious a title as Make America Gay Again, how do you come up with titles that mean so much? Do they come first or last in the process?

Titles are so stressful so a lot of prosecco is involved. It tends to happen in the beginning of the process for me. Once I have figured out what story I want to tell, I go back and forth with my music director, Jesse Kissel, and my co-writer (and enabler) Adam Hetrick and we brainstorm ideas. It’s a nerve wracking process made all the better by having those two wonderful guys helping me.

Many performers are told to have a “plan B” in case art doesn't work out, what line of work would you be in if you weren't an artist?

I would run a cat café….but there’s probably no money in that either. The thing is, I started doing these comedy/cabaret shows because I wasn’t getting cast in anything. It was my way of creating my own performance opportunities. That was my plan B. And these shows have evolved into more than I ever thought possible when I did my first show at Joe’s Pub 5 years ago. I think it’s wise to have many Plan B’s in your life. You never know what could end up resonating with people.

You have a three week residency at Joe's Pub, will the shows change in that time? Will the last show be the "ultimate" Plan B!?

I have a feeling the show will evolve in parts from performance to performance. I’m constantly reworking and rewriting and I’m sure with each show something new will emerge. I make a lot of pop culture references in my shows and honestly, these days, you really never know what is going to happen!  It keeps me on my toes and keeps things fresh.

I once drank too much moonshine at a wedding in Florida that I jumped into the hot tub with my dress still on. Click To Tweet

You're often compared to Bette Midler, so which are your fave song and movie by the Divine Miss M?

Being compared to Bette Midler is an amazing compliment. She is, in my book, the greatest living entertainer right now! If I could have just a fraction of the career that she has had, that would be a dream! She is definitely an inspiration and has had a huge impact on me as a performer. When I was 10 years old, I sang “Wind Beneath My Wings” to a teacher who was retiring at my elementary school. That was my first time covering Bette, and certainly not my last. I have two songs I enjoy covering of Bette’s. Her version of “Do You Wanna Dance” is such a wonderful arrangement of a classic song. And then, there is “Stay With We” from The Rose which will rip your heart out! Beaches made a lasting impression on me growing up, as did Hocus Pocus and The First Wives Club. I can watch those movies on repeat and quote them. But, when I was in college, I discovered The Rose and that changed everything. I began to dive deep into the Bette Midler of the 70s. The concerts, the albums, the bathhouse! This woman was fearless and funny and bawdy! I actually had the opportunity to sing at a gay bathhouse a little while back and thought “Wow! This is really my moment to be just like Bette Midler”. But something tells me Bette didn’t have sing at 2:30am to a room full of drunk, naked men. Times have changed.

The show promises "slurred autobiographical stories", what's your poison of choice before the slurring?

If they named a drink after you what would it be made from?

Even though vodka is my drink of choice, I feel like it would have to be a drink made with moonshine. I was born in Tennessee, raised in Texas, and I once drank too much moonshine at a wedding in Florida that I  jumped into the hot tub with my dress still on. And moonshine tastes like gasoline, which seems like a bad decision. And, as a bad decision expert, this all just seems very fitting for my “brand”. 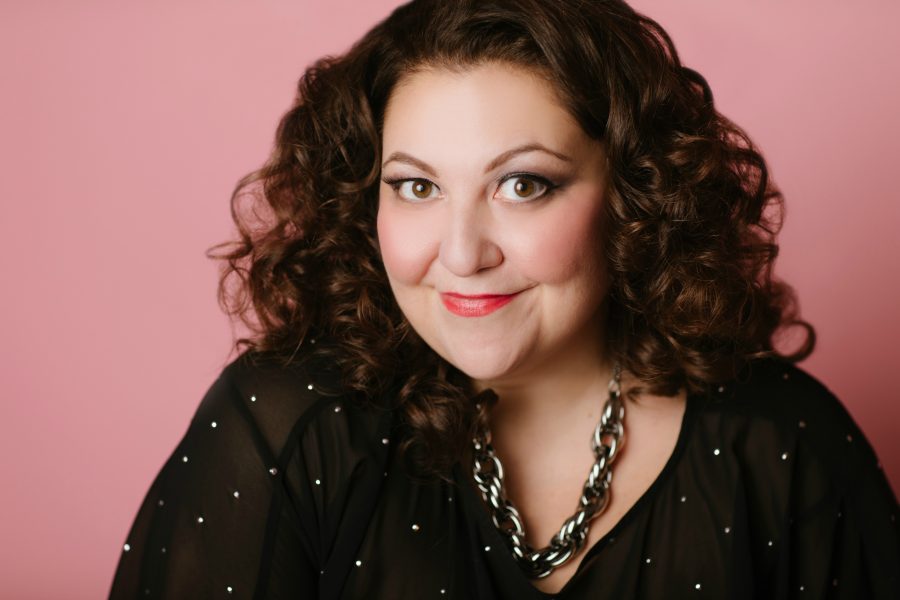 You'll be doing songs by Judy Garland and Madonna, two of the biggest gay icons ever. Why do you think the gay community has such affinity for them?

They are two very different artists, so I can’t compare the them, but I think their talent and honesty speaks volumes. With Judy Garland specifically, there was such a vulnerability to her performances that I think touches people in a very deep way. Judy Garland’s voice gives me chills. There’s no one like her. And Madonna has been fearless and in control of her sexuality in this dominating and powerful way that I can only imagine spoke to many gay men at the time she first rose to fame. The only thing that makes me sad is that Judy Garland wasn’t able to take control of her career the way that Madonna has.

I've been lucky to perform on a gay cruise for 2,000 bears, and I've performed in Fire Island and P-Town. And the gay men I've met after those shows just really love a woman who can belt. And I feel very at home around people who love belters. Thank god for gay men!

If someone asked you to write a jukebox musical about Madonna, what would you call it and what would be the 11 o'clock number?

This is a great idea! If they are doing one about Cher, why not do one about Madonna? I would call it Human Nature and then the producers would make me change it to Material Girl to sell more tickets. Andy Karl could play Sean Penn!  Ramin Karimloo could play Guy Ritchie!  And Hugh Jackman (if he’s available) could play Warren Beatty! The production numbers would be huge and the dancing would be outrageous and then the crowd will go silent for her 11’ o'clock number “Oh, Father” when she finally realizes, “Bitch, I’m Madonna” and she doesn’t need the approval of a man.  But before we do a Madonna musical, can someone please write A League of their Own the musical?!

I feel very at home around people who love belters. Thank god for gay men! Click To Tweet

What song have you been dying to perform during a show but haven't been able to yet?

Another one of my idols is Dolly Parton. And while I have been able to put quite a few Dolly songs into my previous shows, I have never found a way to include “Jolene”. This song is by far one of my favorite songs of Dolly Parton. Everytime I approach a new show, “Jolene” is one of the first songs on the list to try and include. It will happen eventually. I actually covered “Jolene” on a demo many years ago and it still lives on my MySpace page because I cannot for the life of me figure out how to get rid of that page! It will live on forever I guess on the internet.

The way in which you incorporate music into your stories makes me feel like your life is a big awesome musical, so what classic musical would best describe your life?

I grew up listening to musicals and performing musicals in school and in community theatre and it, obviously, had a strong impact on my life. I think the best way to describe my life is through the musical Annie Get Your Gun but mostly Act 1 and without the guns. And instead of Frank Butler being an actual man, Frank is New York City and I have a love hate relationship with the city and show business. I actually played Annie Oakley in a high school production and ended up crashing on a motorcycle on stage. There’s no business like show business.

Humor is more important than ever. What funny people/movies/shows/books have given you comfort in this terrible political climate?

Comedians are doing the best job of dealing with what is happening in our country right now. I love observational comedy and comedians commenting on our political issues do so in a way that is an honest observation and a realistic approach to the tragedies happening every day, but also really funny to make it all go down easier. John Oliver and Samantha Bee should be required viewing right now!. I’ve had to stop watching cable news because everyone talks over one another so these two provide me with a lot of insight and some great laughs. They are actually doing better journalism than many “respected” news outlets now.

What's on your Sondheim bucket list in terms of a character you'd love to play and your fave of his songs?

I would love to play the Witch in Into the Woods and Mrs. Lovett in Sweeney Todd one day. And I am currently available and ready to take on either of those roles! I can’t possibly pick a favorite song of Sondheim’s because that’s always changing. As I get older, my favorite songs or characters continue to evolve. I remember when I was younger, my least favorite song in Into the Woods was “No More”. Then about 5 or so years ago, I saw Into the Woods at the Delacorte Theater and it was like I heard “No More” for the first time! And it crushed me! It’s pretty incredible when someone can fall more in love with a musical as a child and the older they get, the better the musical actually is! “Being Alive” from Company is wonderful…”Every Day a little Death” from A Little Night Music is gorgeous…”Finishing the Hat” from Sunday…”We Had a Good Thing Going” from Merrily….. The list goes on and on. How lucky are we to be alive with Stephen Sondheim??

For more on Tori Scott’s Plan B! click here.

Interview: Bebe Neuwirth on Discovering the Meanin...
Interview: Rachel Tucker on Playing Elphaba and Si...
Interview: Lea Salonga on Returning to Feinstein&#...
Interview: Susan Egan on ‘Beauty and the Bea...