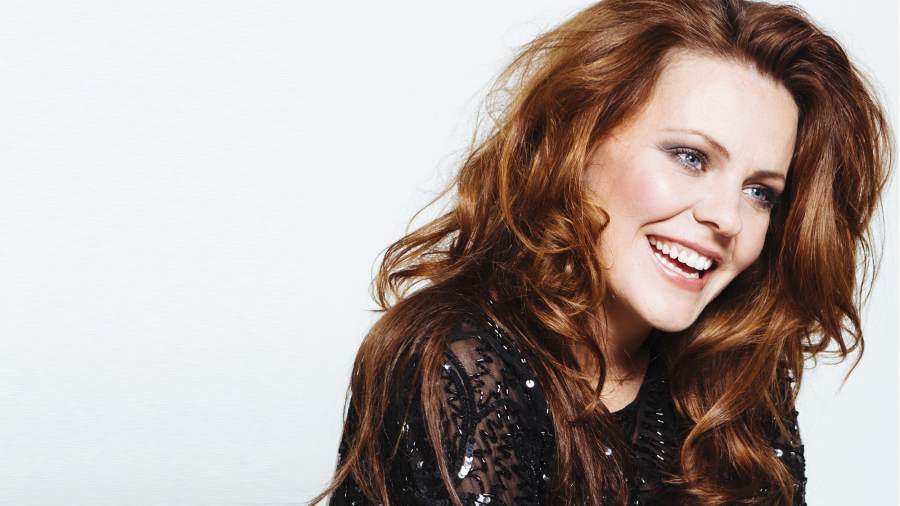 Rachel Tucker is making her Feinstein's/54 Below solo debut this week. We caught up with her via e-mail to learn what she has in store for the shows, playing beloved characters, and how Oz has influenced her life.

You played Elphaba longer than any other actor in the West End, what was it like to live with her for so long? How did your impressions of the character change after months of playing her?

Elphaba has and will always have a huge place in my heart. It was only because I played this role for as long as I did, I could invent more of her character & experienced character development on a huge and long term scale. I loved this! I was able to dig deeper and go further with her and explore what else makes her who she is. Time could only but change how I played her and how she received other characters around her. To live and breathe her almost everyday for three years (plus then a year on Broadway) was amazing and my dream come true but also intense, challenging, beautiful, educating, rewarding and most of all extremely satisfying!

How do you keep a performance fresh every night when you've been doing it for so long?

I think I'm one of those actors who enjoys the discipline of the constant repetition and enjoying finding my characters moment to moment. I get a kick out of it! The kick is finding it, I love that. Therefor it keeps your performance ‘fresh’ or I would say it keeps the truth present and honest.

Why was it important for you to start your solo tour in Belfast?

Well it was important for me to either started or end my tour there. As it's my home city I feel very proud and honoured to be able to take my own solo show back home and celebrate my achievements and success with the people who got me there, my beautiful family and friends and the people of Northern Ireland; the biggest hearted people in the world! I'm also patron of a drama school there, James Huish Academy and I'm very encouraging of young people and positivity around theatre and what they/you can achieve when you want it enough.

Your sister played Dorothy in school as a child, did you expect Oz to be such an essential part of your lives for so long?

Absolutely no idea! I saw my sister play Dorothy when I was 7 or 8 and that was the moment I realised that you can replicate the beauty of the musicals from television to real life, on stage live and have people watch and clap? This is what I have to do! I feel very fortunate that Wicked was created and happened for my generation of musical theatre. I feel like it was a role I was born to play, I know this isn't true but the first time I watched Wicked was on Broadway and I was so flabbergasted by how it made me feel and couldn't believe feeling the deepest urge and need to portray this role.

You were terrific in The Last Ship, the songs in the show always felt intimate despite being on a huge Broadway stage, what have you discovered about them when you sing them in nightclubs?

They work! Sting's music has a pull, a connection with every audience I have ever sang those songs to. It doesn't matter how big or small your stage or audience are, when music and lyrics work they work everywhere! I adored creating the role of Meg in The Last Ship. Not only was it my Broadway debut but I got to work with the best creative team and cast ever!

Absolutely not! This question really made me laugh out loud!!! It usually involves a very large glass of red wine, some home-cooked food and our son running around our feet in the evening wanting us to play with his Star Wars figures! But we will always decompress by chatting about the rehearsal from that day as it's part of our day and it's good to know we're on the same page. He is a fantastic director. While completely putting me through my paces he knows when to pull back and let things just be and at exactly what time of the night to say stop hand me that very large glass of wine!

You sang "Cabaret" on I'd Do Anything. Is Sally Bowles among the characters you'd like to play at some point?

I would love to play Sally Bowles someday. She has always been a character I've really enjoyed watching been played by many different woman, many times. My first experience was watching Gina Gershon play her on Broadway and I was floored by her performance and the whole production.

Does your process change when you act in different mediums?

No, not really. I've just recently got my first telly job, a TV drama for BBC. The only difference for me in the audition was bringing my acting choices and volume of the scene down a few notches. I was stiller with it than I would be on stage and same as I always do; actioning my scenes and knowing what's at stake for the characters involved then, just playing the scene.

What are you looking forward to the most about your Feinstein's/54 Below debut?

Well it's not the first time I would've sang at this beautiful venue, but it is my first solo show there! I'm really excited about bringing my own show that I've personally created with my MD and husband and telling my story to an American audience. I'm excited to see if they're reaction is different to the UK audience, I thrive on this. And most of all I'm really excited to show New York who Rachel Tucker really is!

What Stephen Sondheim characters are on your bucket list?

Eh all of them! I love Stephen Sondheim's music, his shows and the characters in them. I was Lucky enough to play Desiree in my college's production of A Little Night Music, it's a dream of role and it's on my bucket list for when I'm on the right age to play her! I'm reluctant to say the Witch from Into The Woods as I think I've spent long enough playing a witch, however it is a terrific part. I'd love to play Mrs Lovett from Sweeney Todd and Mary in Merrily We Roll Along. But my absolute dream role when it comes to Stephen Sondheim, would be to originate a role with the man himself on his next new production! #PuttingItOutThere!

For more on Rachel Tucker at Feinstein's/54 Below click here.