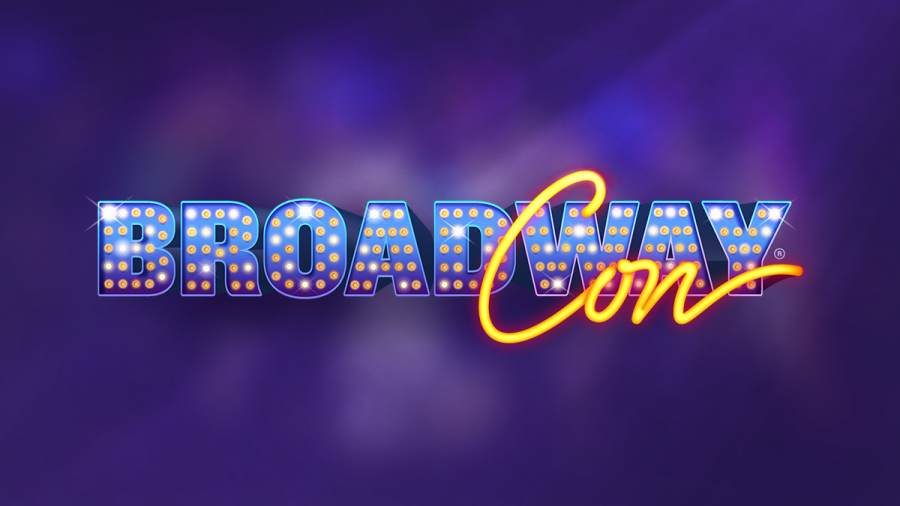 One of the most anticipated events at BroadwayCon each year has got to be the BroadwayCon First Look. Where else can you hear first hand about the hottest new shows hitting Broadway in the coming year? BroadwayCon 2018's First Look introduced us to five shows, from musical comedies to love stories and, of course, that Harry Potter play no one can get tickets to.

If you didn't make it to BroadwayCon this year, we've got your back. Here's a rundown of the shows announced this year and the most important information we learned about each:

Subtitled "Broadway's New Musical Comedy With Issues," The Prom was the first show announced at this year's BroadwayCon First Look. The story features two big Broadway stars: Barry Glickman and Dee Dee Allen (played by Beth Leavel and Brooks Ashmanskas, respectively) who find themselves in the lurch when their pretentious play about Eleanor Roosevelt gets slammed so hard by the New York Times that it's forced to close on opening night. Worst of all, the review calls both Broadway stars "out of touch."

Berry and Dee Dee decide to turn their backs on showbiz for a while and make a difference in the real world. When they hear about an Indiana high school forbidding a lesbian girl to take her girlfriend to the prom, Barry and Dee Dee have found their cause. They descend on Indiana with picket signs and righteous indignation. Despite fierce opposition from a few parents, the high school's open-minded principal seems to have the situation well in hand before Barry and Dee Dee show up, and their arrival only throws everything into chaos.

It was this moment that the cast played for the BroadwayCon audience, followed by a big diva-style number in which Dee Dee berates everyone for their close-mindedness and claims repeatedly that it's not about her. It's about... that poor lesbian girl whose name Dee Dee has trouble remembering. Meanwhile, the principal is simply starstruck, the parents are outraged (but also confused), and poor Emma - that's her name - is petrified. Cleverly playing off of showstoppers like those from Evita and Sunset Boulevard, and wonderfully executed by Beth Leavel, the song was hilarious.

Our next sample of the show came in a sweet, powerful number from Caitlin Kinnunen, who plays Emma. Addressing her girlfriend, Emma sings about how she doesn't want to start a protest, she just wants to dance with her date at the high school prom. Caitlin Kinnunen's powerhouse vocals carried the song well.

In short, The Prom looks like it's going to be both hilarious and lovely, with a clever script, memorable songs, and something for everyone. Creatives include Bob Martin, Chad Beguelin, and Matthew Sklar. Casey Nicholaw directs, and the show opens on Broadway November 2018.

Children of a Lesser God

The next play announced, Children of a Lesser God, isn't exactly new. It premiered on Broadway in 1980 (winning the Tony, Drama Desk, and Olivier Awards for Best Play) but it's now getting a revival under the direction of Tony-Award winner Kenny Leon.

Starring Joshua Jackson and Lauren Ridloff, Children of a Lesser God tells the story of two teachers at a school for the deaf. According to director Kenny Leon, this is a play about listening to each other: something we could all do more of. While the cast didn't play any scenes for us, they did introduce themselves, and deaf actors John McGinty and Lauren Ridloff taught the audience a few theatre terms in ASL. We also learned that Lauren Ridloff taught Leon sign language, after which he decided she'd be great in the play.

Using the hashtag #StartListening on social media, Children of a Lesser God begins previews March 22 ahead of an April 11 opening date.

Gettin' the Band Back Together

While it doesn't look quite as cleverly executed as The Prom, Gettin' the Band Back Together definitely seems like a fun, feel-good musical that will be heartily appreciated by anyone who's ever had a midlife crisis.

In his high school days, Mitch dreamed of becoming a rock and roll star, but he gave that dream up for job security as a successful banker. All that changes, however, when Mitch, now in his forties, gets fired and has to move back in with his mother in New Jersey. Against the threat of foreclosure, Mitch is forced to track down his old high school buddies and "get the band back together" for one last chance at success: if they win the battle of the bands, they can make enough money to save Mitch's family home from foreclosure and maybe just win back his old high school sweetheart at the same time.

Four of the actors (playing Mitch and his fellow band members) performed a number in which Mitch considers getting the band back together but finds the concept too ludicrous. Together, the four comedic actors turned a performance that would have done Jack Black in School of Rock proud.

Writer and producer Ken Davenport explained how he got together some of the funniest actors he could find, gave them a basic situation, and had them improvise the rest of the story. That makes Gettin' the Band Back Together the first Broadway show developed fully through improv. Mark Allen is the composer/lyricist, and John Rando directs. Gettin' the Band Back Together begins previews July 19, with an August 13 opening night.

Harry Potter and the Cursed Child 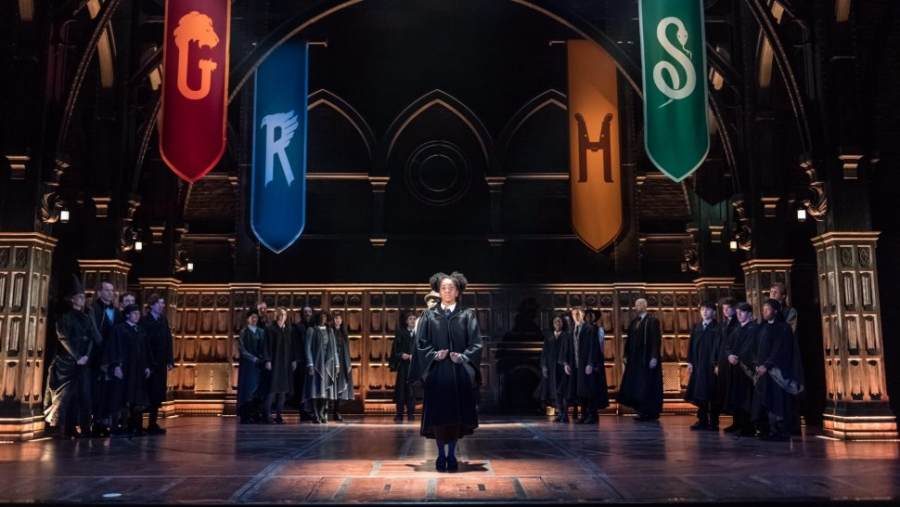 Sadly, what may just be the most anticipated Broadway show of 2018 made only a brief video appearance at the BroadwayCon First Look. The announcement that the cast was too busy rehearsing to come in person to BroadwayCon was obviously disappointing news to the thousands of BroadwayCon attendees, but we take what we can get where Harry Potter is concerned. (Am I right? I'm right.)

The video featured clips of cast members talking about what it's like to "return" to Hogwarts in a way that feels both familiar and new. Some of the London actors reprising their roles on Broadway discussed the excitement and challenges of working with a cast that, similarly, introduces new actors while still retaining original cast members.

Written by Jack Thorne based on a story by J.K. Rowling, Jack Thorne, and John Tiffany, Harry Potter and the Cursed Child begins previews March 16 at the Lyric Theatre.

The final play announced was Jimmy Buffet's Escape to Margaritaville: a chill, beach-flavored musical featuring the songs of - who else? - Jimmy Buffet. Paul Alexander Nolan and Alison Luff, the two main actors, wearing Hawaiian garb, performed the song "A Pirate Looks at Forty," a Jimmy Buffet song which didn't make it into the musical until early audiences practically demanded its inclusion. Played on acoustic guitar with folksy harmonies, it was a nice, low-key moment in a weekend of big Broadway showtunes.

Actor Paul Alexander Nolan, who plays bar-singer Tully in the musical, said he enjoys working with Jimmy Buffet in rehearsal and modeled his character on the singer/songwriter.

Andre Ward, playing the character Jamal in Escape to Margaritaville, then performed the more upbeat Buffet song "Volcano": a high-energy number that became infinitely more exciting when the BroadwayCon staff turned a ton of giant beach balls loose on the audience.

Directed by Christopher Ashley, with a book by Mike O'Malley and Greg Garcia, Escape to Margaritaville begins previews February 16.